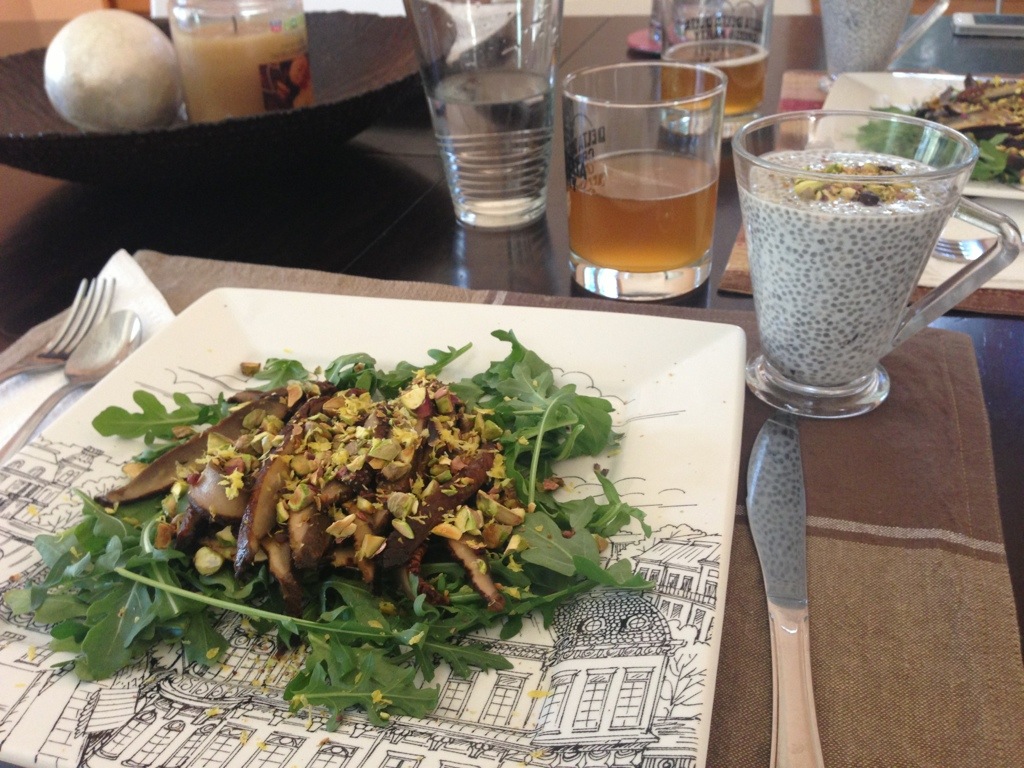 The main meal here was the mushroom thing based on the recipe below. Meredith had made it a while ago and we decided to do it again. We actually had planned it for the night before but scrapped it for lunch the next day so it had a long marinade. Meredith had found this mixed light-dark miso paste that was very good. We served it on a bed of arugula. Itdidn't make much but it was extremely flavorful. I would happily make it again, but I would make more. I think Meredith_may_ have used less oil.

Meredith also made chia pudding. I do not recall all of the details but basically chia seeds in vanilla almond or coconut milk and let it pud (yes, it's now a verb) in the fridge. We topped it with chopped pistachios. It is very good and pretty easy. It tasted a bit like tapioca pudding but much easier to make. I also added some splenda to mine to make it sweeter. Oh, and we also used dried fruits.

Finally, we threw together a banana bread. There isabsolutely no chance we could make it again or even describe it. We were trying to make a banana filling with mashed banana, splenda, maple and some other syrups. It got way too soupy so we tried to add some corn starch. Still not muchsuccess. Finally, we gave up and made it into banana bread. Meredith did it and I do not recall the details but it got very puffy. Whatever Meredith looked up called for some cider vinegar. Of course, when we added the baking soda, it bubbled. So we added some baking powder. It was a bunch of adding this and that until we were satisfied. We divvied it up into mini-muffin tins and theseramekins. They came out a bit tough (probably too much mixing) but they were really good. I was happy with them! 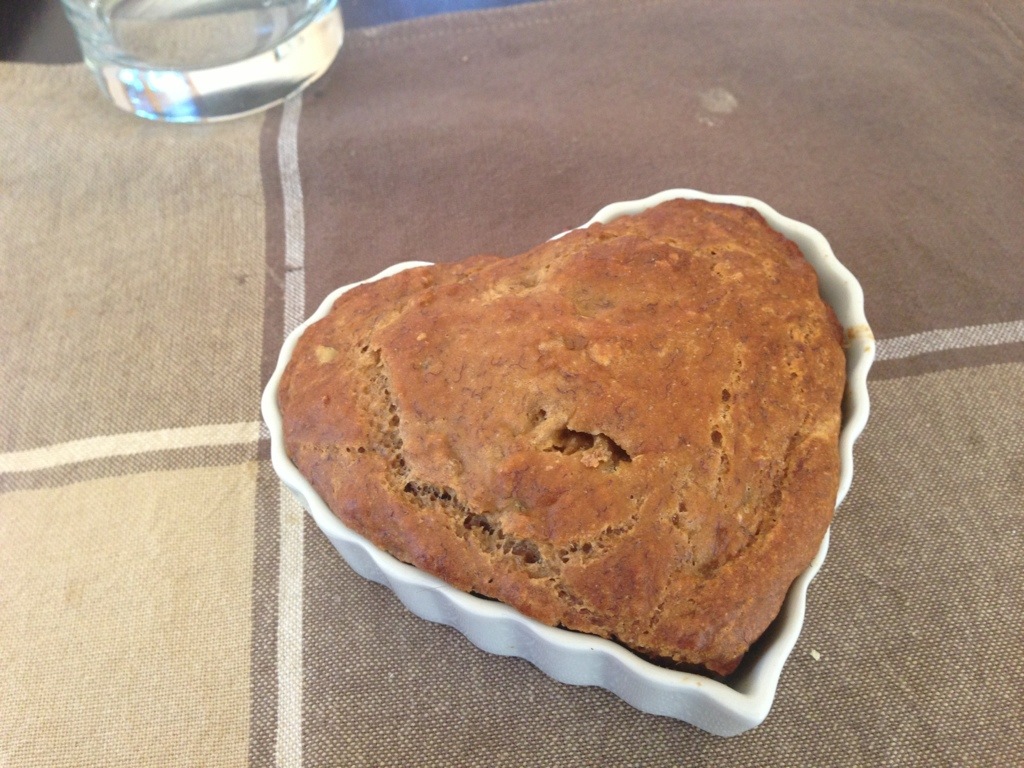