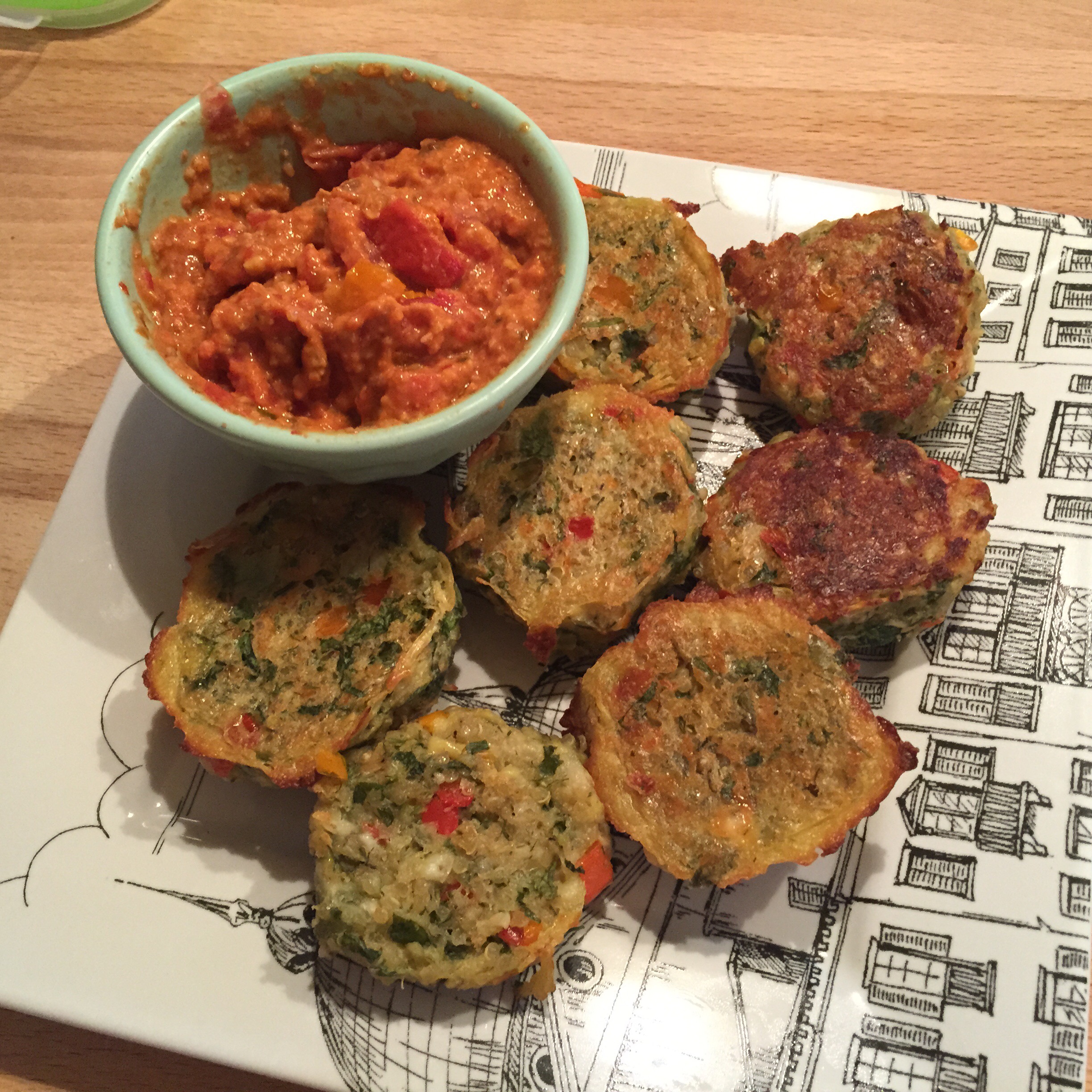 We still had leftover halloumi and Meredith had come across this recipe for Keftedes (local link below). We prepped this the day before which made cooking easy.

However, we made a good number of changes including:

So basically, it was inspired by the recipe, We also completely changed out the sauce and instead used some romesco with oven-roasted chopped tomatoes.

They were very good. A lot of interesting flavor with a Mediterranean note (read: I tasted olives despite there not being any but still liked it...probably the feta).

However,note for next time: use non-stick aluminum foil!

Quinoa and Halloumi "Keftedes" (from Souvlaki for the Soul)