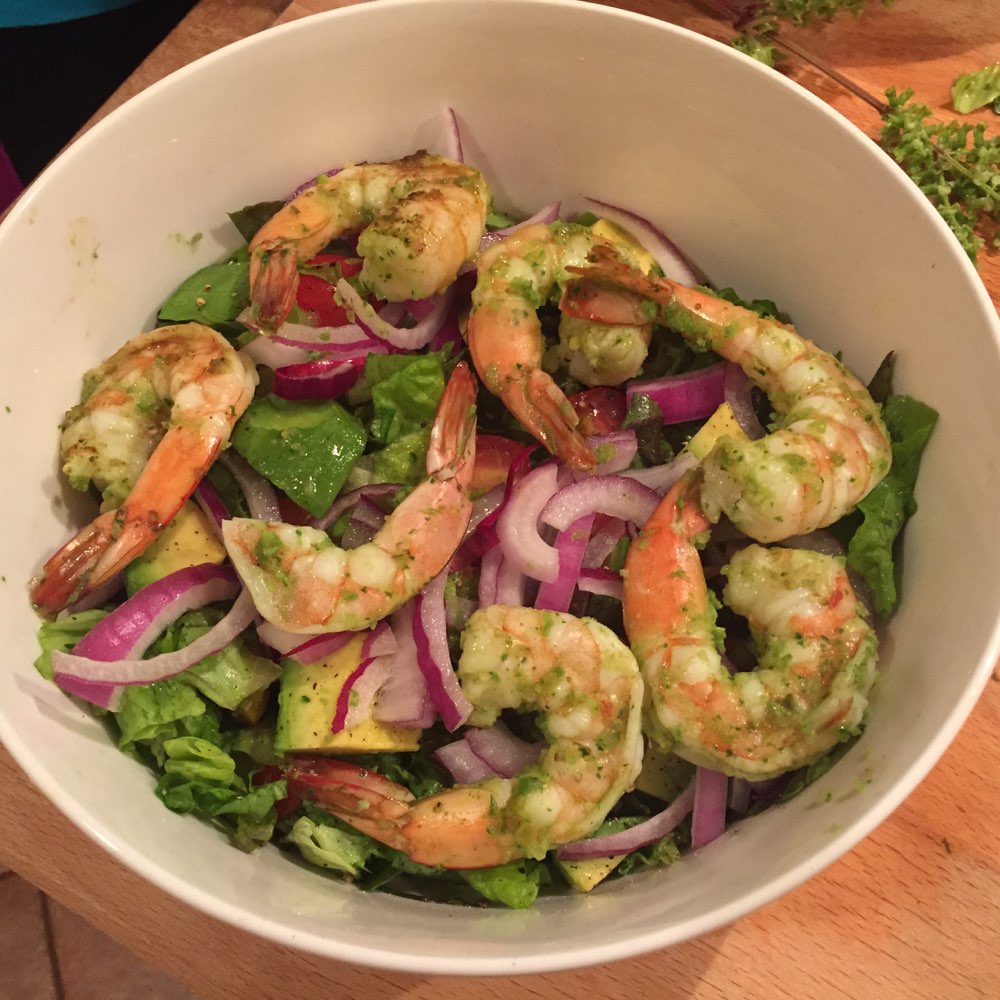 Meredith did most of this so I will have to update it if I missed anything. Anyway, we had a shrimp salad. The main thing was Meredith made her favorite cilantro dip/sauce. She actually doubled it but only 1.5x the oil. Anyway, she marinated some shrimp in the sauce and then cooked it on the cast-iron grill-pan (see the photo below).

For the salad, she made a dressing with the green chili stuff, a bit more olive oil, some salt, and lemon juice. The salad also had cherry tomatoes and avocado. I put red-onion in mine but Meredith didn't have any.

It was a pretty good meal. Not too much work (especially for me :-) ) but also healthy and flavorful. 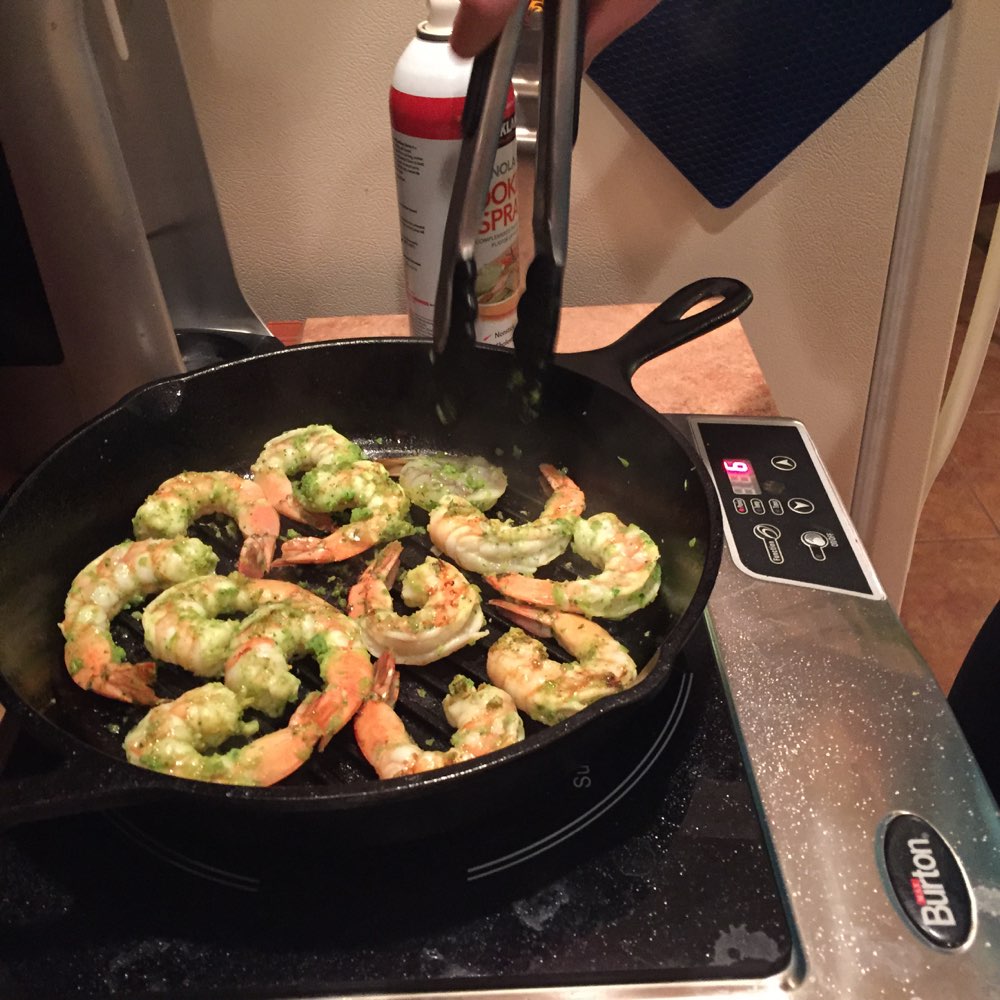