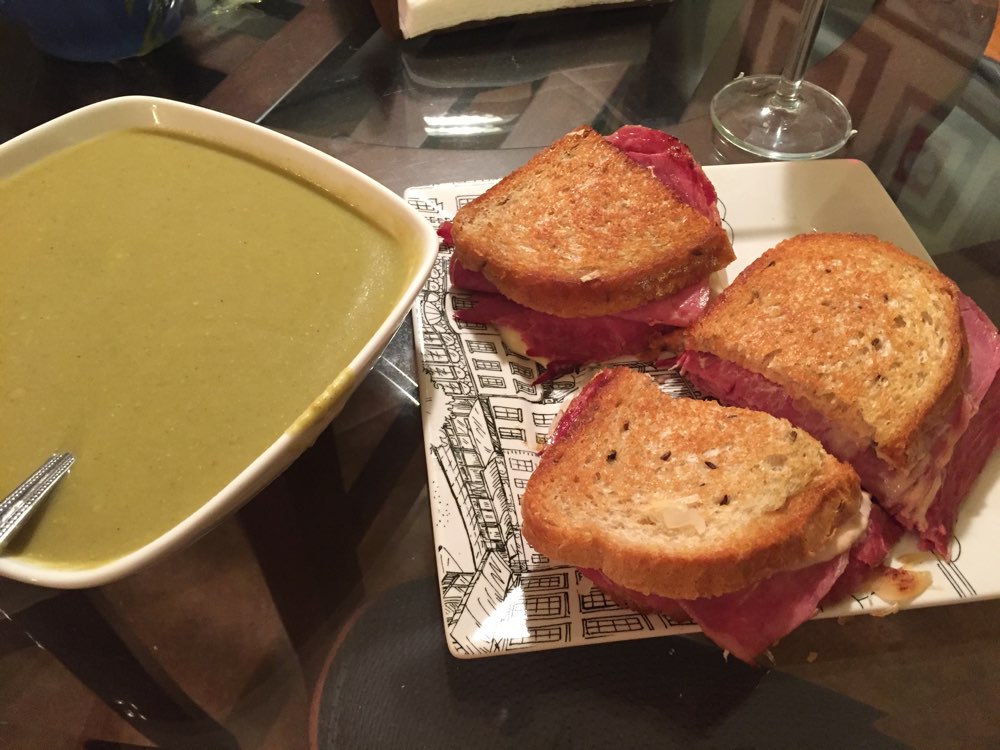 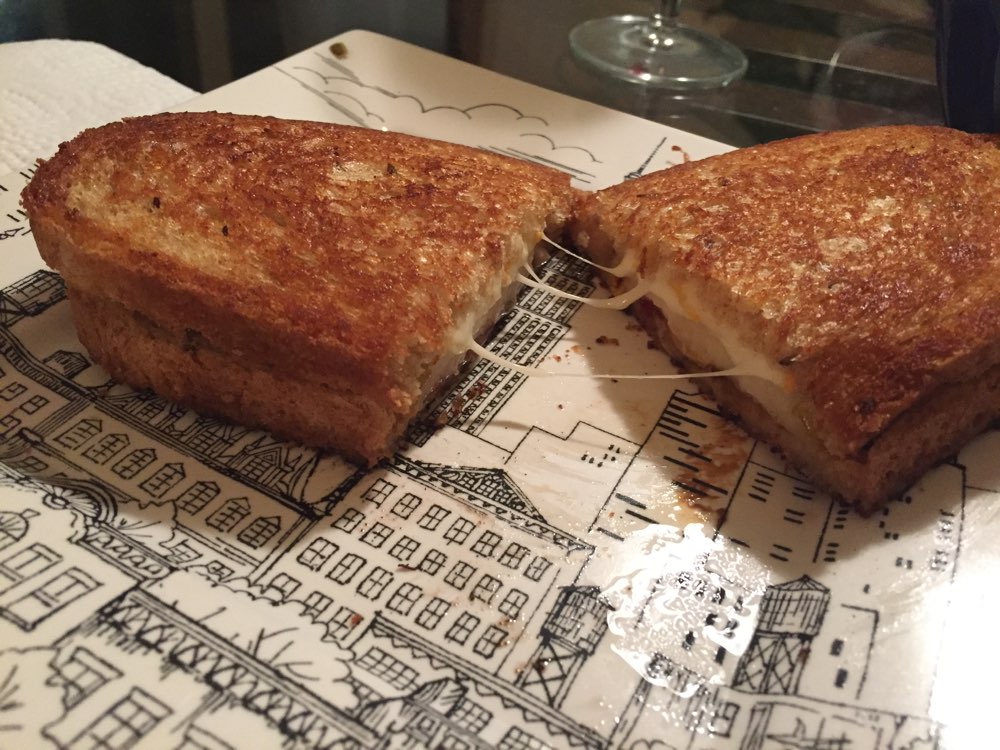 We followed the basic recipe for our Roasted Broccoli Soup. We went with the general idea and adjusted to taste (It needed more salt so I used some soy sauce for salt+glutamates). We did it in the immersion blender it batches which made it super smooth. Like, more smooth than I've ever had it!

We used a Parmesan Gouda for the cheese and while I think I used around the amount in the recipe, it was almost too creamy and thick (though we probably should have just added water)1. Overall, it was ok. Not the best showing of this recipe but not bad either

Meredith and I each made our own sandwiches but I used a very special technique to grill them: let Meredith do it! (I tend to go too hot and burn it). She grilled them with butter (but tried not to use an excessive amount)

I made a one and a half reubens. Pretty standard. I used Boars Head Corned beef (~1/4 lbs total for all) and a lite swiss. It was not lite Jarlsberg though I would have preferred that.

Also, since the supermarket didn't have any good Thousand Island Dressing options (full fat or some strange zero calorie), I made this one halved with the following changes

My sandwiches were ok. The dressing is not dead and was a bit strange but the flavors were all there. Also, the insides were not as warm as I would have liked

Meredith made a strange kind of grilled cheese. I say strange because seeded rye is not usually the first choice bread. But anyway, she used brie (of sorts), sliced (extra ripe) pear and Tobasco Hot Chile Jam. I think she liked it.