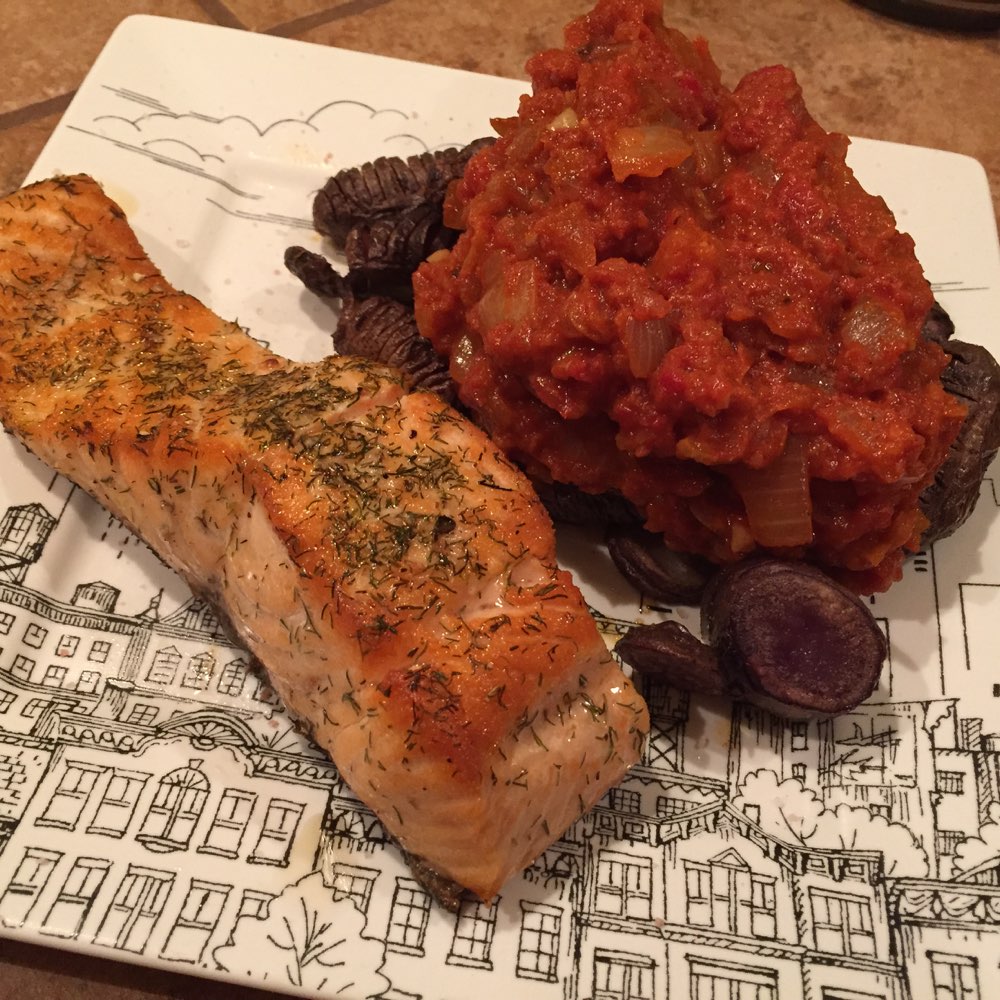 We are starting out the new year cooking healthily (and plan to continue). This was our ease-into-it meal.

We made simple seared salmon with dill. Nothing special but really good as always. The shape of it made it hard to estimate when it was done though.

The main star of the meal with Hasselback Tots but done with Patatas Bravas sauce. I actually just updated that recipe too to account for how I did it. Note that it doesn't make a ton of sauce but it was enough since we didn't have a lot of potatoes.

We made the tots using the same technique from 2015-12-05 except much less oil (but still tossed a second time) and with purple potatoes.

One problem with this meal was that after I tossed the potatoes the second time and put them back on the tray, I forgot that the tray just came out of the oven. I grabbed it with my whole hand. I let go quickly but not before dropping everything on the floor and giving myself a nasty burn