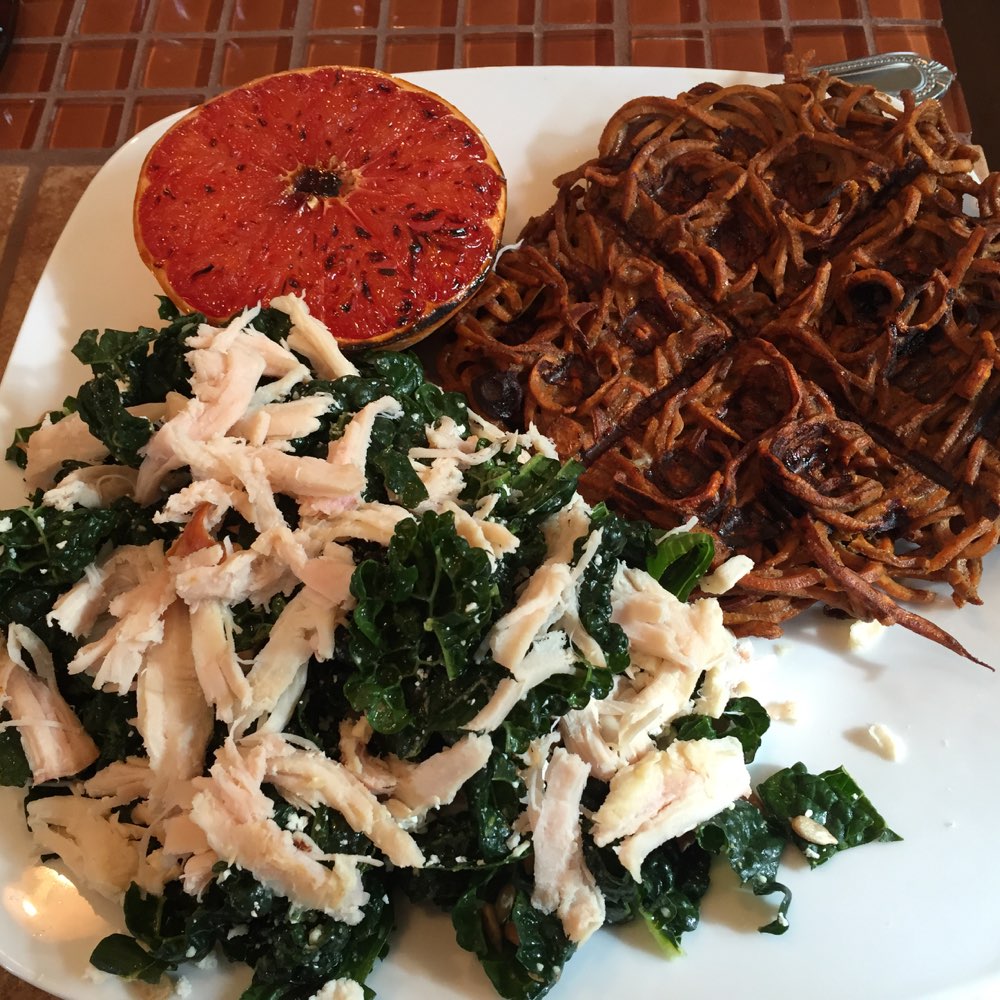 Meredith made us these for brunch. We used the recipe from Inspiralized Cookbook (Local Copy). She followed the recipe pretty closely except she used extra cinnamon and an extra egg.

It was pretty easy and the end result was fine. I do not think you would have convinced anyone they were waffles, but they were enjoyable unto themselves. And, they were pretty low points with just the potatoes and egg (and maybe some incidental oil on the waffle iron).

Meredith also made broiled grapefruit. She put some brown sugar (not much) on them and broiled on high for about 10 minutes.

Finally, we had leftover kale salad