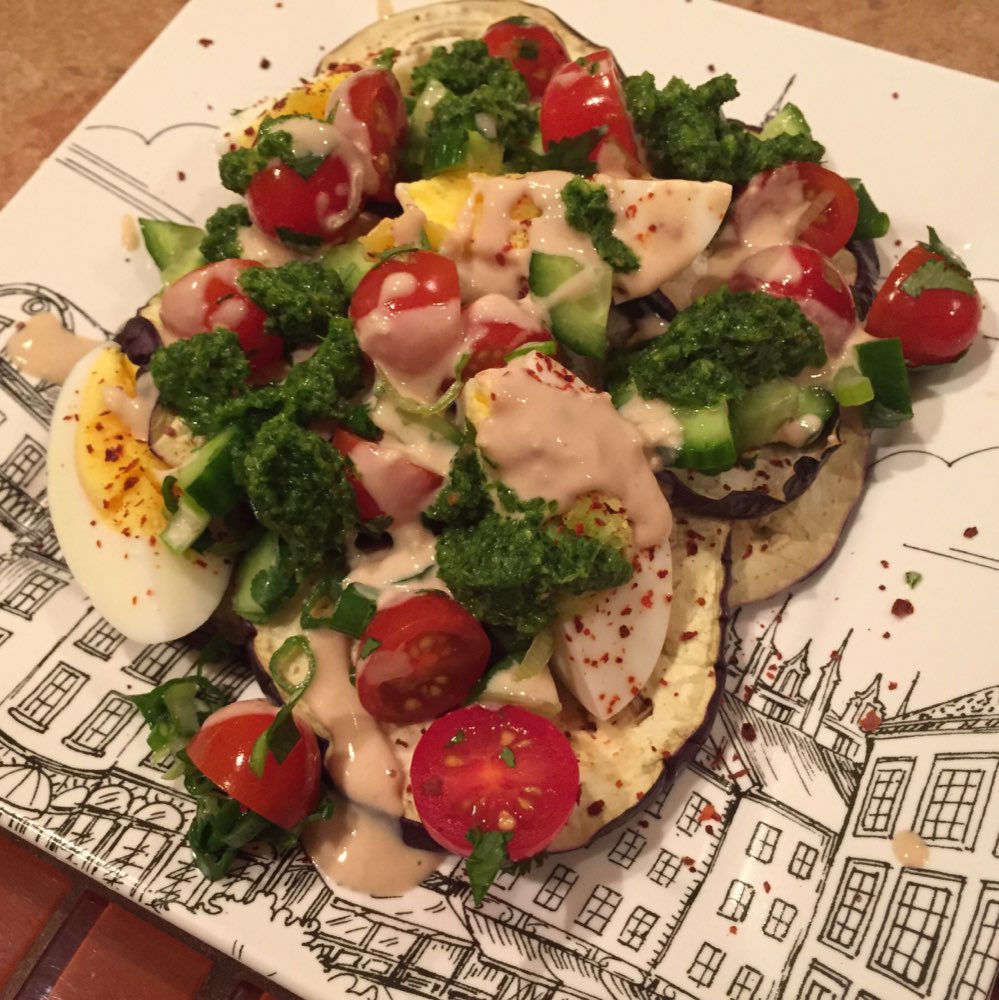 Meredith and I made Sabih since we wanted to use up the tahini sauce from Thursday. However, we made a major change to the general idea. Instead of parsely, we used cilantro.

The Sabih calls for Zhoug (both recipes here, but instead, we used Meredith's (favorite) Cilantro Chili Dip. And then we used cilantro in the salad it self.

We roasted the eggplant but forgot to pam/oil them so they look a bit strange and were hard to get off the pan. But other than that, this was a pretty good meal. And low points. Around 2-3 (SmartPoints) for the tahini sauce and 2 for each egg and maybe 1-2 for the cilantro stuff.