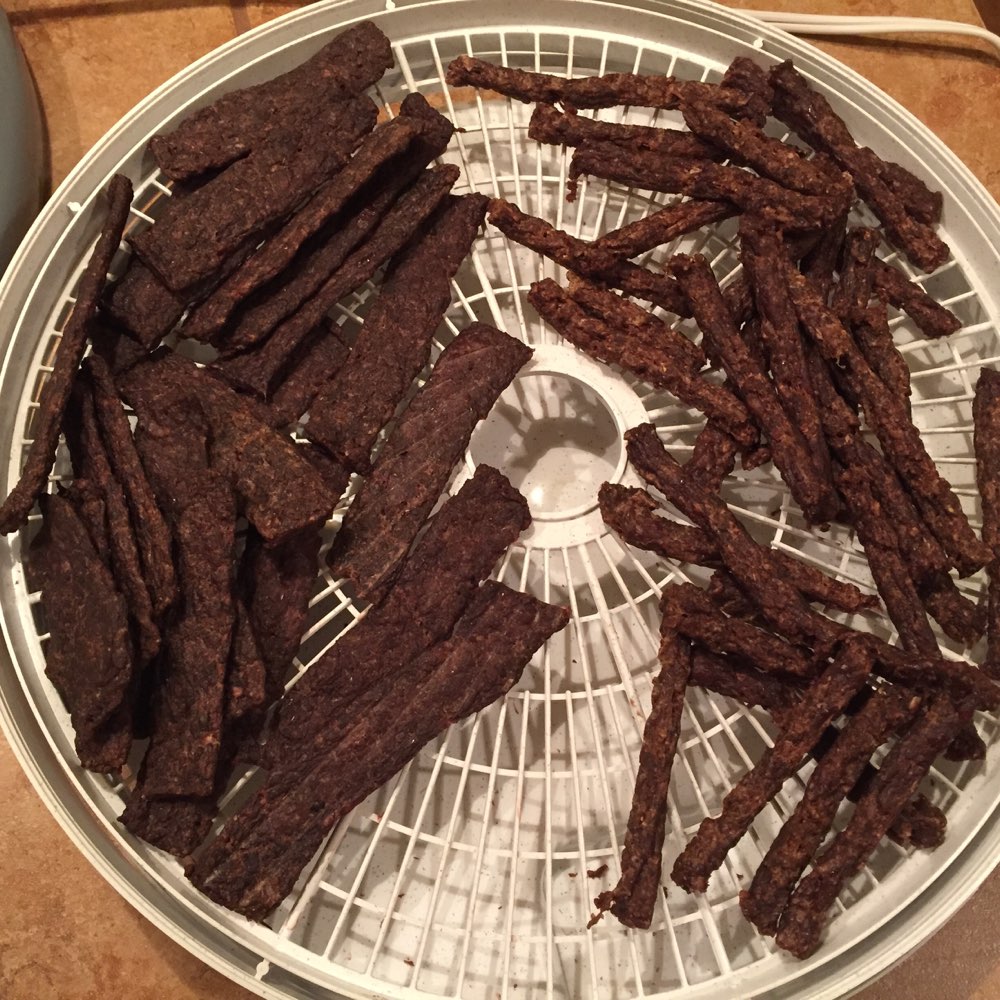 I made more jerky so we would have a good bit for the week.

I actually left the house and was out for longer than anticipated. Therefore, I did not blot it or anything. I came back around 7:00pm and stopped it. Therefore, it was about 18.75 hours marinating and 4.5 drying.

As I noted the first time, I wanted to try making the same basic recipe again but with less beef and keeping the rest the same.

That is essentially what I did. Below is the recipe. It again came out really good with lots of flavor. But, too much junper. I would cut it to a scant 3/4 tsp next time but the rest can stay the same. The salt level was perfect

Heated all but the beef just until the sugar was dissolved then let sit for about 30 min to an hour.

I debated exactly how I wanted to do this, but eventually decided on the following. I considered a Thai Chili pepper but decided against it since I was afraid the heat would be inconsistant. I wish I had done it as it was not very hot. I just thought of it now, but next time, I would use the blender to break it up.

The final result was good though. Maybe a tad salty but not bad. Not sure yet if the rice powder added anything

Again, heated all for a bit to combine. See above for comments and times.