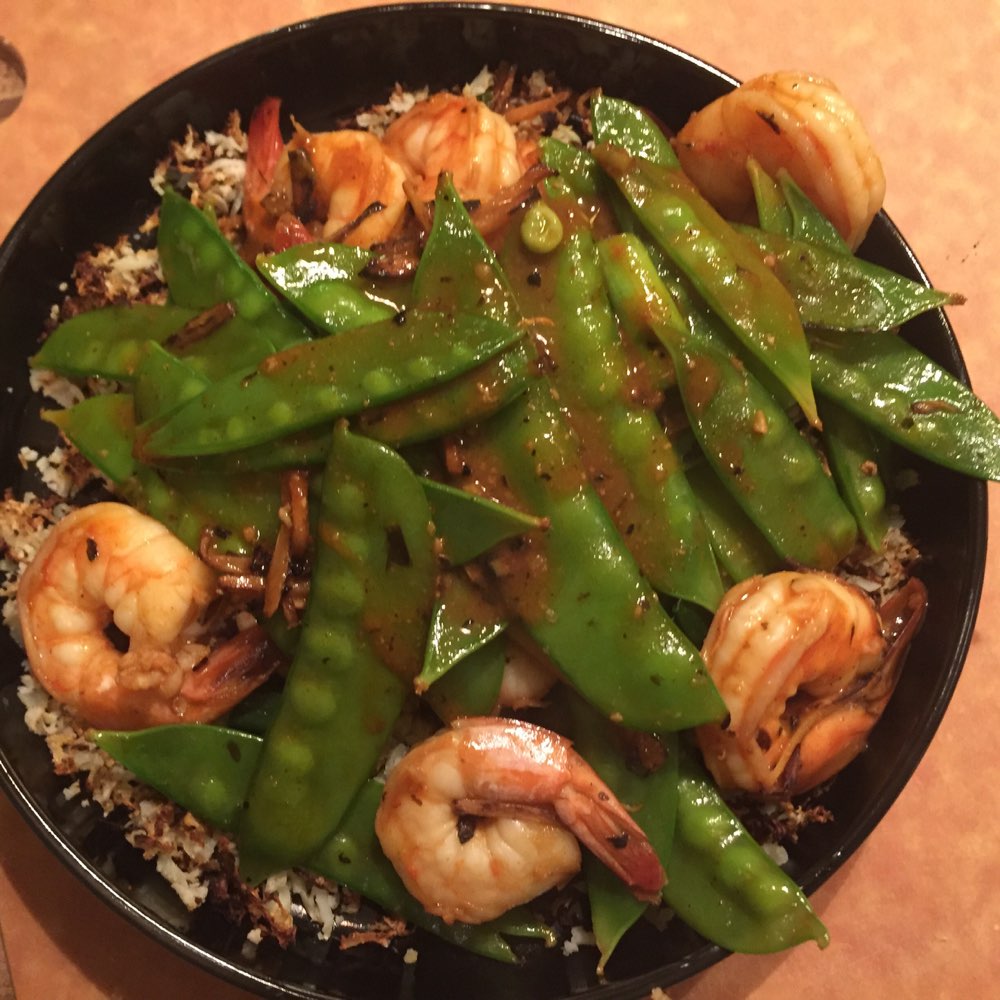 We made the same stir-fry as 2016-01-18. We followed the recipe pretty closely except again taking out the vegetables before doing the shrimp.