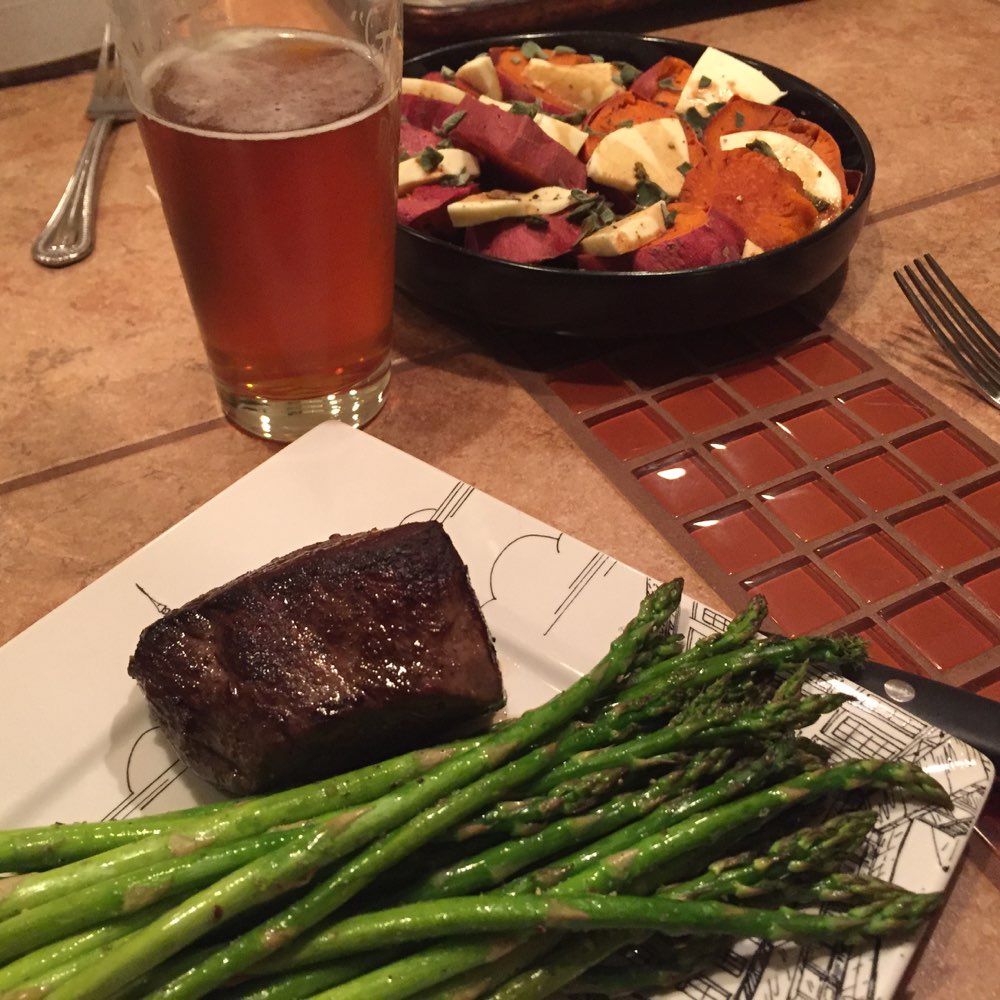 The plan for this meal was to be surf and turf, but the lobster tails were, unknown to us, frozen. Thankfully, I had prepped cauliflower fritters for the next day and we decided to make them for tonight (though we ate them after)

Anyway, we had sous-vide beef tenderloin (same cut as filet mignon). We had some at the Santa Fe Foodie Classic. I knew I had done it before so I figured we'd dit it again.

I was a bit nervous since Meredith really doesn't like steak and this cut was very expensive (especially since it was from Whole Foods).

I used the same method as the first time (2015-03-27). I used my STC-1000 based temperature controller with the crock-pot. The controller is more a thermostat so it's either one or off (and there was no cooling method).

I couldn't find the vacuum sealer bags so I just used heavy-duty freezer bags and I submersed them in the water to get rid of all of the air. I was also able to weigh them down with the meat at the bottom of the bag so they staid in the water (see the set up).

I prepped it with some salt and pepper (before I read in the Serious Eats article that you shouldn't do that). I started it around 5:30 and let it go for about 2.5 hours.

They really came out extremely tender and flavorful. It was great since it is so easy to overcook this cut of meat, yet this was cooked through perfectly! 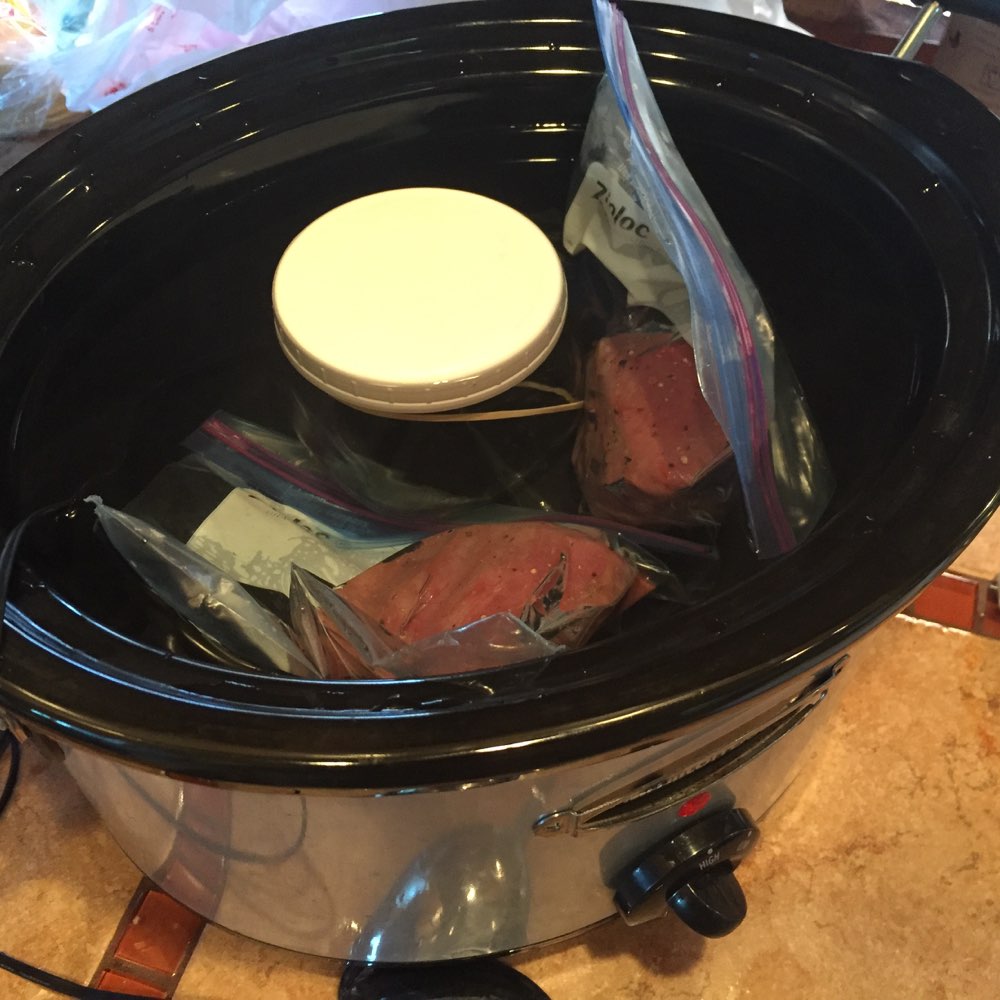 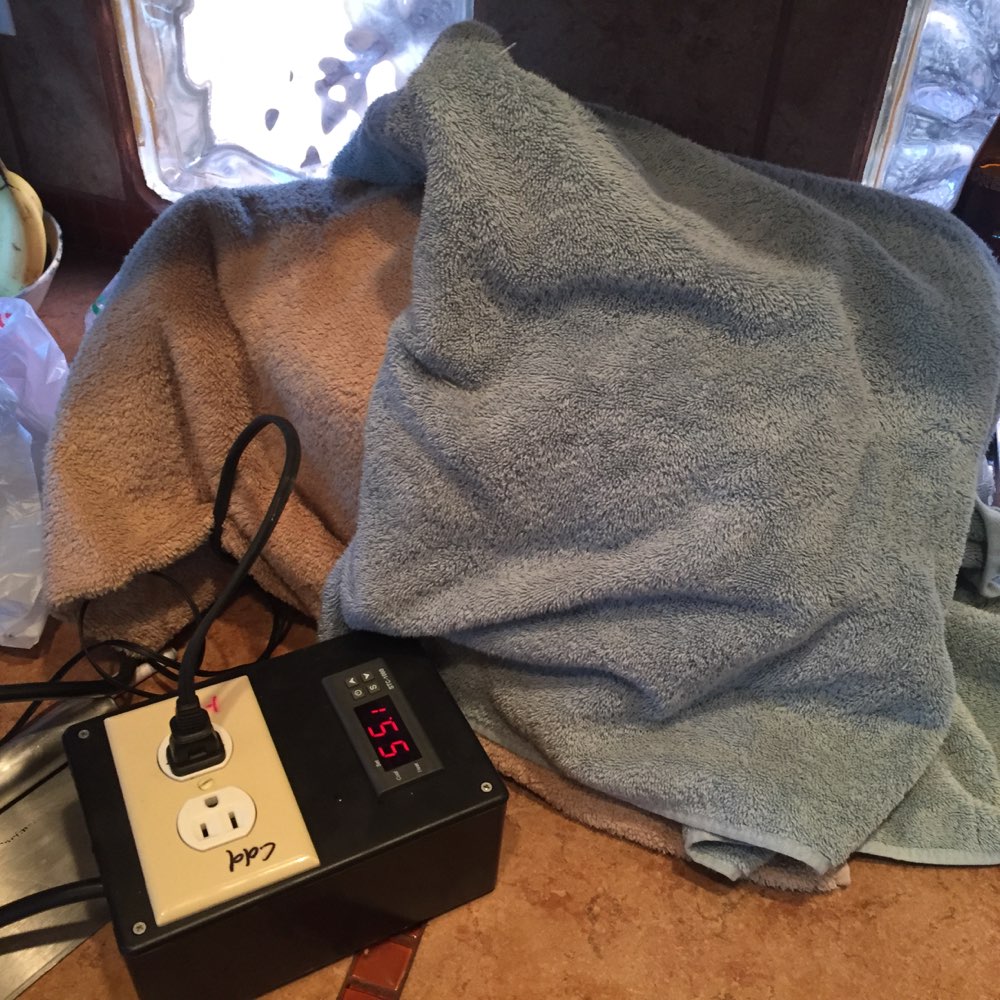 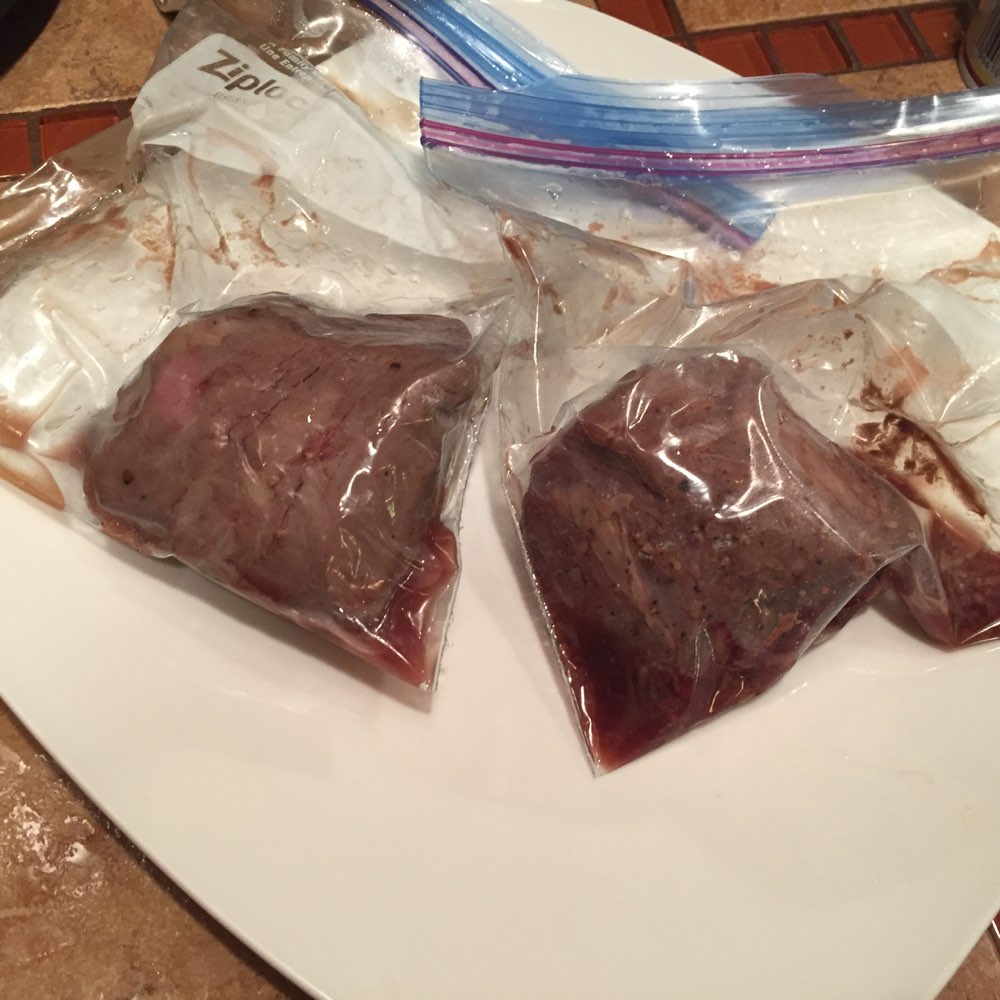 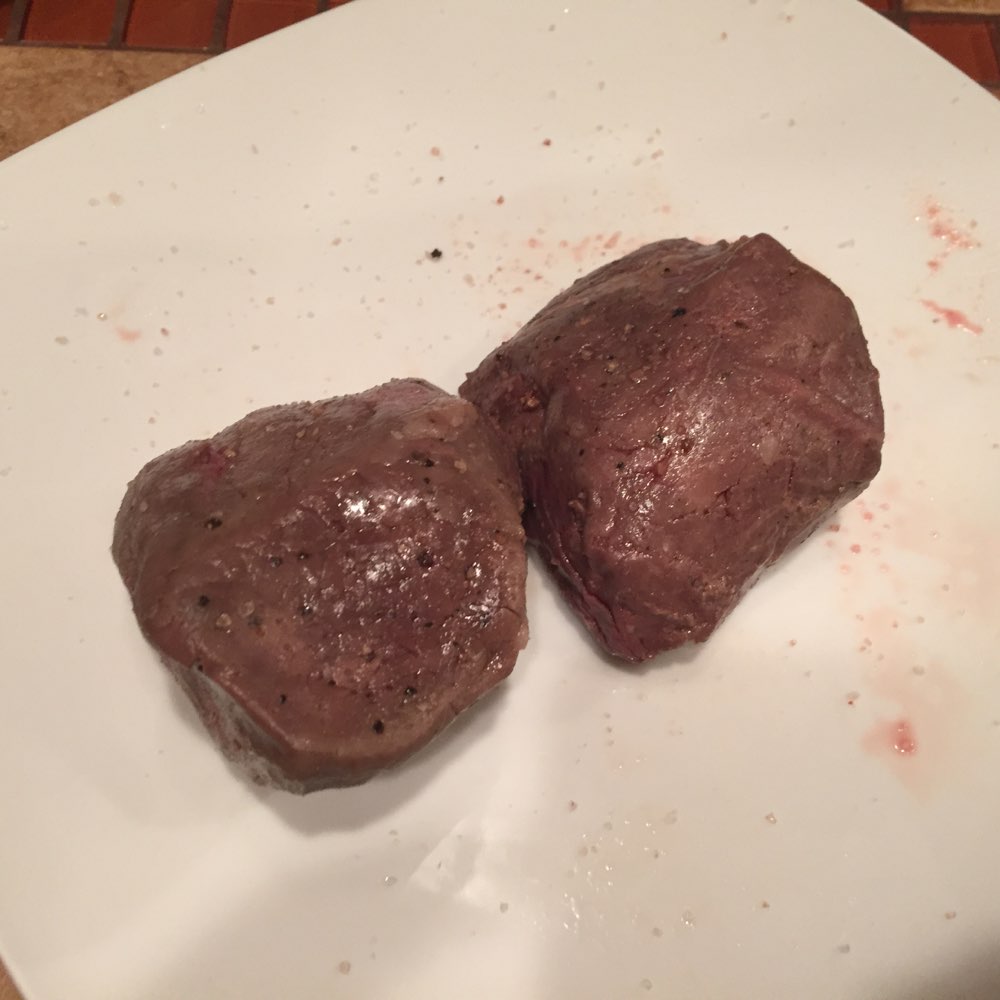 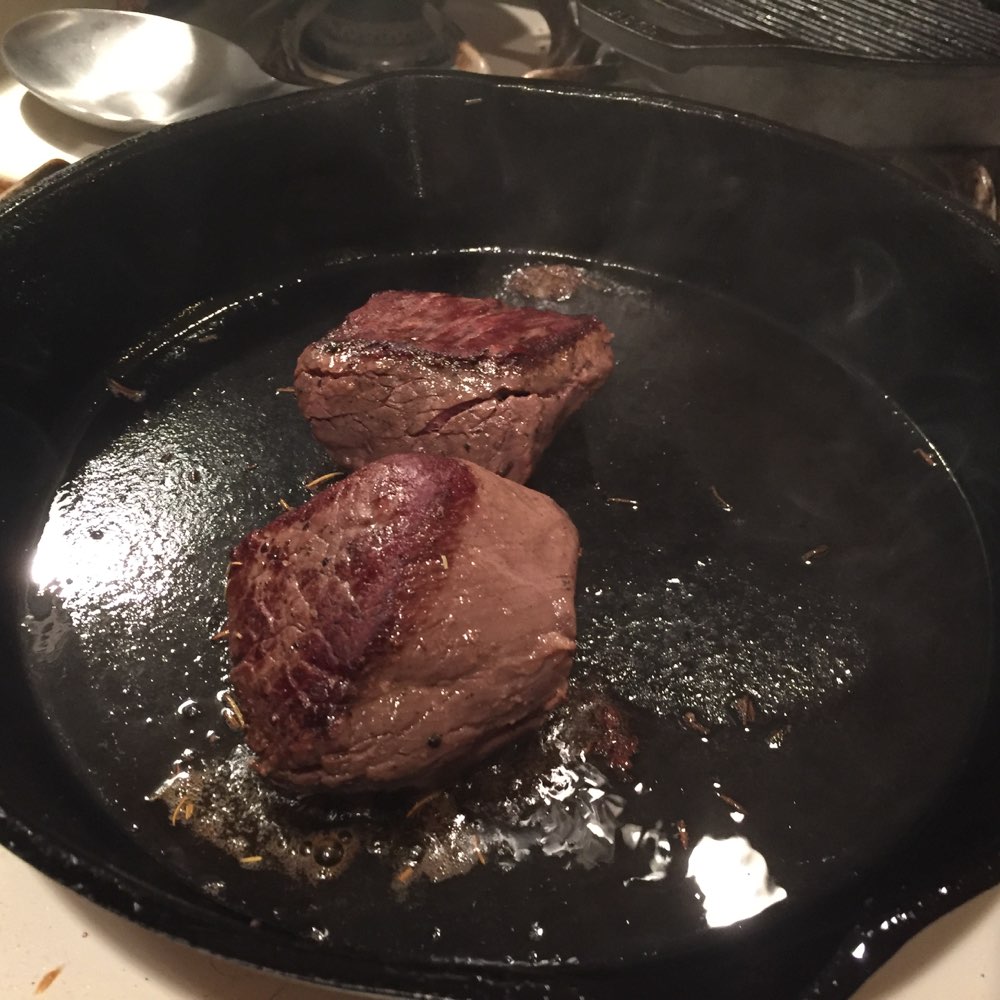 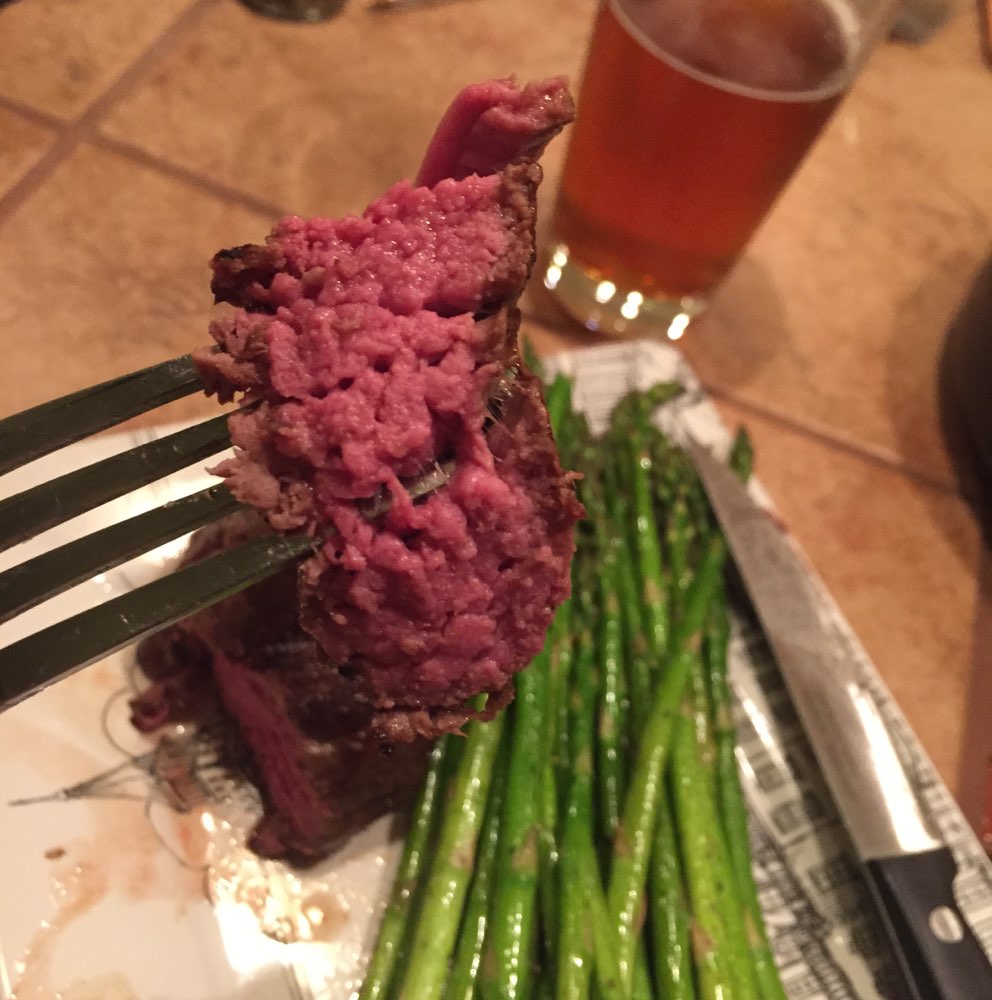 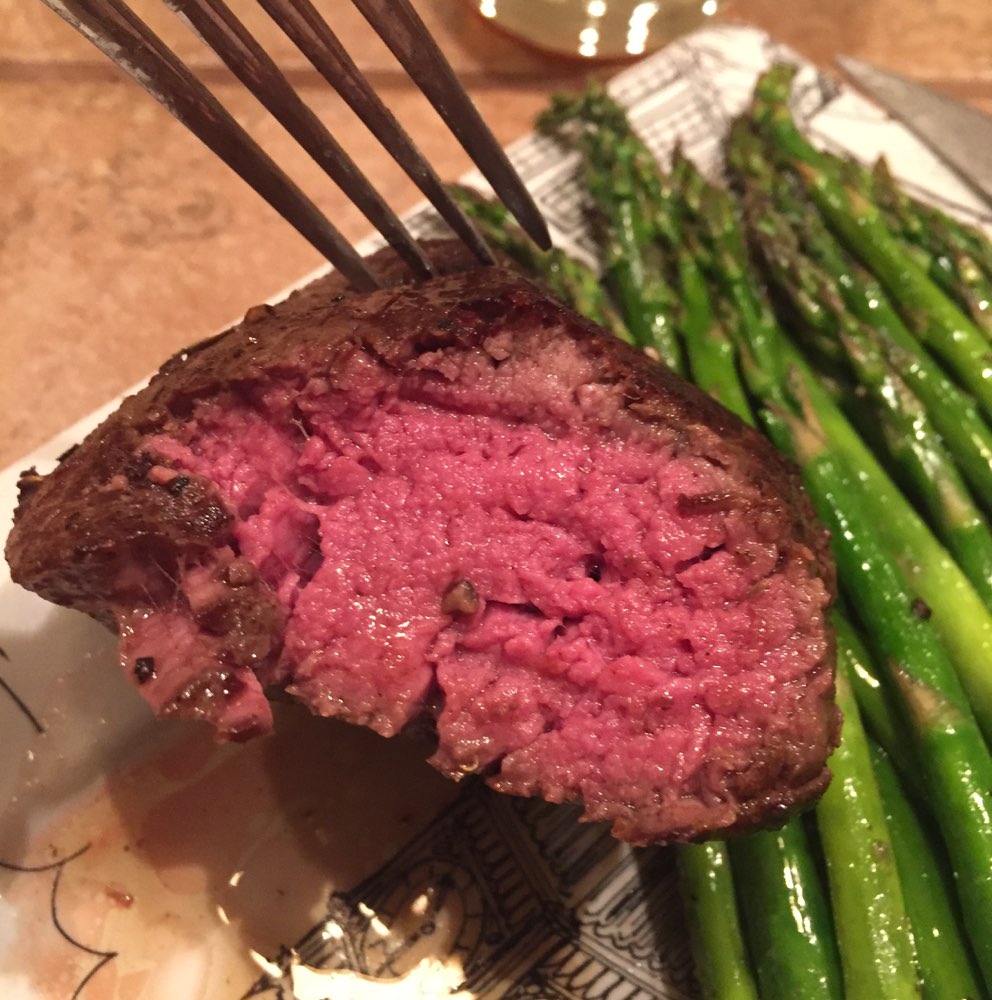 The asparagus was just cooked at 425 for 5-8 minutes or so (while searing the steak) with pepper and smoked salt.

I prepped the cauliflower fritters before for tomorrow but decided to make it tonight. Actually, we really didn't need it but we ate some (and took the rest for lunch)

The caprese came from this Whole Foods recipe (local copy). Actually, we just used it for inspiration. We roasted the potatoes, used mozzarella, and then topped it with sage and balsamic. It was actually pretty...ok. The mozzarella, or at least this mozzarella, had very little flavor. I would try something like this again but with better cheese. 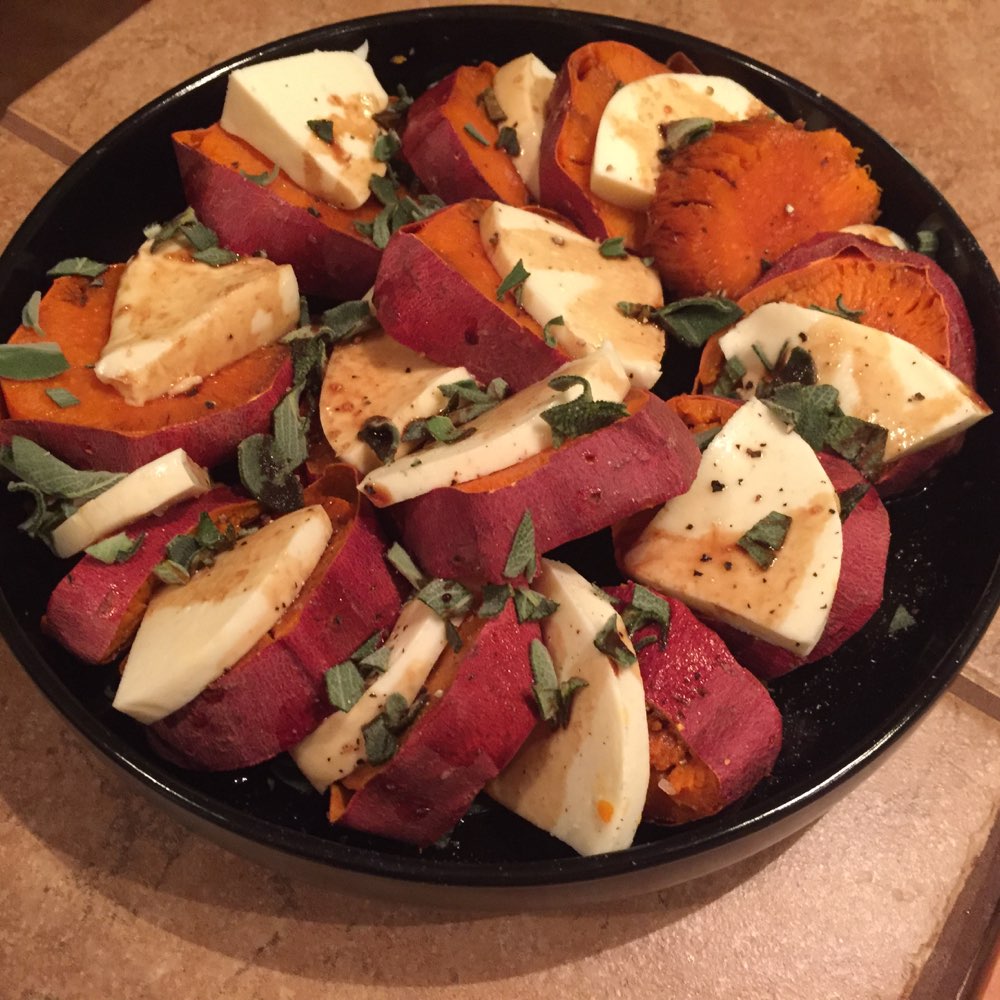 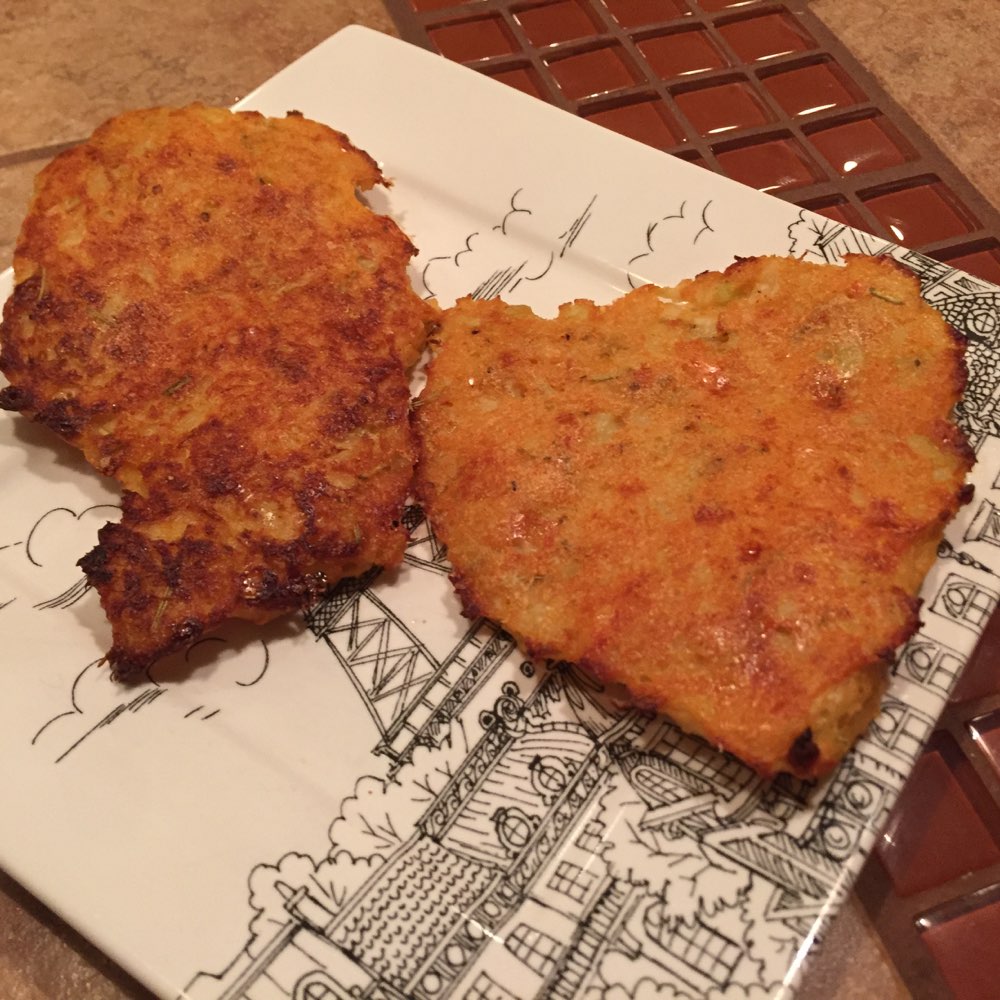