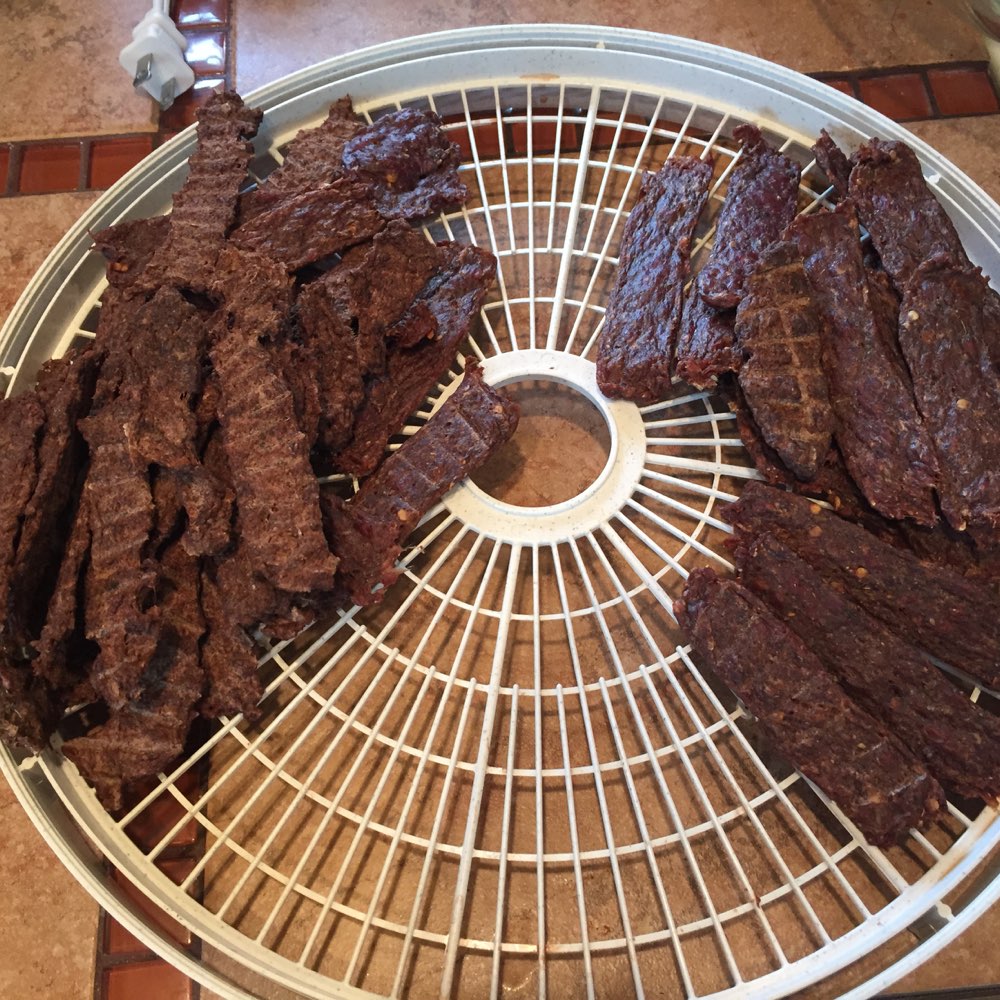 I again made another batch of beef jerky. I decided that, in general, I will do a batch of No Idea and then something new. This way, I know I have something good on deck.

Sadly, this time, the No Idea wasn't as good. I struggled with extruding it and I think the apple cider overpowered. I think it is because I used a higher-quality one that packed a lot more flavor. Maybe it was unfiltered. It wasn't bad, but not the best either.

I let this go for about 5 hours. It came out pretty dry and brittle. I read somewhere that this may be due to more water <==> more brittle but I do not know if that is true.

I did move it it's own recipe page here. See that page for a note about the amount of vinegar.

The pepperoni jerky was based on Off the Cutting Board (local). I made a few changes besides halving it but rather than note the changes, below is what I actually did. I let this go for about 5 hours and 40 minutes but, unlike the No Idea, this was a better texture

Grind the fennel and mustard with the crushed red pepper. Grind as much as possible. Combine all ingredients including just enough water to help it hodl together. Heat in the microwave for about 10 seconds to help dissolve the sugar.

Let the flavors meld for about 15 minutes then mix the beef and marinate for 1 hour to a day.

Thoughts and Next Time

The end result certainly tasted like pepperoni. There was no doubt about it. But, the amount of liquid smoke was too much making it taste like the fake stuff my dad used to buy. Cut liquid smoke to 1/4-1/2 tsp next time

Also, the fennelw as a bit over-powering. Not too bad and Meredith would still eat it. But, cut fennel to 1 tsp next time