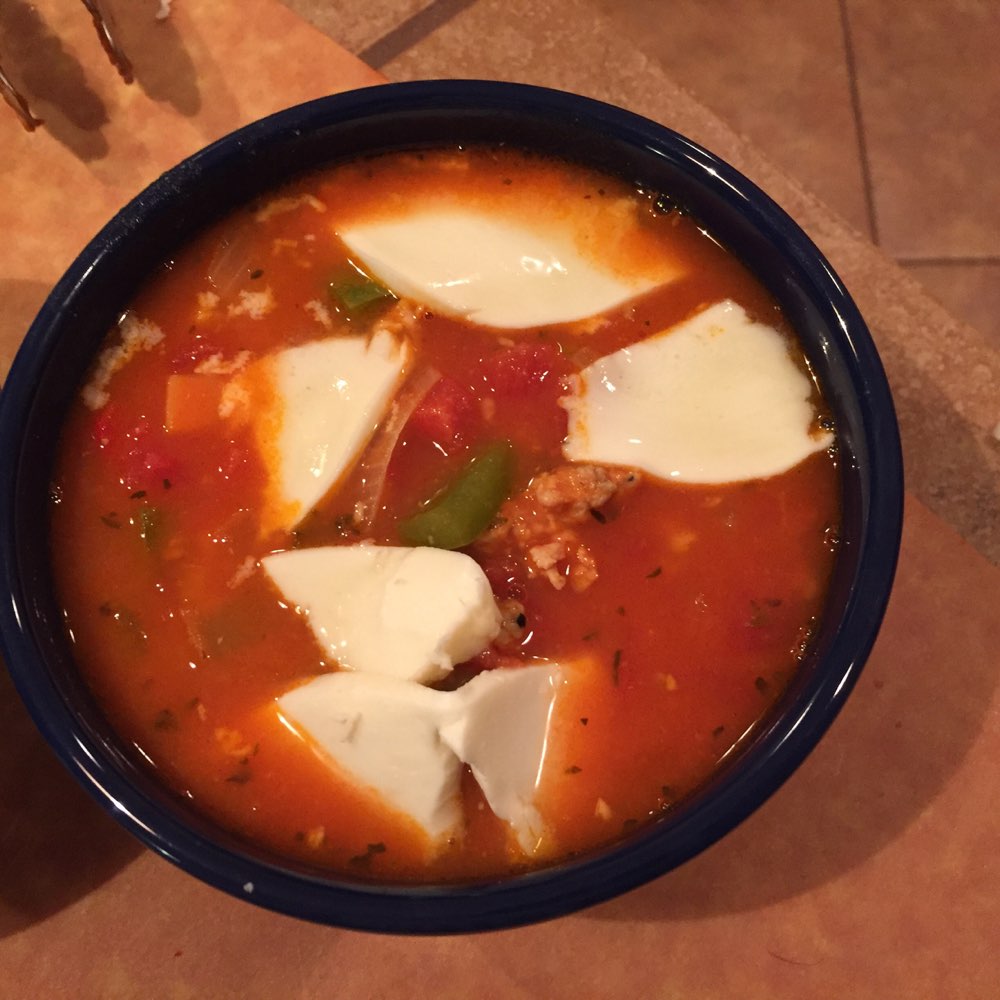 We made Lighter Lasagna Soup again with Vodka sauce noted on 2015-10-09. We added an extra pepper and skipped all forms of a starch. We also only used 1/2 lbs of chicken sausage.

The soup came out pretty good as usual. Maybe a bit thin this time. But still good. And so easy! We also finished up the mozzarella was bought for Valentines' Day.

In addition, we tried out this new "meat" dish made with jackfruit and pictured below. We just heated it and served it taco style. I could kind of see the utility of Jackfruit-as-a-meat but the sauce was really pretty awful. I guess I would try their other flavors but with extreme trepidation 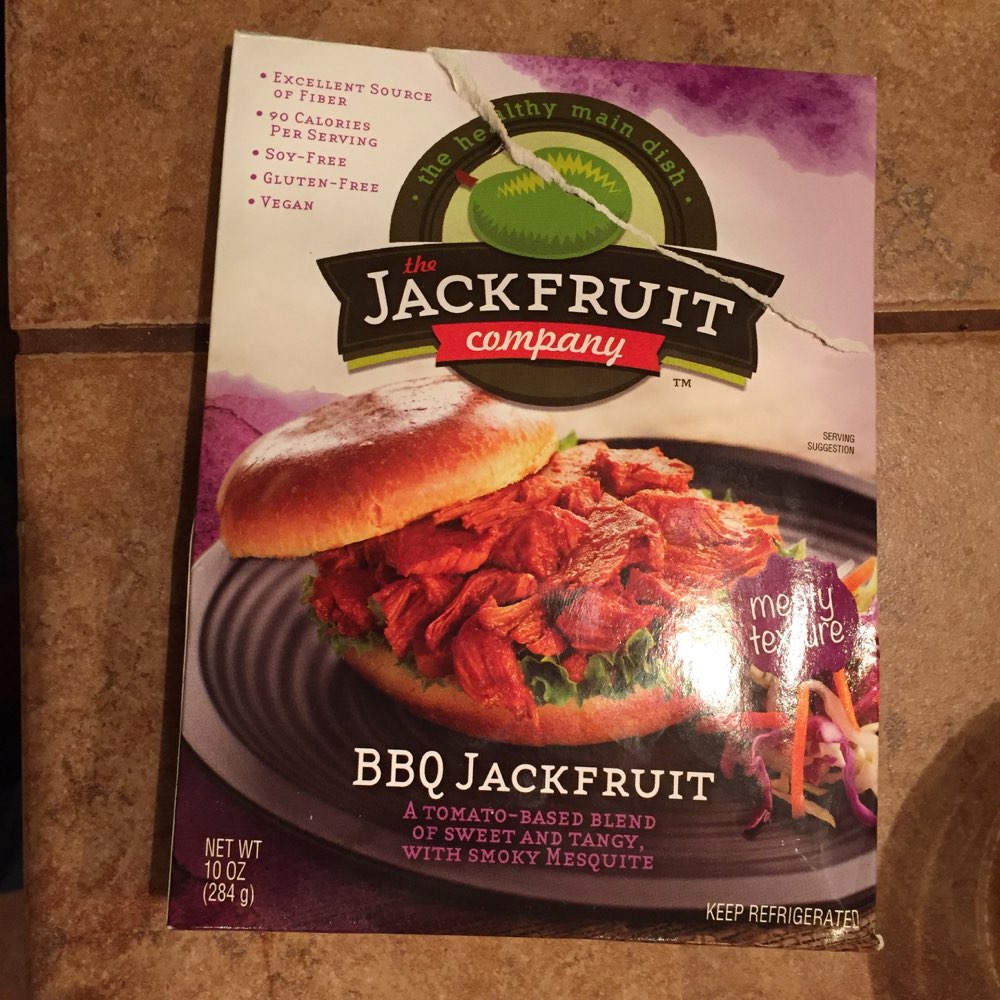 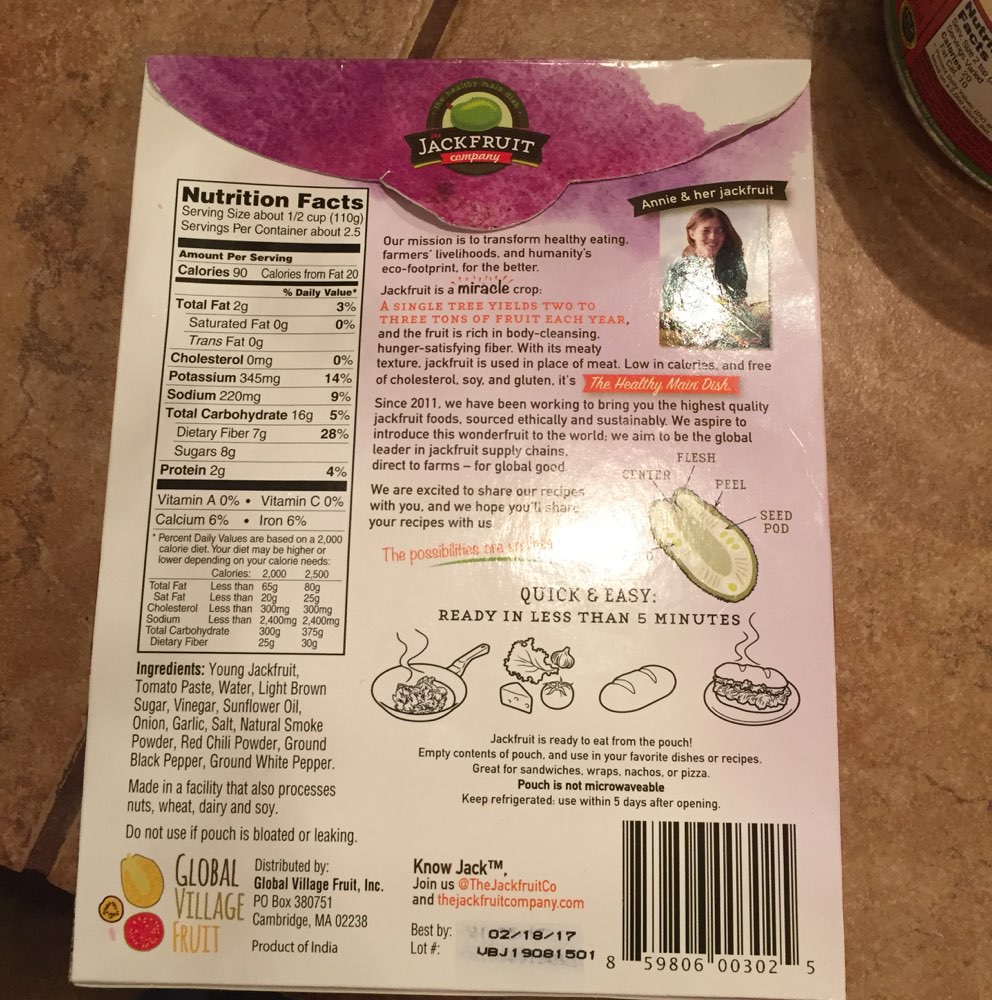