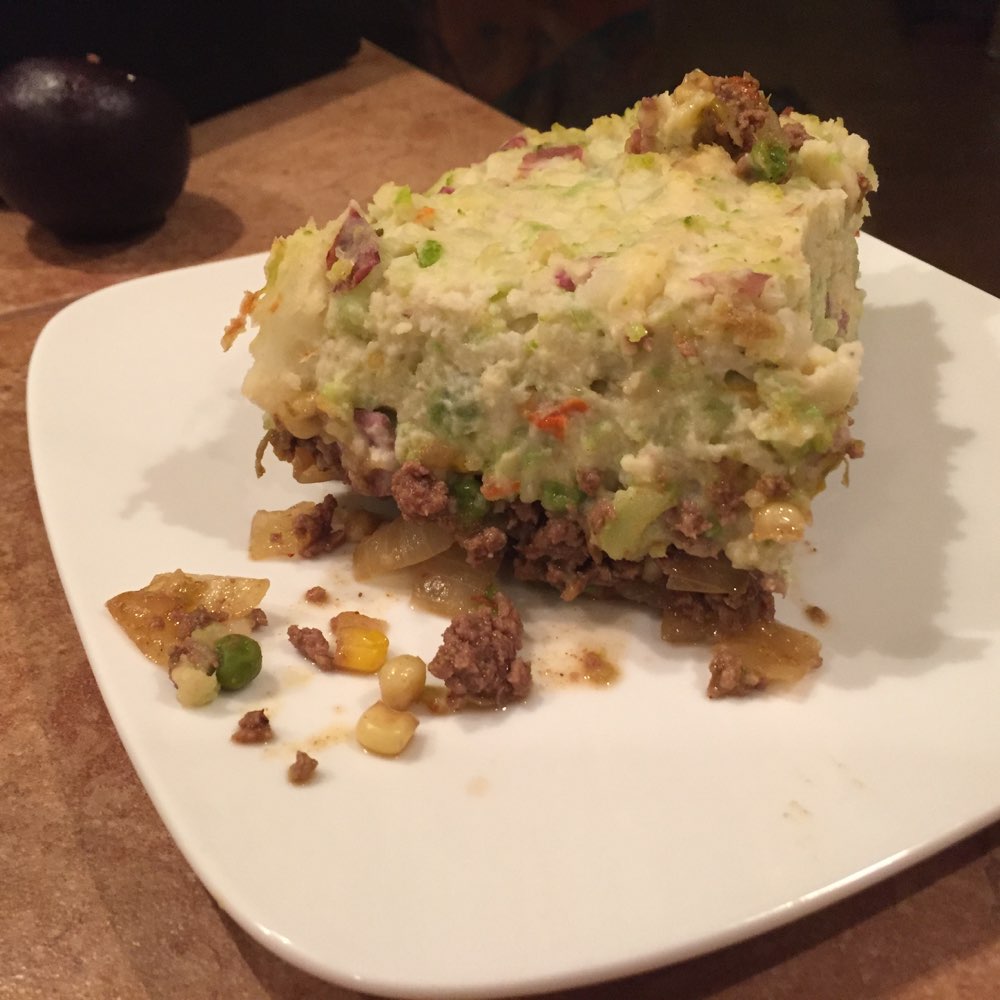 Meredith and I wanted to make a good meal that was also low in points so we decided on green chile shepherd's pie.

We followed the basic idea as we did on 2015-03-17. We made it green chile both by adding some hot green chiles (frozen) and spices.

The beef mixture was about a pound of ground beef, an onion, about 1/2-3/4 cup of both frozen peas and frozen corn, and then also green chile. We spiced it with salt, cumin, chipotle powder, garlic powder, and minced dried onion. The beef came out really spicy but I think that is from the chipotle powder though it may have been the green chile.

It worked very well. Lots of flavor and pretty easy. Also, I estimate about 1- points for the vegetables (Assuming 1 cup each just in case) plus 15 for the beef and another 10-15 for the potatoes. That is about 8-9 for each quarter. 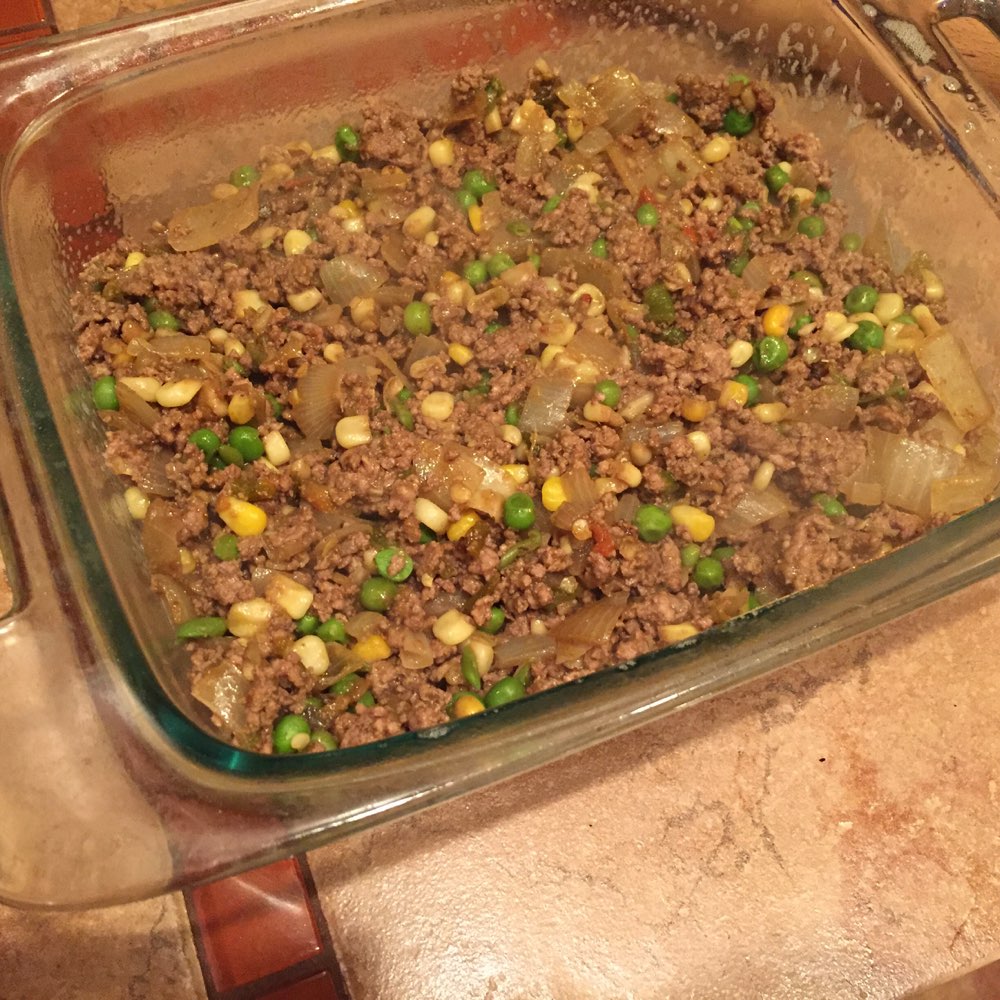 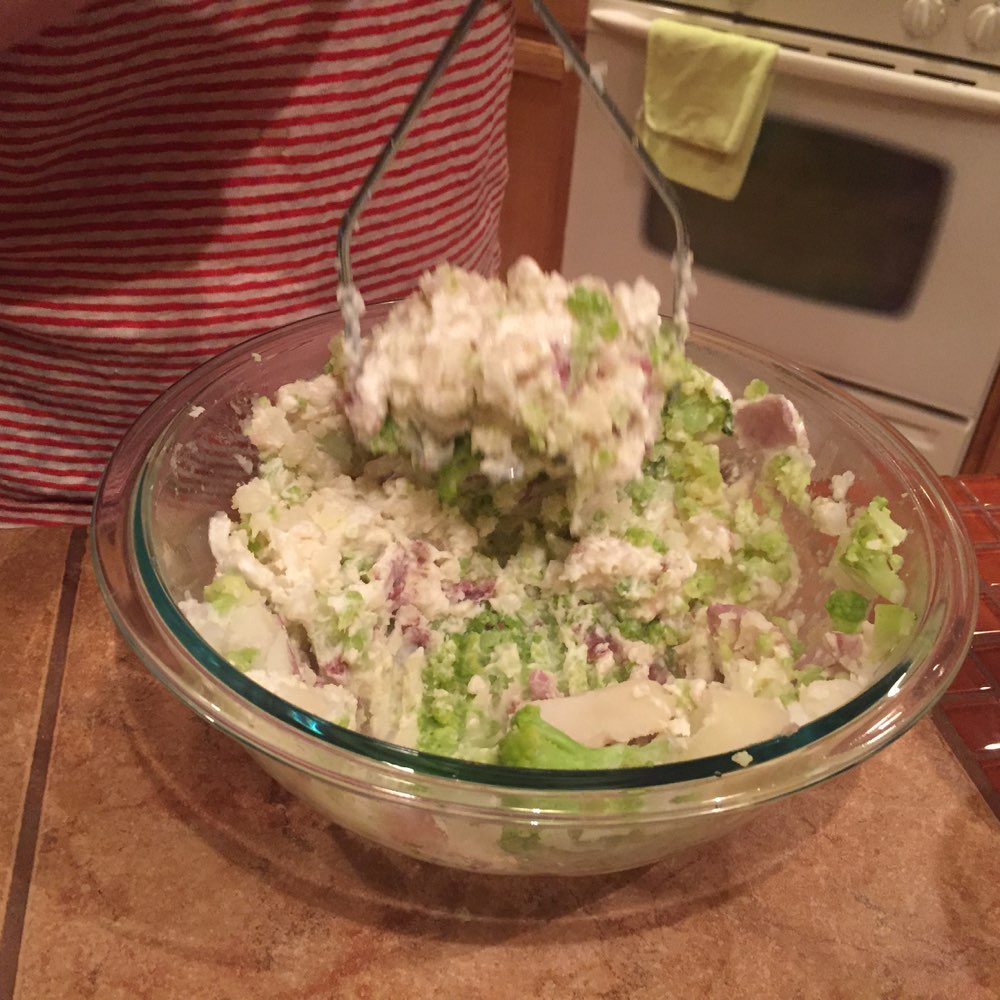 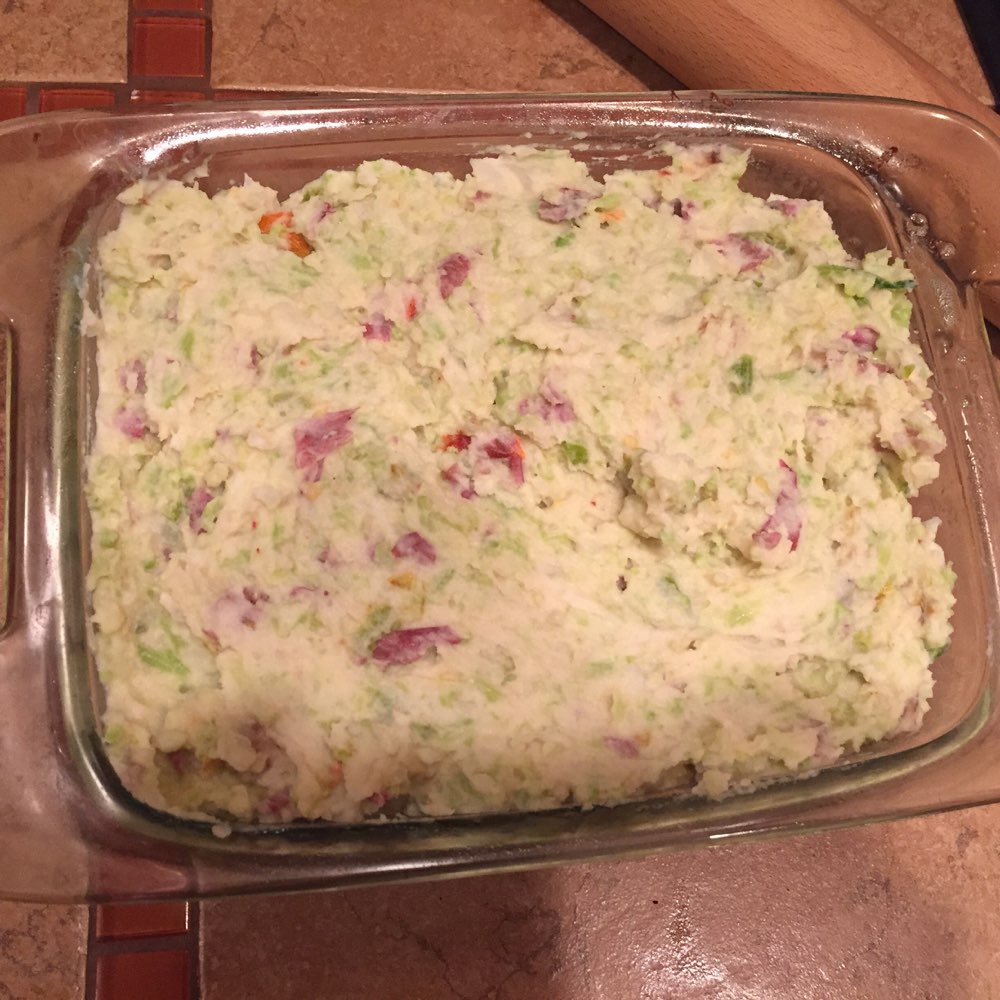