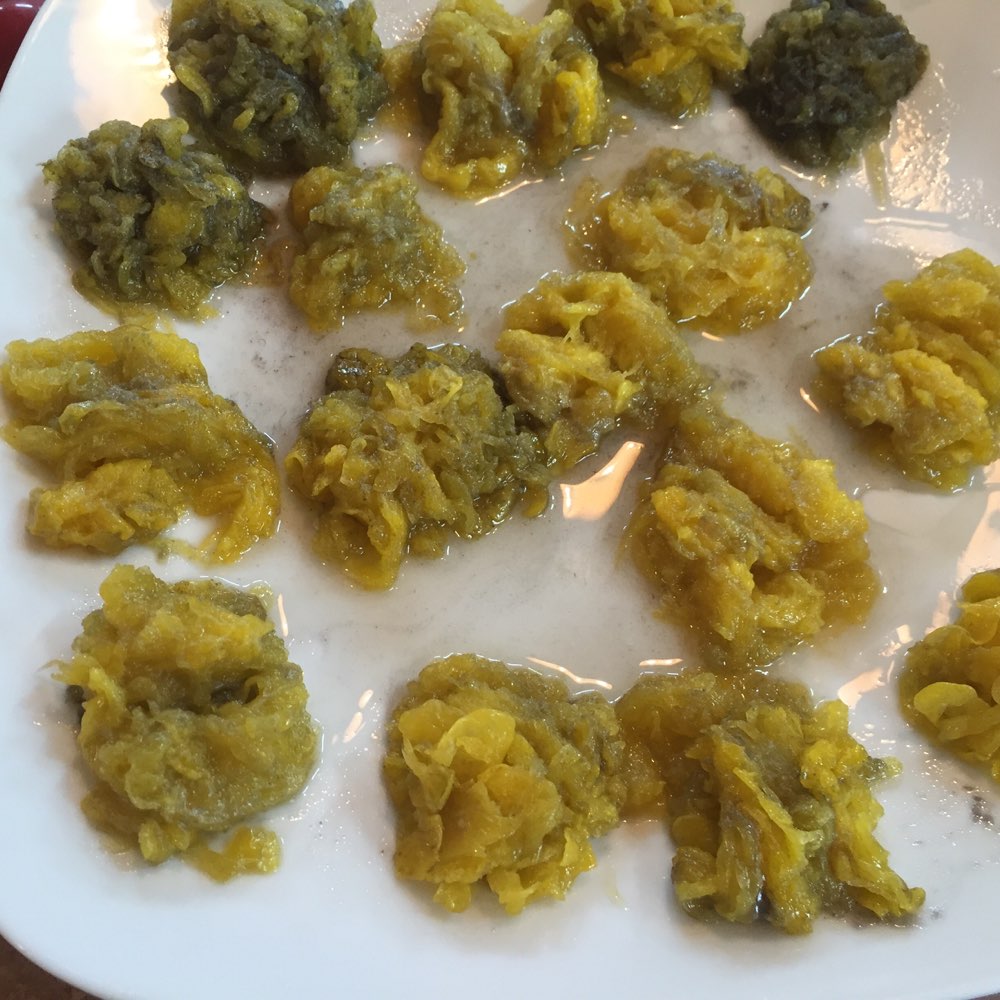 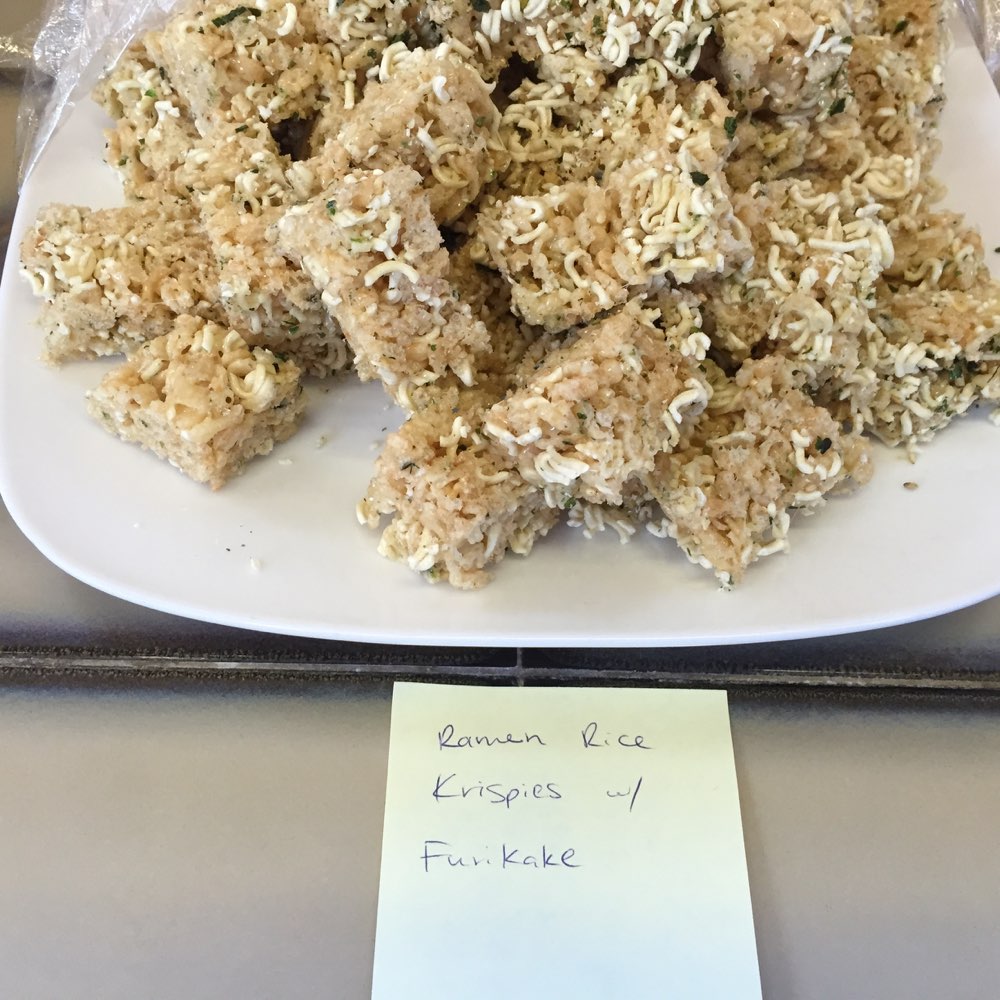 We were invited to a "Mad Science" party like last year. We tried to make Foi Thong from Siam Sizzles (local). The general idea is that you pour egg yolks into bubbling simple syrup.

Rather than do it with Jasmine syrup, we steeped the simple syrup with lavender. We made a bag with cheese cloth. The flavor of the lavender was really, really evident and good.

But, I do not know if it was the lavender, the cast iron pan, or something entirely else, but half (or more) came out black and icky. I mean, really, really icky colored. The syrup was not black at the end so I am really not sure how it came out so black.

Either way, it was really not something we wanted to serve. And, despite doubling it, there really wasn't enough.

So, we pivoted and made Ramen Rice Krispie. Sure it was something we've made before but it was certainly interesting and different so we went with it. We just followed the recipe except doubled the butter as noted. They came out pretty good. I like this recipe, even if it is strange