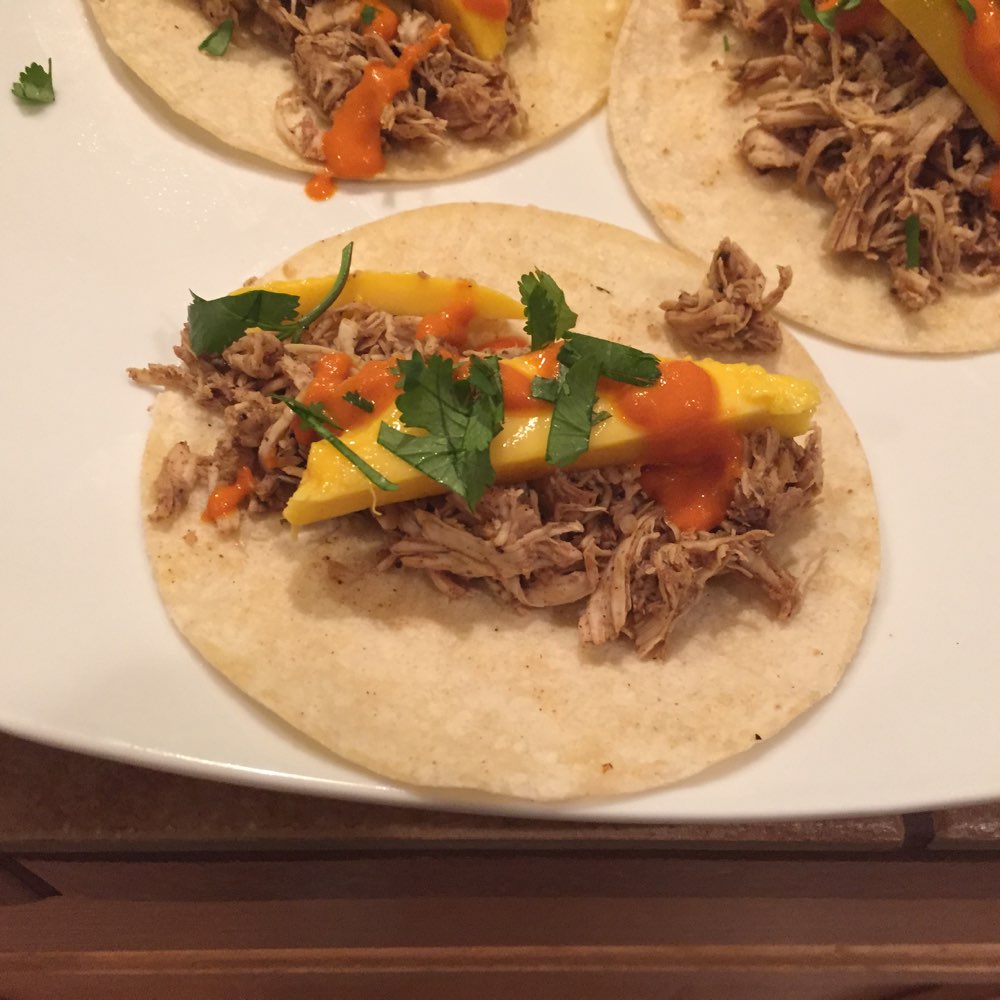 I reheated the leftover frozen jerk chicken from 2016-04-07. I put it in a small pot with a tiny bit of water to steam and defrost it (which then used it's own water to keep steaming). I also added a bit of salt which it really needed.

I did it just like last time including using Diablo sauce from Torchy's.

It actually worked pretty well to defrost it like that. I liked having something easy. We will start keeping some stuff like this in the fridge.