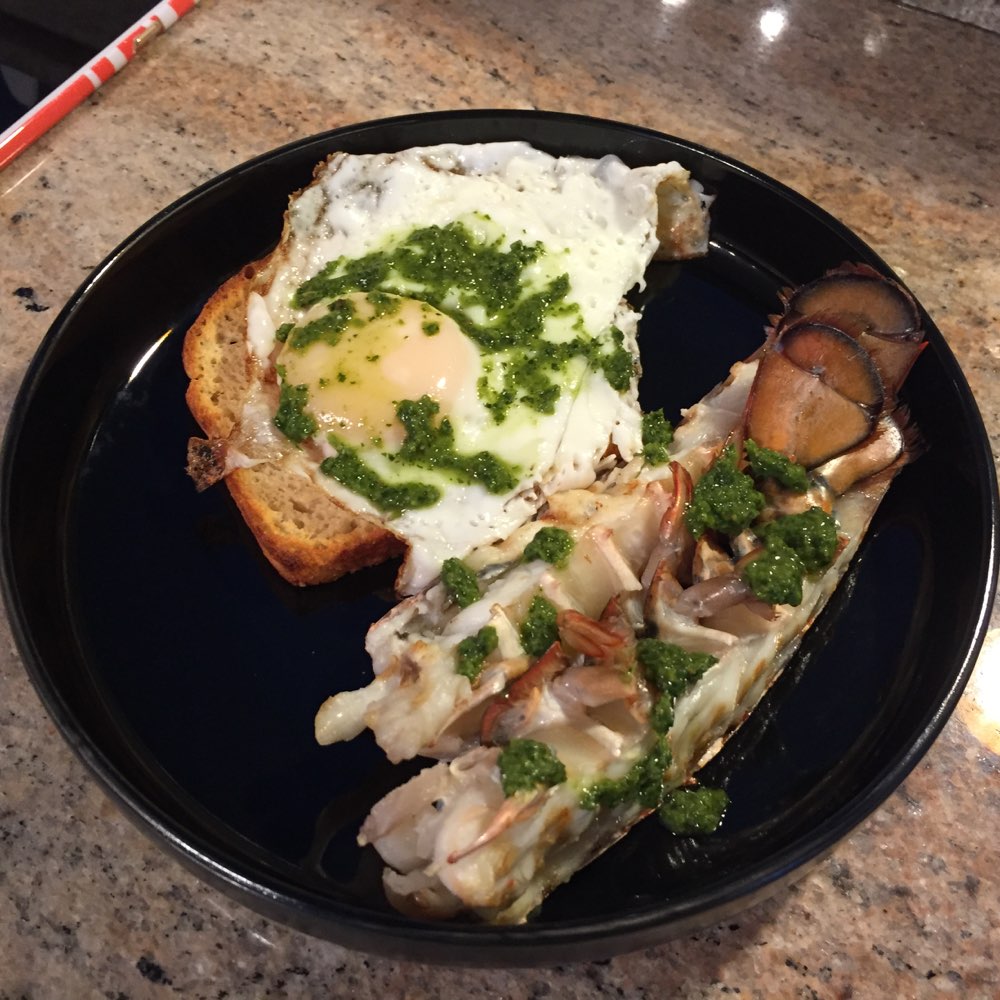 Another simple meal. We butterflied two lobster tails and cooked them on the grill pan1. We actually ended up taking them out of the shell later and cooking it some more. I think we should start planning to start it in the shell but de-shell it and keep cooking it before we serve it to make sure it si fully cooked.

We also had a fried egg on toast. Everything was topped with cilantro sauce/dip.