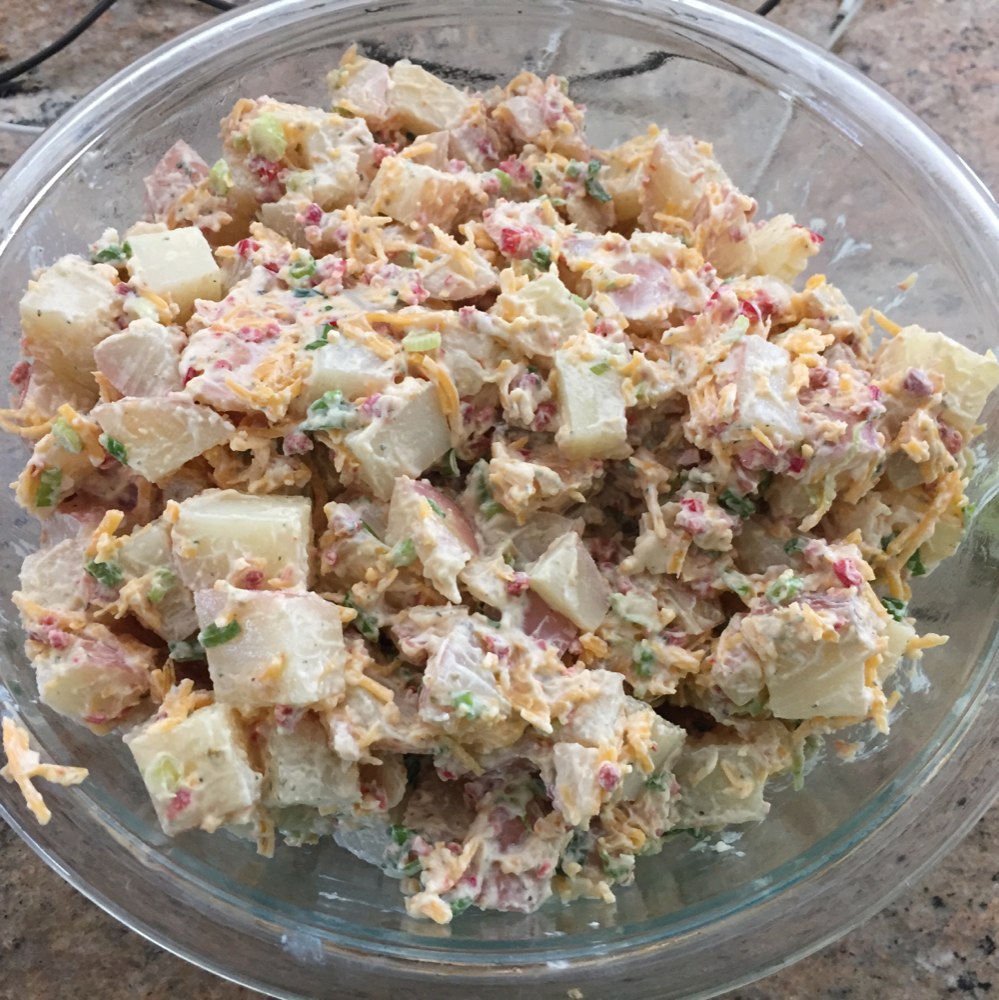 Meredith and I made lite baked potato salad for an Independence Day Party. We basically played it by ear, but tried to boil the potatoes roughly based on Serious Eats. That is, add some vinegar and salt (and sugar but we skipped it) to the water (cold) and bring up the heat with the potatoes.

We used a mixture of low-fat sour cream and fat-free greek yogurt for the base. We mixed in Penzey's Ranch Powder, bacos (or some other non-meat bacon bits), part-skim cheddar, and scallions. Also two fresno peppers for some heat.

It worked out pretty well. It was lighter than a lot of other options and was pretty easy to make