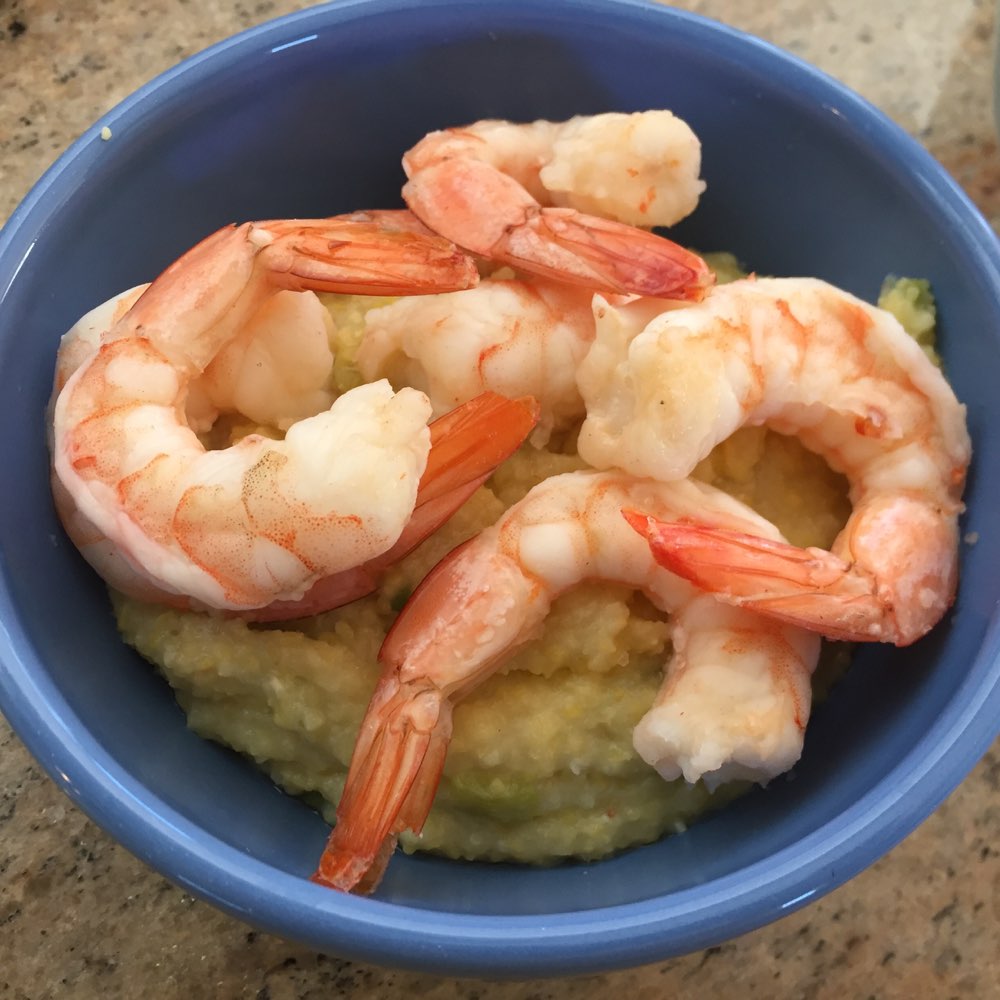 Shrimp and Grits is usually a dinner in the south, but I made it for breakfast.

I did my usual creamy trick and used almost entirely almond milk in place of the water. I added two packets of frozen Green Chile to the grits. I started with one but it wasn't looking particularly green and it was getting dry. The second packet seemed to do the trick. Maybe a bit too hot but not bad. In addition, I threw in some salt, pepper, and some grated parm cheese. I forgot butter.

I just steamed the shrimp right from frozen. I didn't really have any good idea of timing so I just watched it.

Overall, it was pretty good. Shrimp was maybe a bit strange for breakfast but it worked.