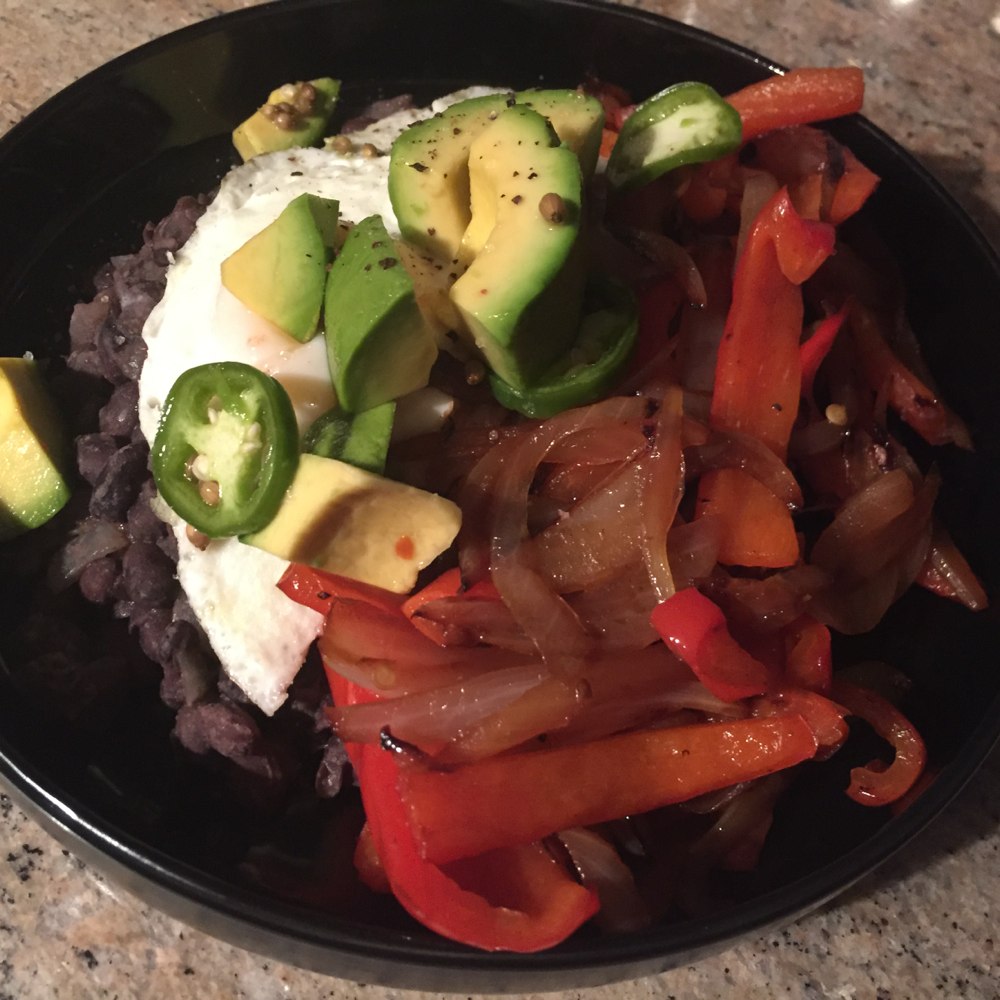 The pressure cooking times are usually from when it starts to sizzle. And we let it naturally release. We split it into batches and the first batch was a bit overcooked (the natural release took like 15 or more minutes).

On the second batch, the seal must not have been as good since we heard the steam coming out for almost the entire time. And we timed it for less time. This worked a bit well, though neither were too bad.

The flavor of the beans after just the first stage was already really good. Then it got even better with the additional steps at the end. They came out really good!

We also made Avocado Pickles from The Kitchn (Local). Meredith followed the recipe really closely. One of the avocados was more firm than the other but both worked fine. The jalapeños were also very hot but it all worked well.

We also just made onions and peppers with some butter and salt. Not much to that either.

This was actually a pretty involved meal. We did the prep the night before, but it wasn't too bad. Maybe the kind of thing we could prep on the weekend.

Also, since we made 2 pounds, we have a ton of beans for other meals.

For all local recipes, U: guest, P: name of my dog, lower case 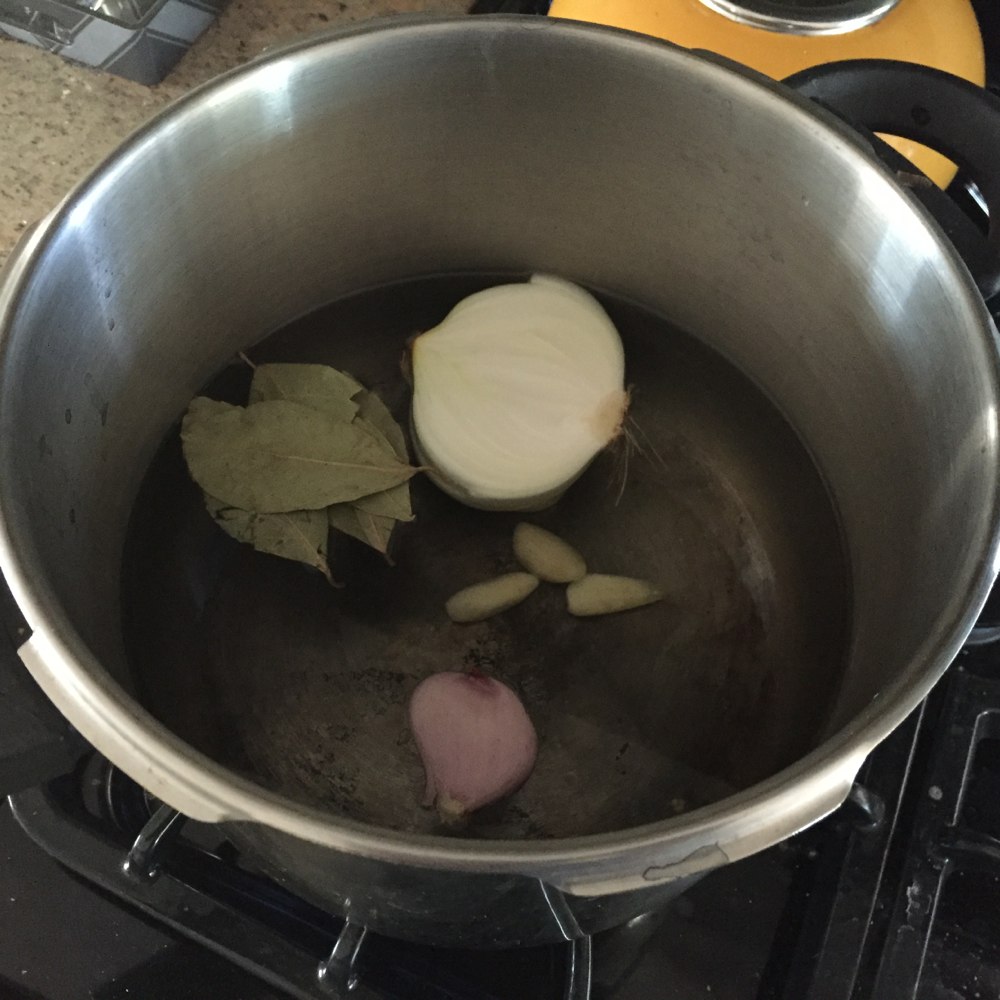 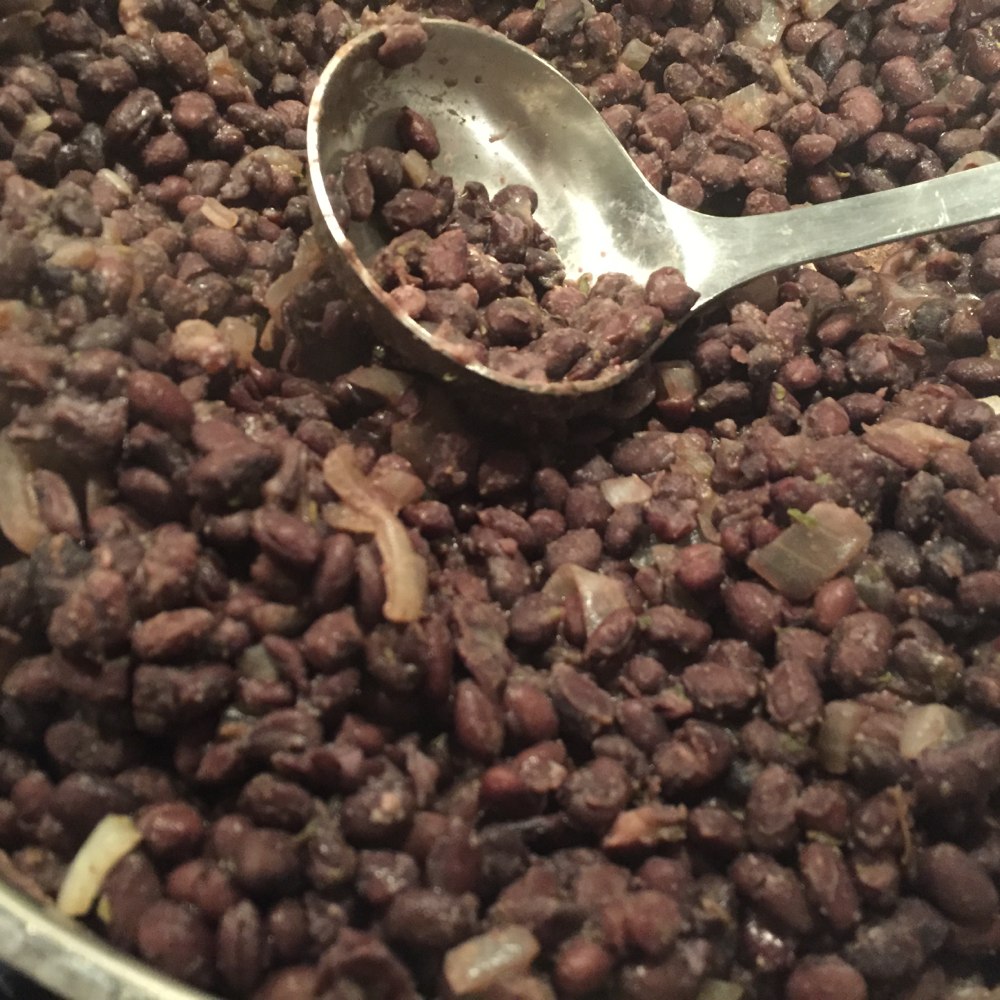