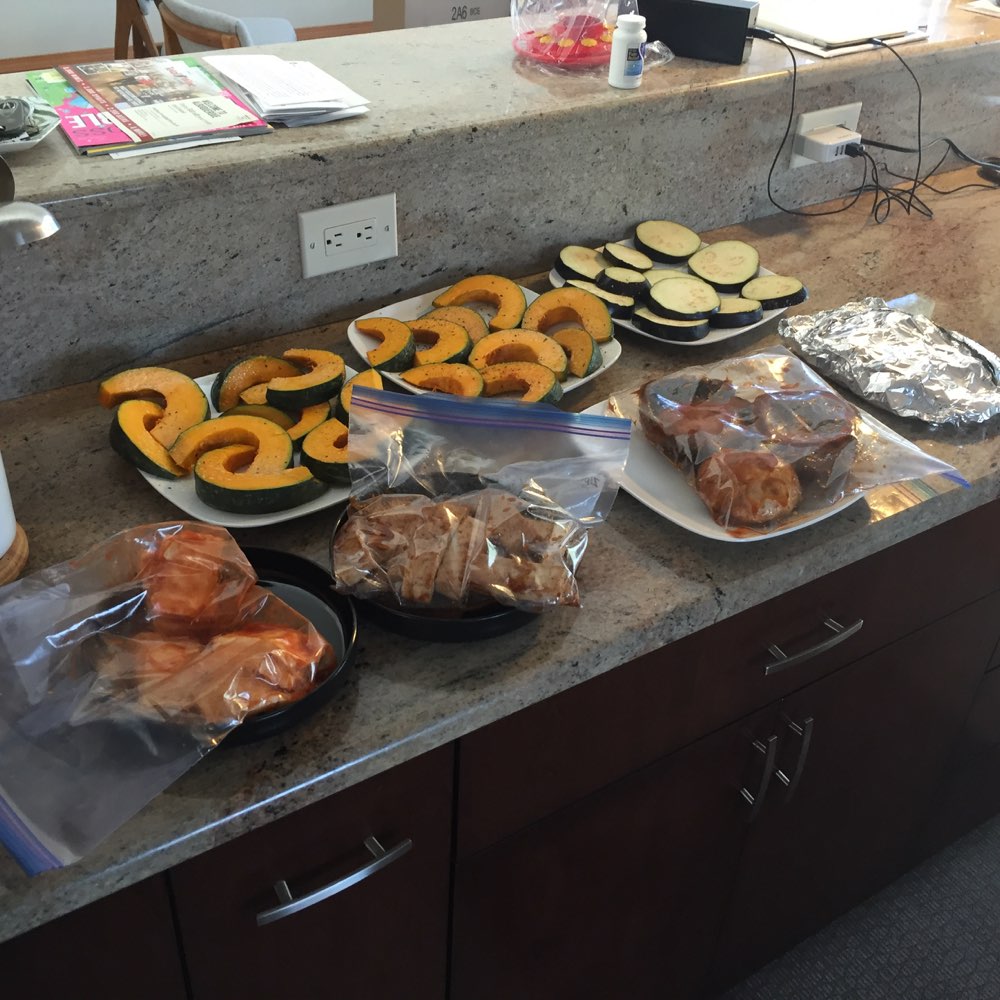 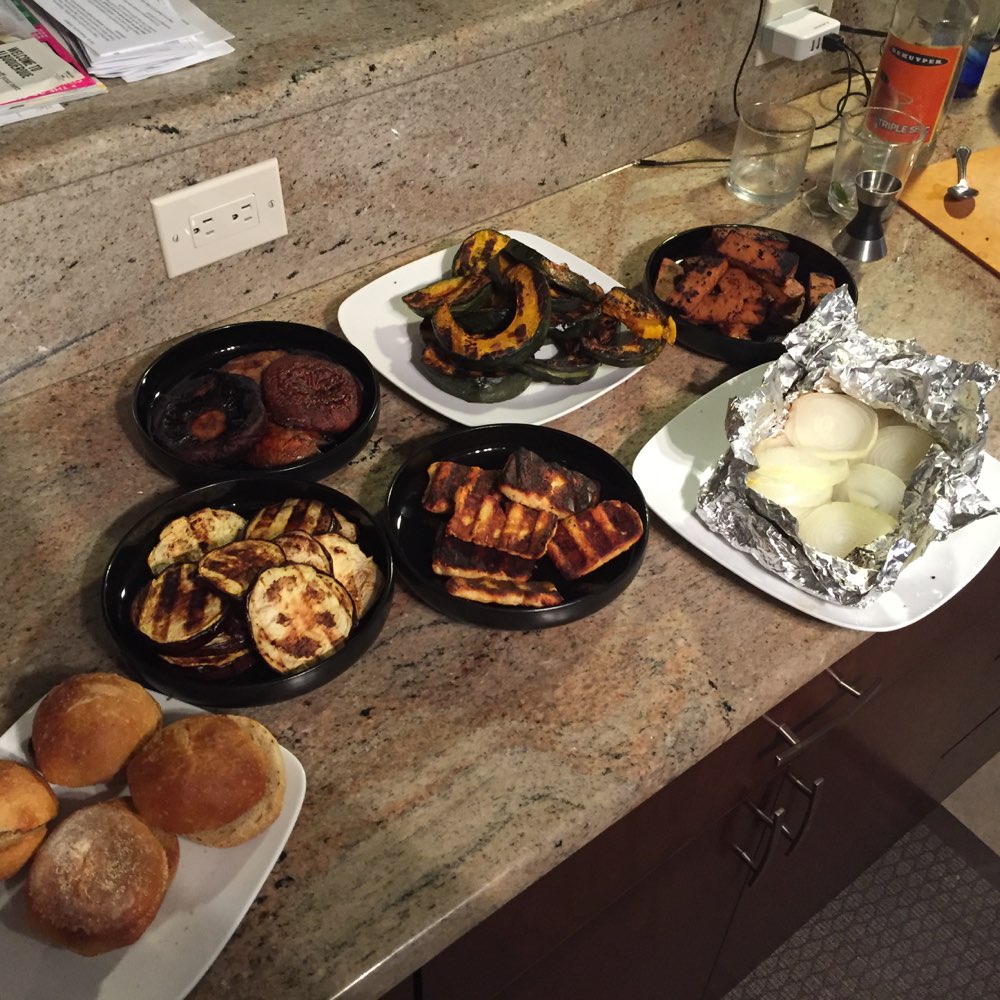 We finally got a grill and put it together. We had some friends over to break it in. We also decided to go with a vegetarian meal (just for kicks).

There were lots of food that required various levels of prep. We went with a mix of easy and hard.

Nothing much too it. We just used salt and pepper on them. They were grilled for about 10-15 minutes on each side. As you can see, some got a bit burned, but they all came out okay. Actually, this was surprisingly not dry like most squash is usually. It may have been the grill or the 2 hours (ish) they sat with the salt and pepper. That may have had to do with it too 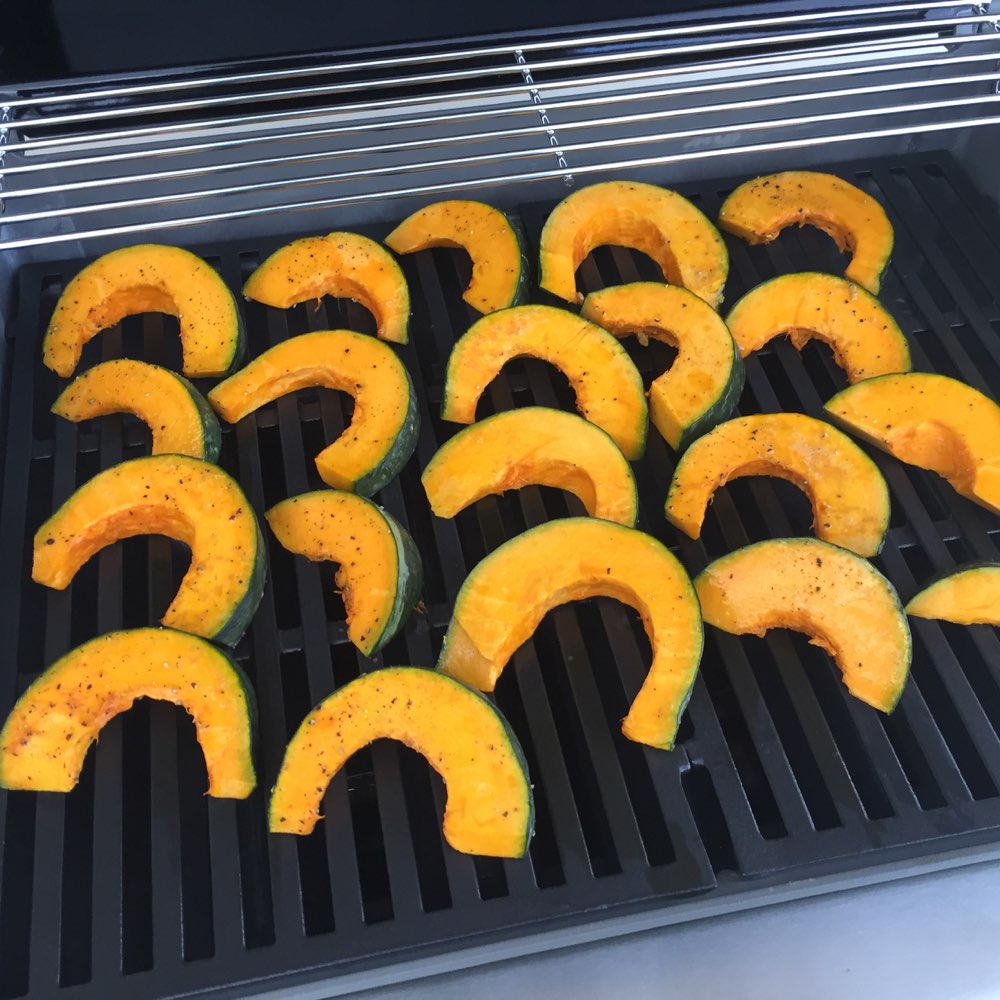 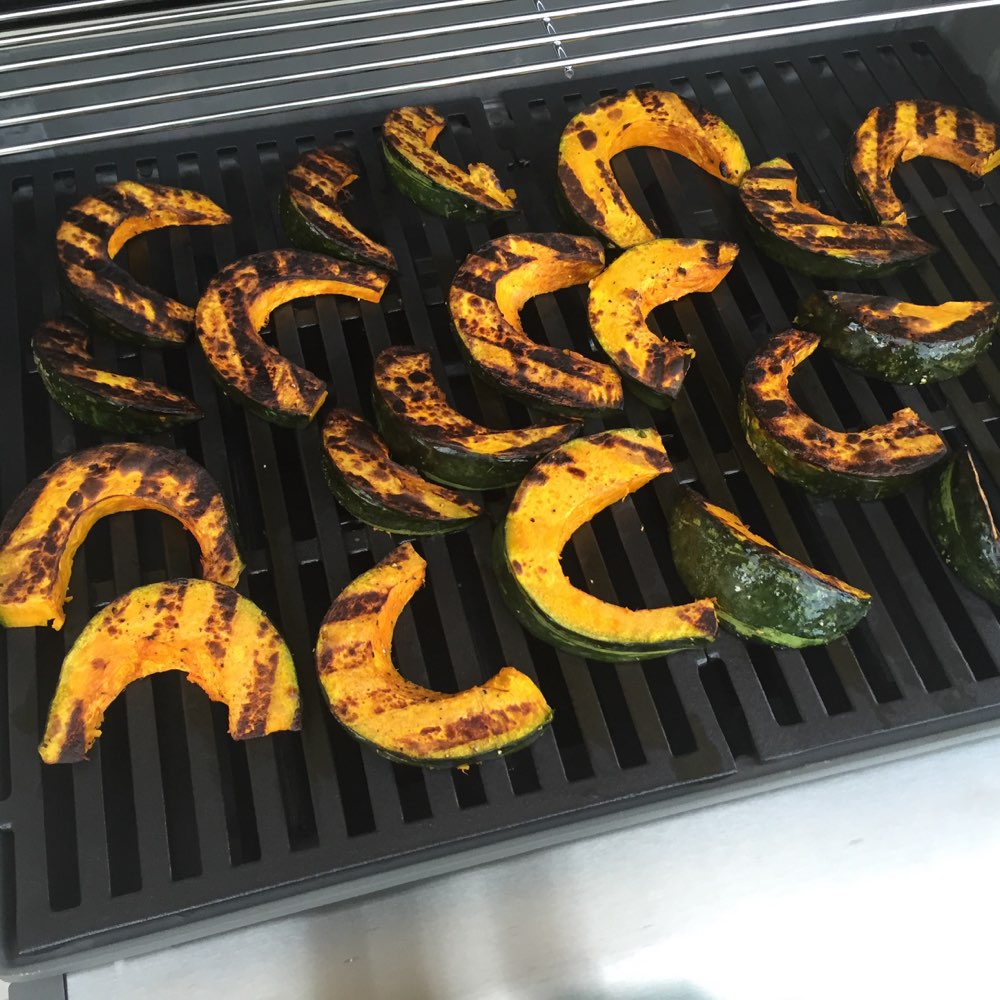 We just cut them put them in a pouch with a bit of salt, pepper, and oil. I cooked them for a long while but not really long enough. They could have been more caramelized a bit better. Next time, I will use some butter too and then I will also let it go for a good bit longer. Get some real caramelization on them.

Just salt and pepper. We went easy with these

This was the one marinade we really did by our selves. We used the miso-marinated carpaccio recipe. We followed the base marinade pretty closely except that we added a tablespoon of gochujang. We've done Sriracha before, but I figured that given that this was a miso-based marinade, we should use something else super fermented. It worked out well. A bit spicy. We did forget the rest of the recipe including the pistachios, but it still worked out well.

This also marinated for a few hours 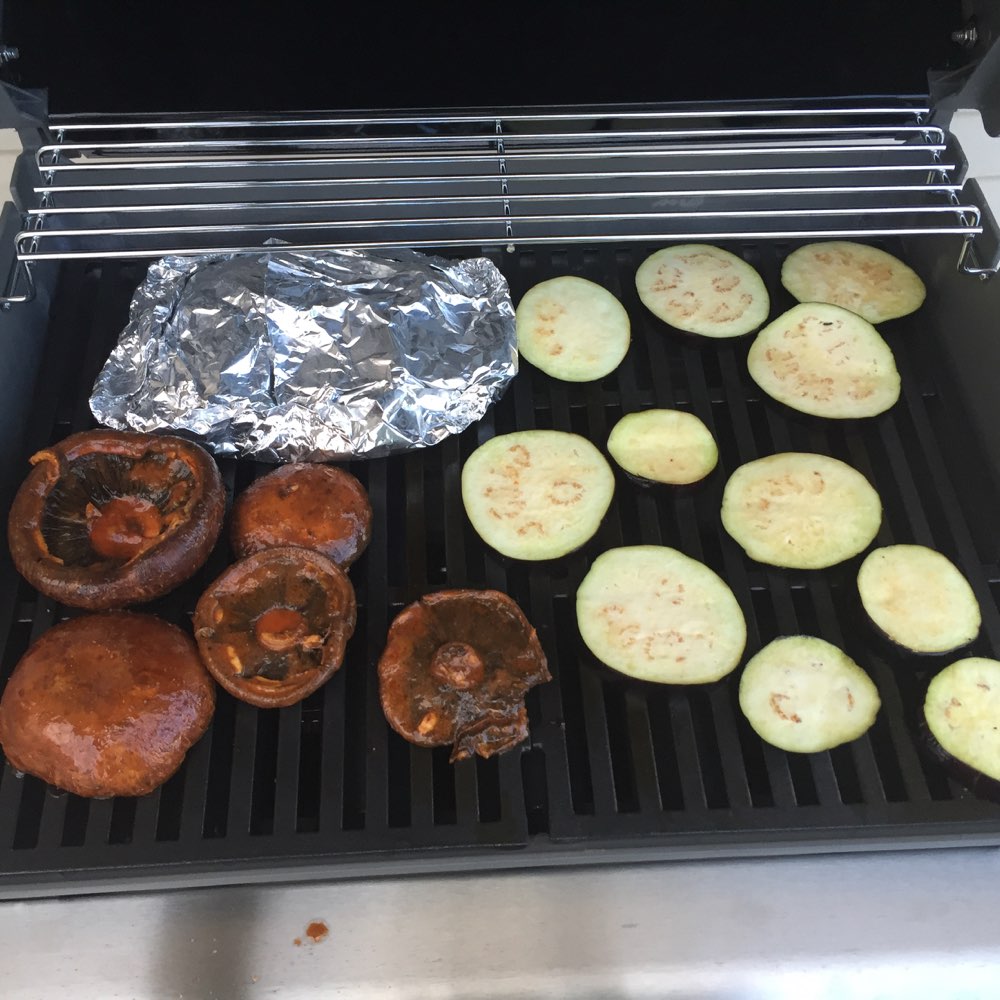 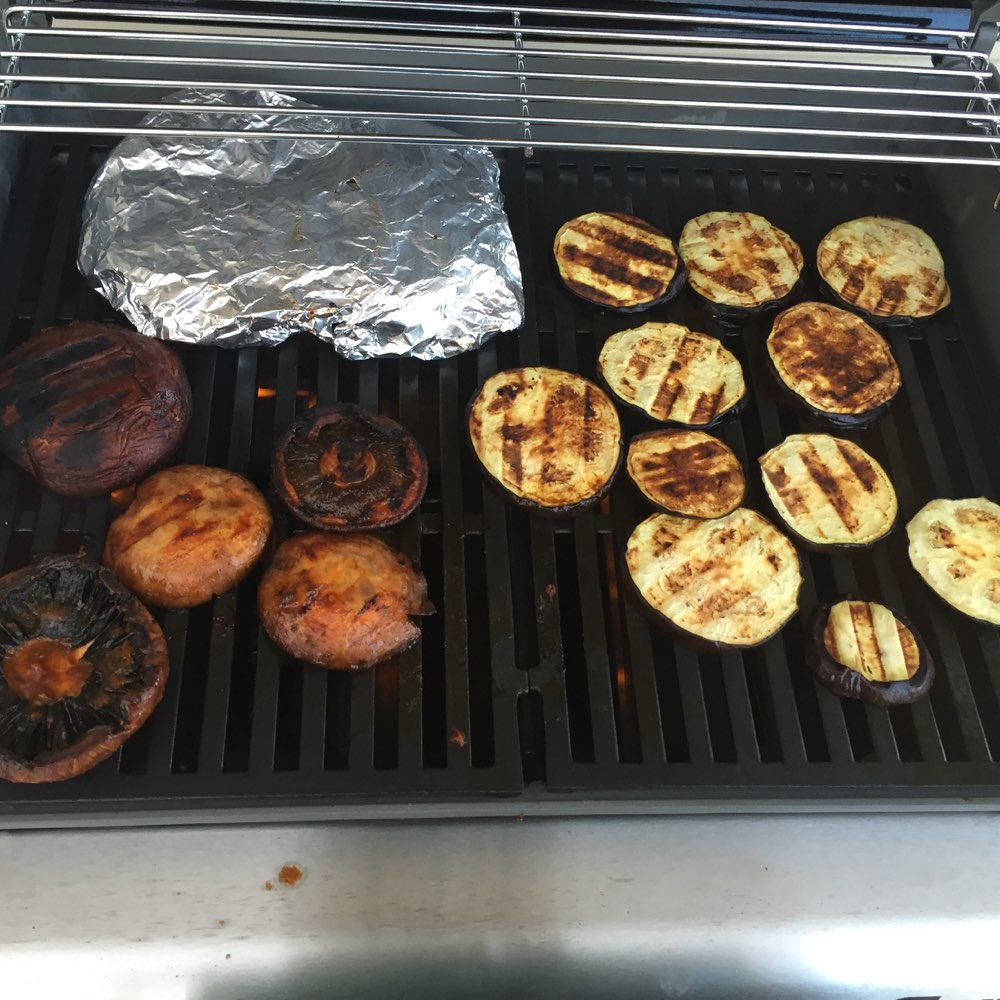 We've used this a few times before (see 2015-08-01,2016-05-16). We marinated it in Franks Red Hot. Pretty simple but it also worked well. As you can see in the photos, I burned it a bit. They were kind of dry, but still good. I should be careful next time and use a lower heat. It is still kind of crazy that they don't melt!

Another easy prep. We used the Trader Joes "Super Firm Organic Tofu". We cut it into medium-sized slices and marinated it with Soyaki Sauce. Again, marinated for a few hours and then grilled. I really like working with this tofu. Anything else would need to be pressed for a long time but this stuff just works fine. It also came out pretty good. Maybe a bit dry, but still pretty good.

The bread was the Trader Joes sour-dough rolls 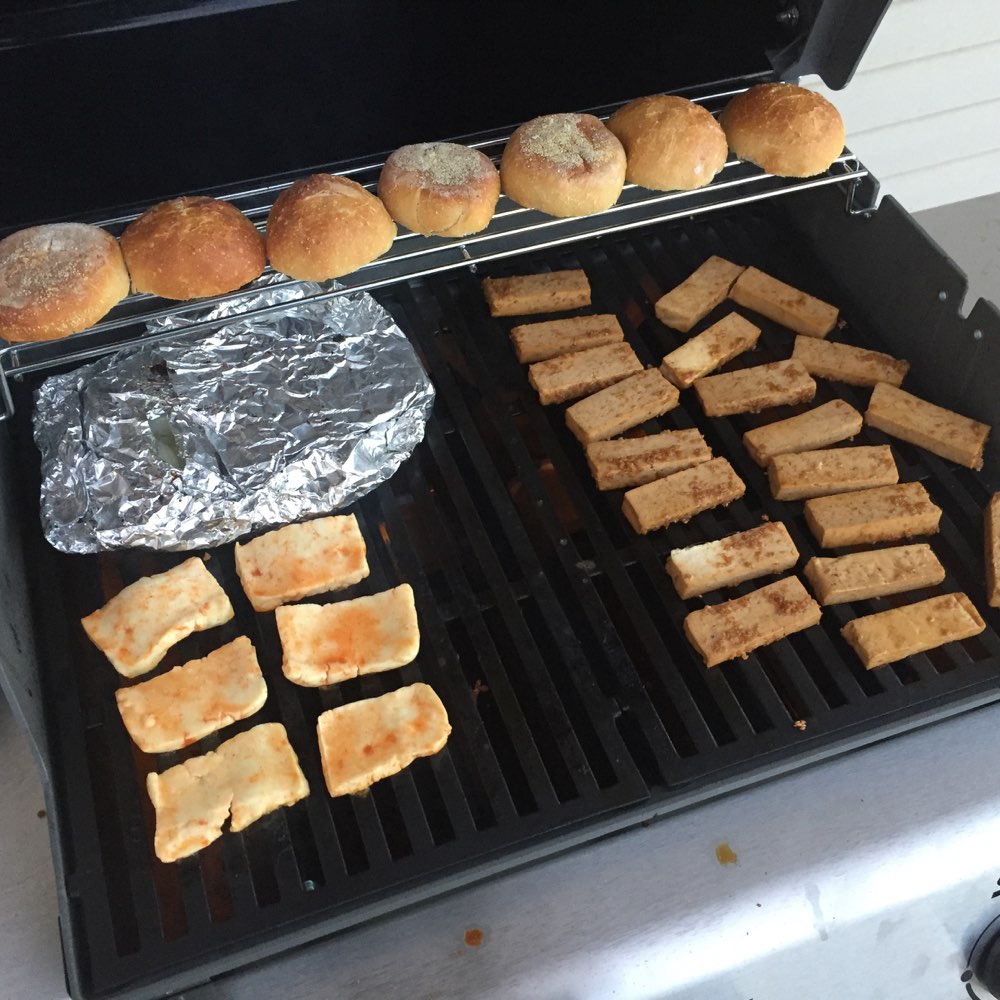 We made a pretty simple dessert Meredith found on Serious Eats (Local). There wasn't much to it and we forgot to buy the peanut butter chips. But the rest was pretty easy and it was good. We had to use some a toothpick to hold some it together. It was a bit messy as a lot of it fell over on the grill. Lots of chocolate and marshmallows on the plates1.

I thought they were pretty good. Maybe a bit strange having the warm banana but I did like it. Ours was certainly not as pretty looking as the ones in the original recipe. 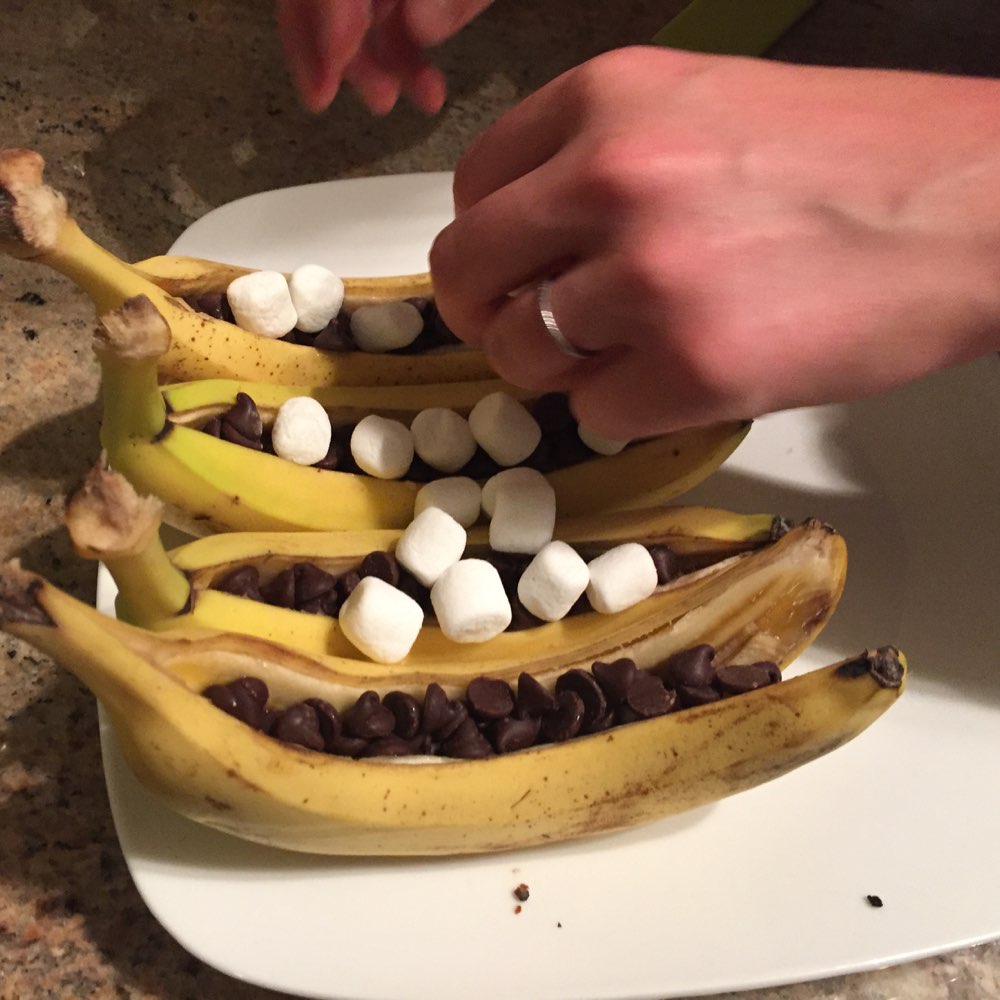 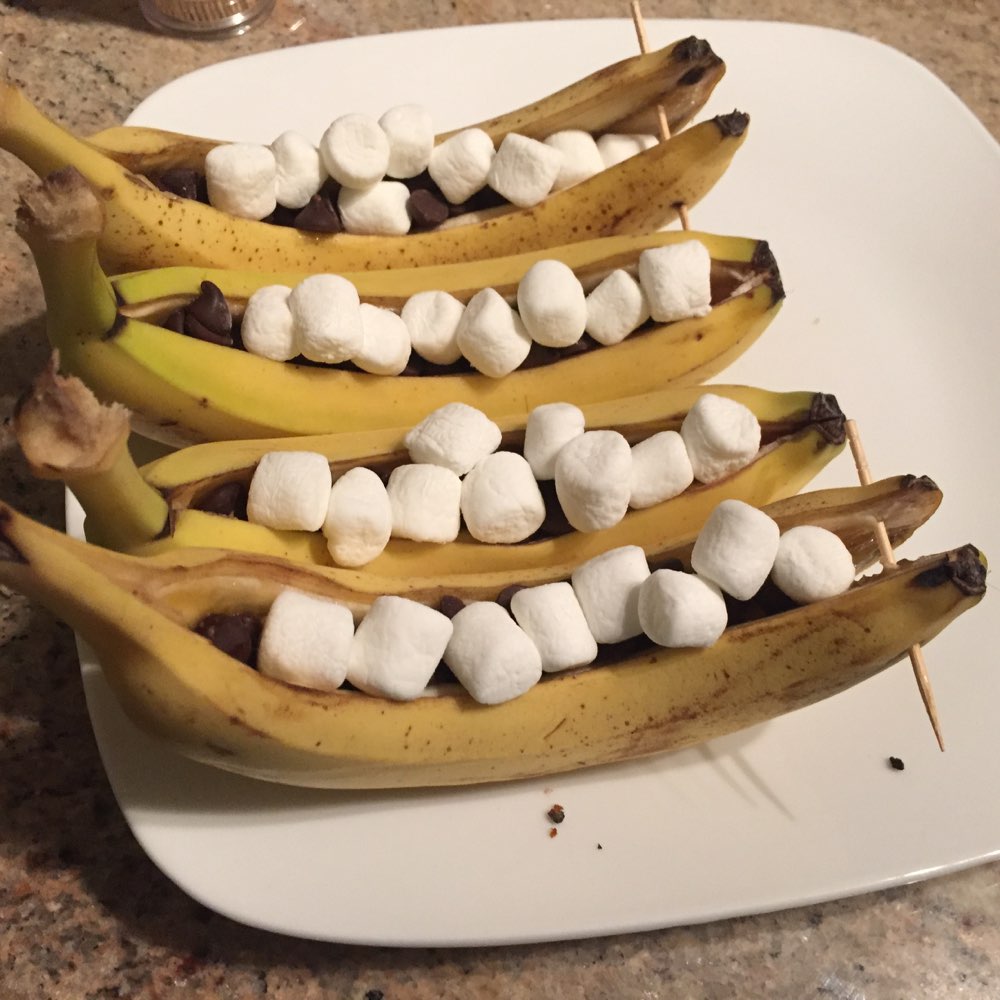 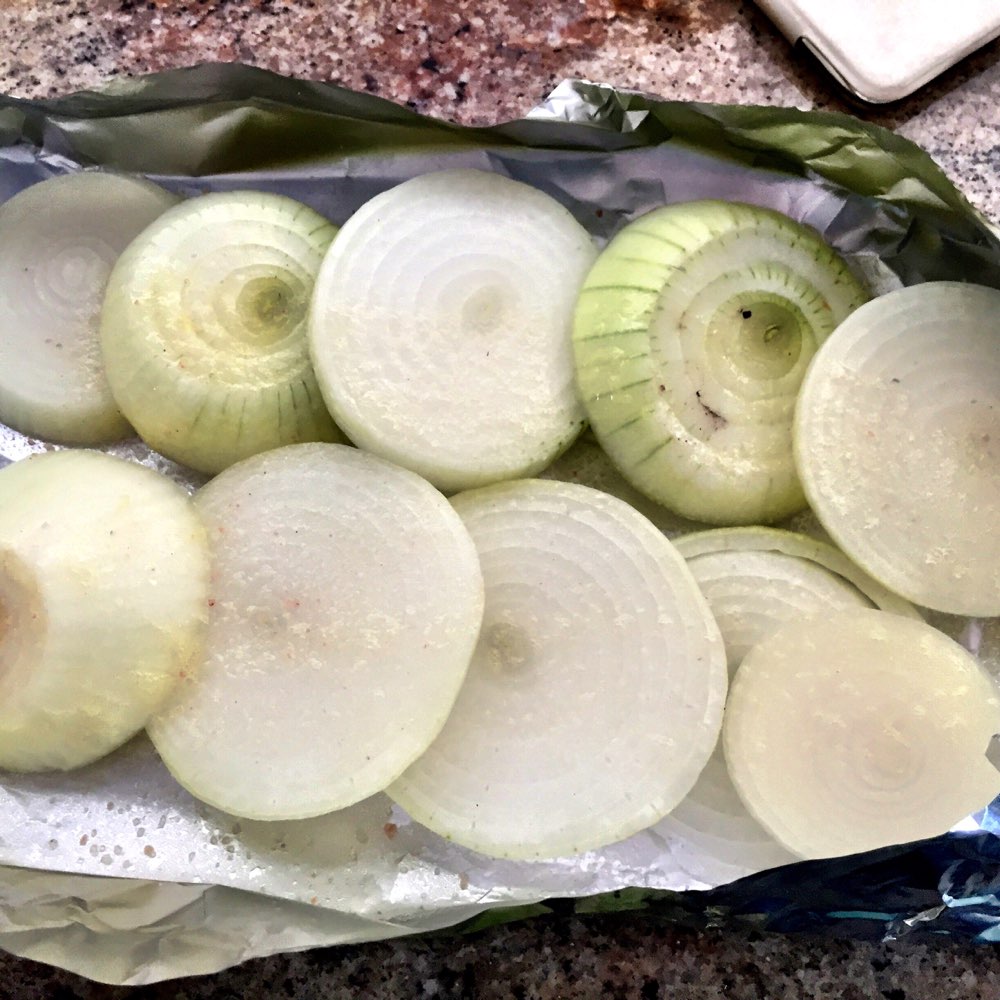