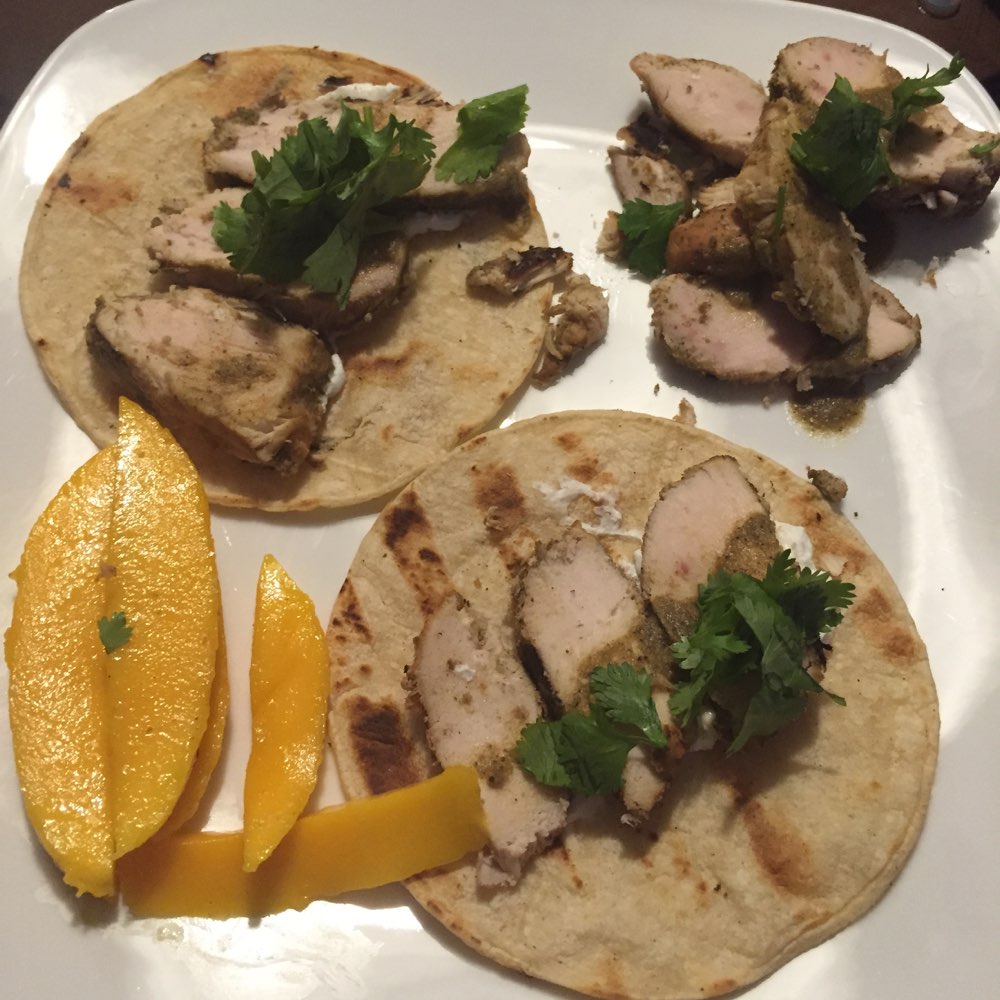 I did make a few small changes to the marinade:

The marinade was really good. I was eating some of it with a spoon! I think we could try to thicken this (though it may then not be enough volume to blend) and make it into a sauce. Either way, we would certainly use the marinade again!

I then grilled it at the highest temp for 1 minute per side as the sear step.

Flavor wise, I like it a lot. I would certainly scale up using this recipe. Method wise, I was a bit torn. I love sous-vide but finishing on the grill was kind of a waste. It stuck some (since we intentionally not leaving it on long enough to cook) and there wasn't much benefit. Plus, it took a lot of time and propane to grill it. On the plus side, I could do it all at once, I didn't have to heat up the house, and I didn't set off smoke alarms.

Or, I will just grill it. Then you get the (appropriate for the meal) char, etc. And I may consider keeping the skin on, but we'll see.

Also, with the sous-vide, the chicken was almost too moist. It just didn't quite feel right for this. Kind of strange I guess.

Anyway, we just assembled with fat-free greek yogurt, chicken, marinade2,mango, Torchy's Diablo sauce, and cilantro. (I forgot to take a photo of mine. We used my friend's photo but we assembled hers differently and without Diablo sauce so it is missing in the above photo) 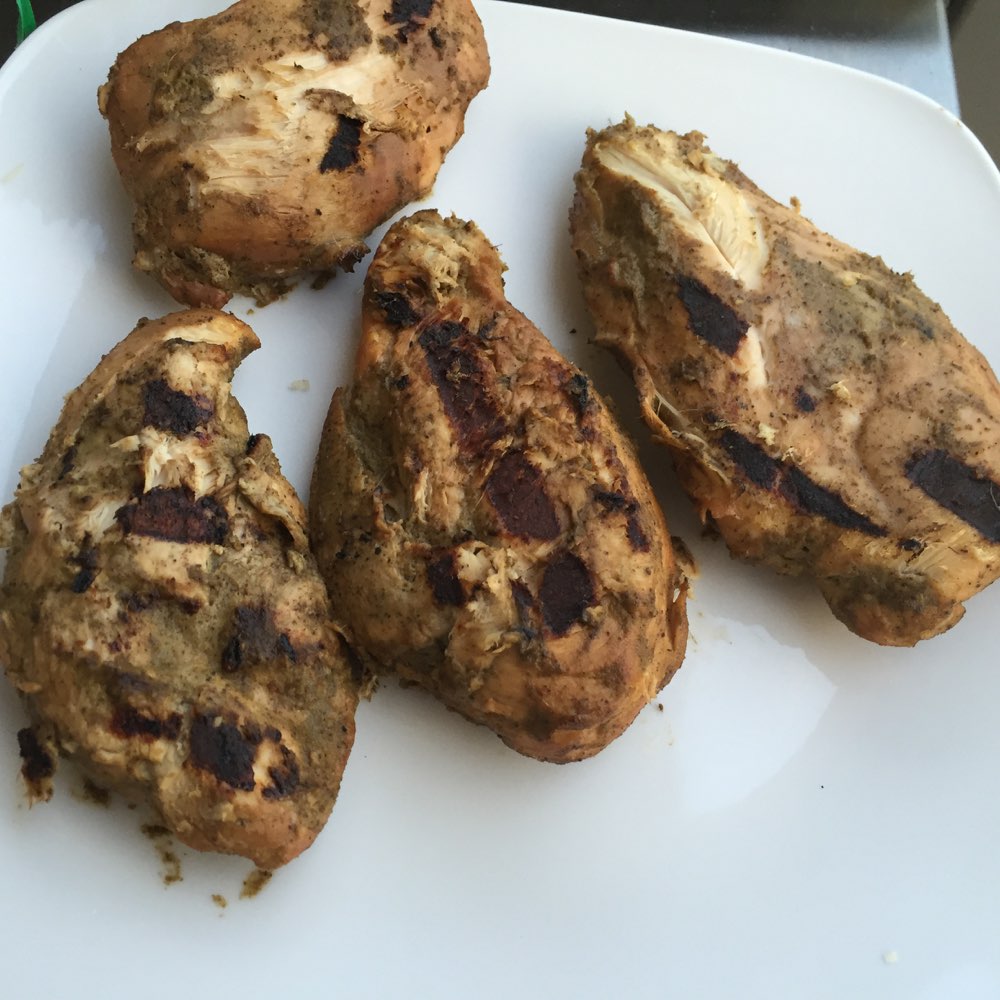 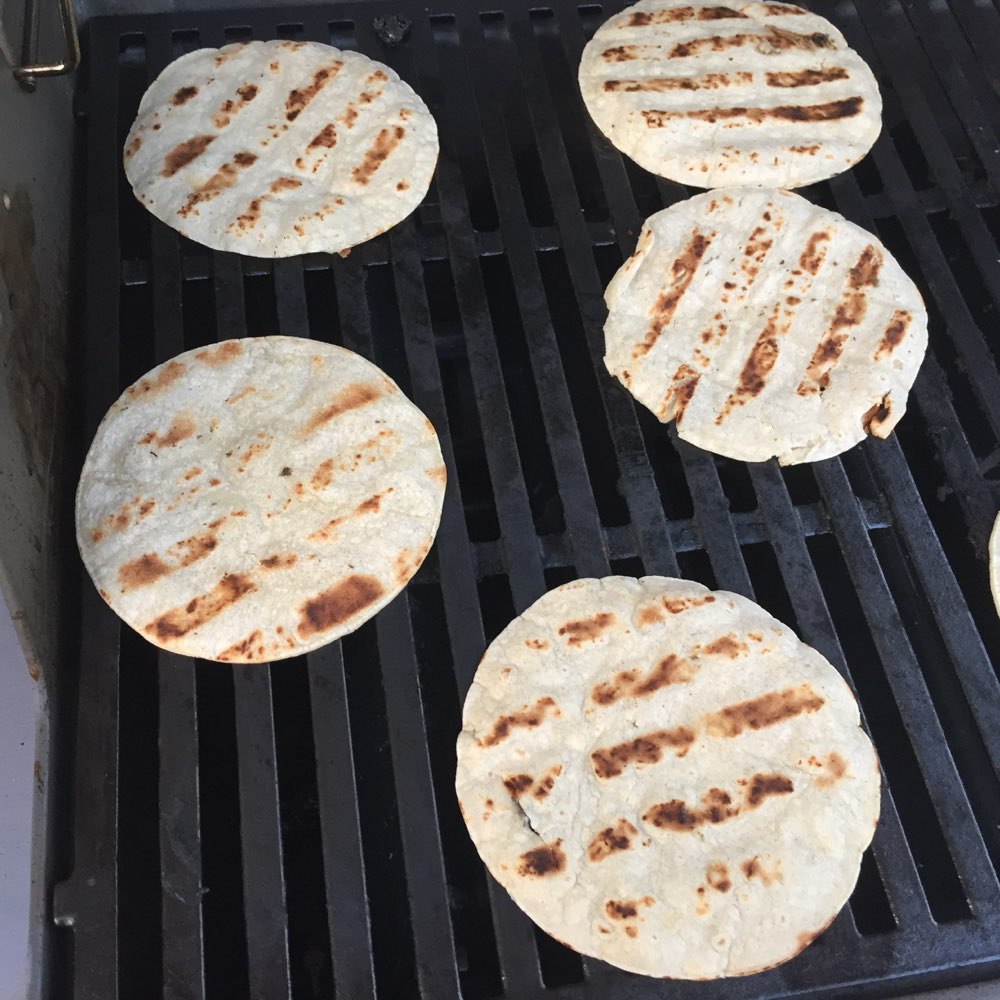 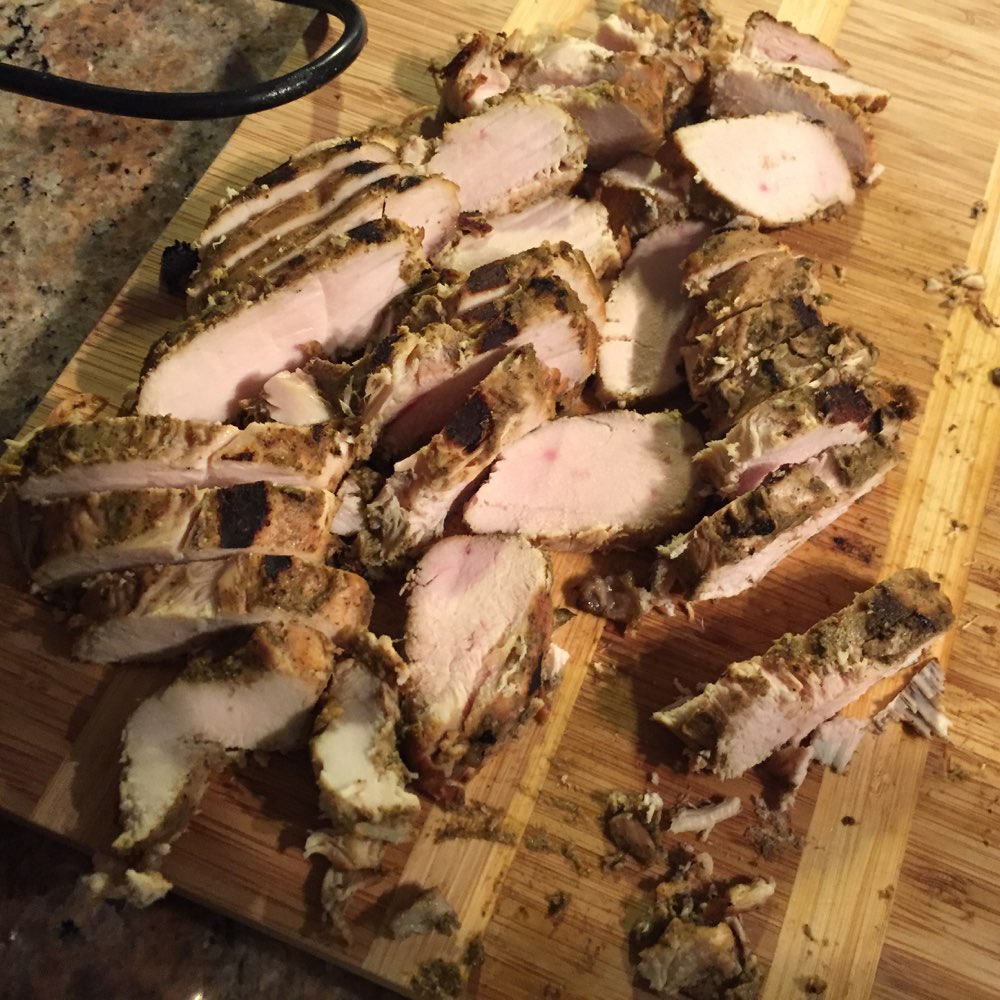