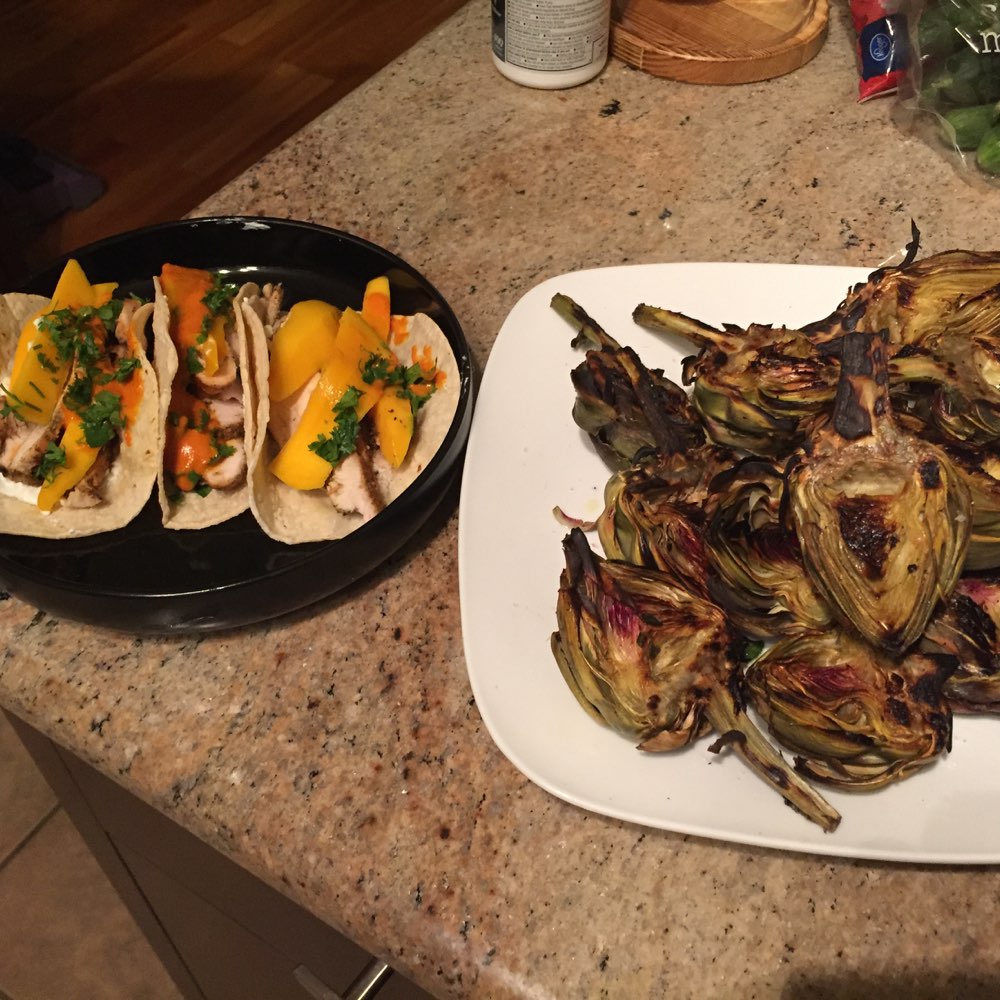 We made jerk chicken tacos. Actually, we made about 4+ pounds of chicken froze 4 servings.

We used the same recipe as last time with about the same changes. Except this time we went heavy on the peppers. We used 8 peppers and only took out the seeds of some. It was HOT!

I marinated all of it for about 2 hours (there was more than enough sauce for all of the chicken). Then I grilled it on medium / medium-high. Actually, I ran out of propane right around the time I put it on, so I had to pull it off, change the tank, pre-heat, and then I grilled it. I was actually pretty sure I over-cooked it based on the temperatures, but it was super moist. I guess the marinate/brine did the trick!

The chicken was really good. I am very happy with the recipe and the results.

I also made grilled artichokes mostly following this Simply Recipes] (Local 1) version. They were smaller ones so we made a bunch. I also did not do anything wit the stems. But I basically followed it otherwise. They were pretty good. I probably didn't get too much "meat" off the them and I barely used the dipping sauce (leftover tzatziki) but I liked the flavor.

This was also just an intense meal since, besides grilling extra chicken, I grilled food for other meals this week. But it was worth it and I was really happy with it. 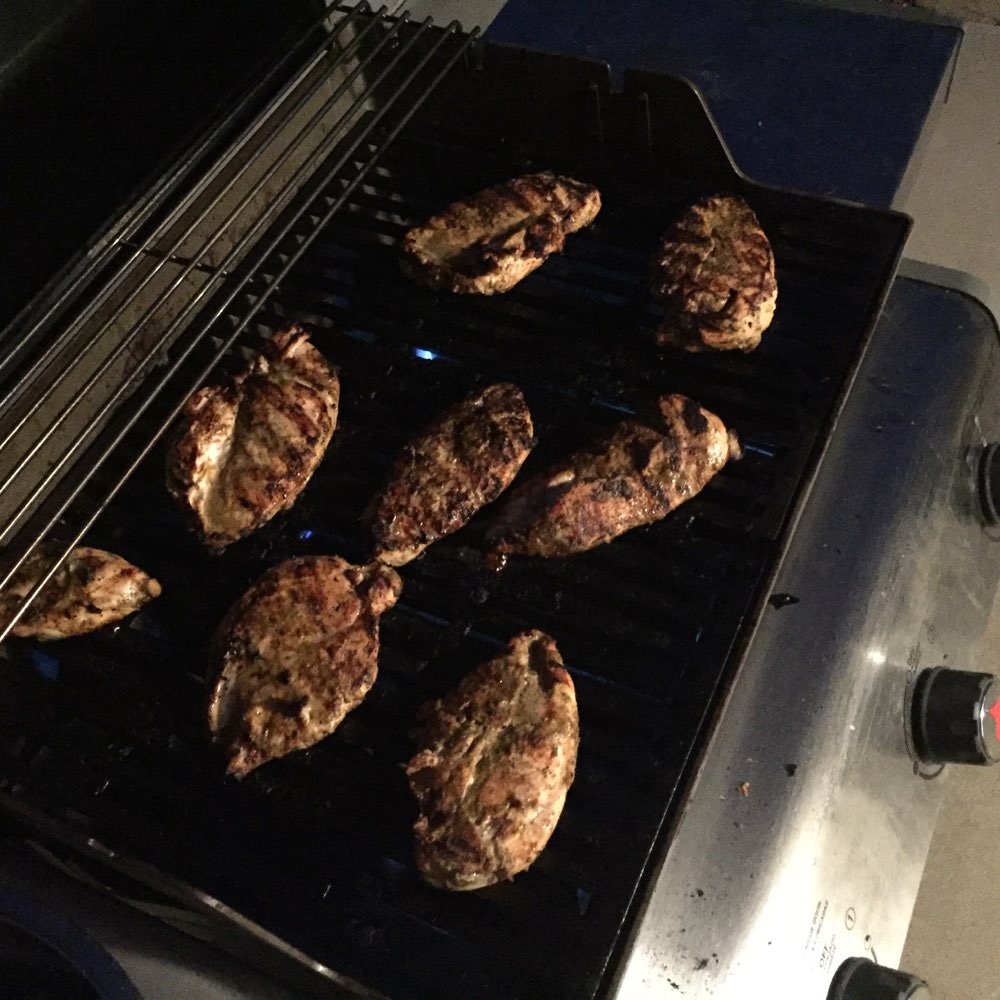 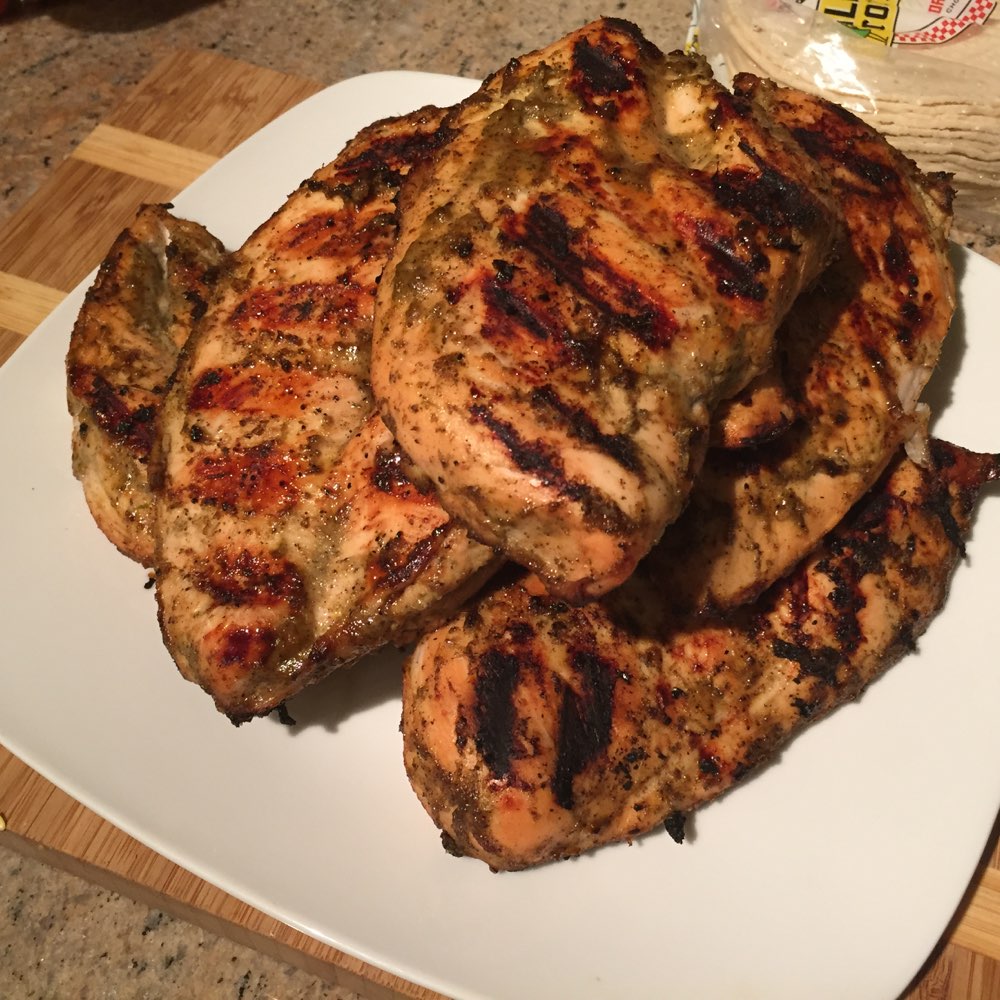 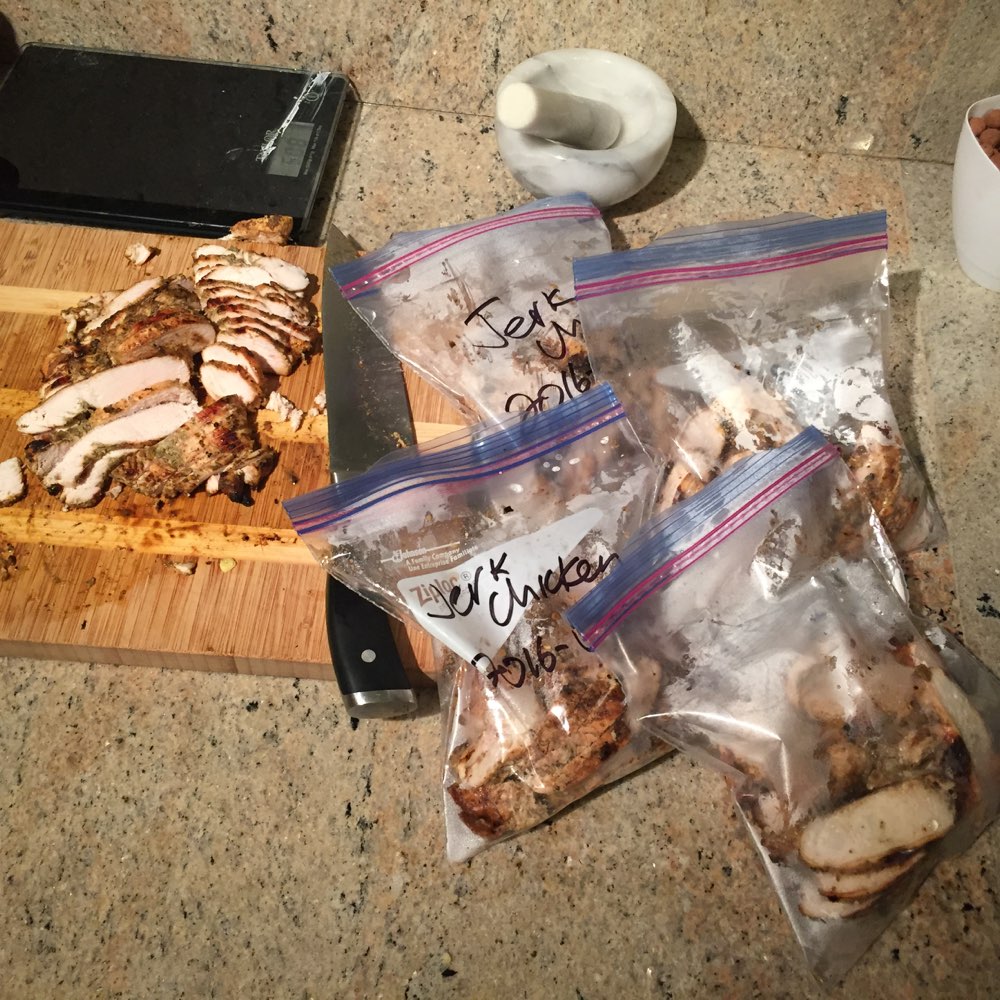 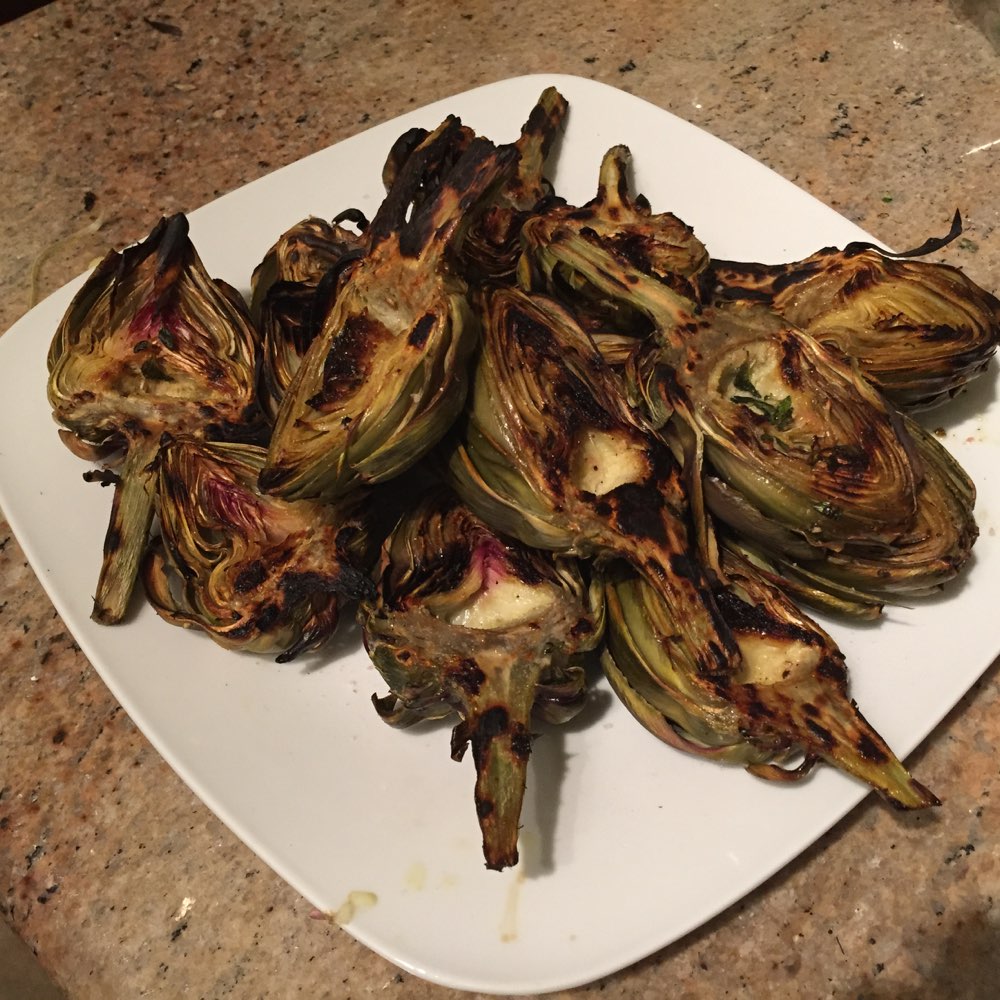 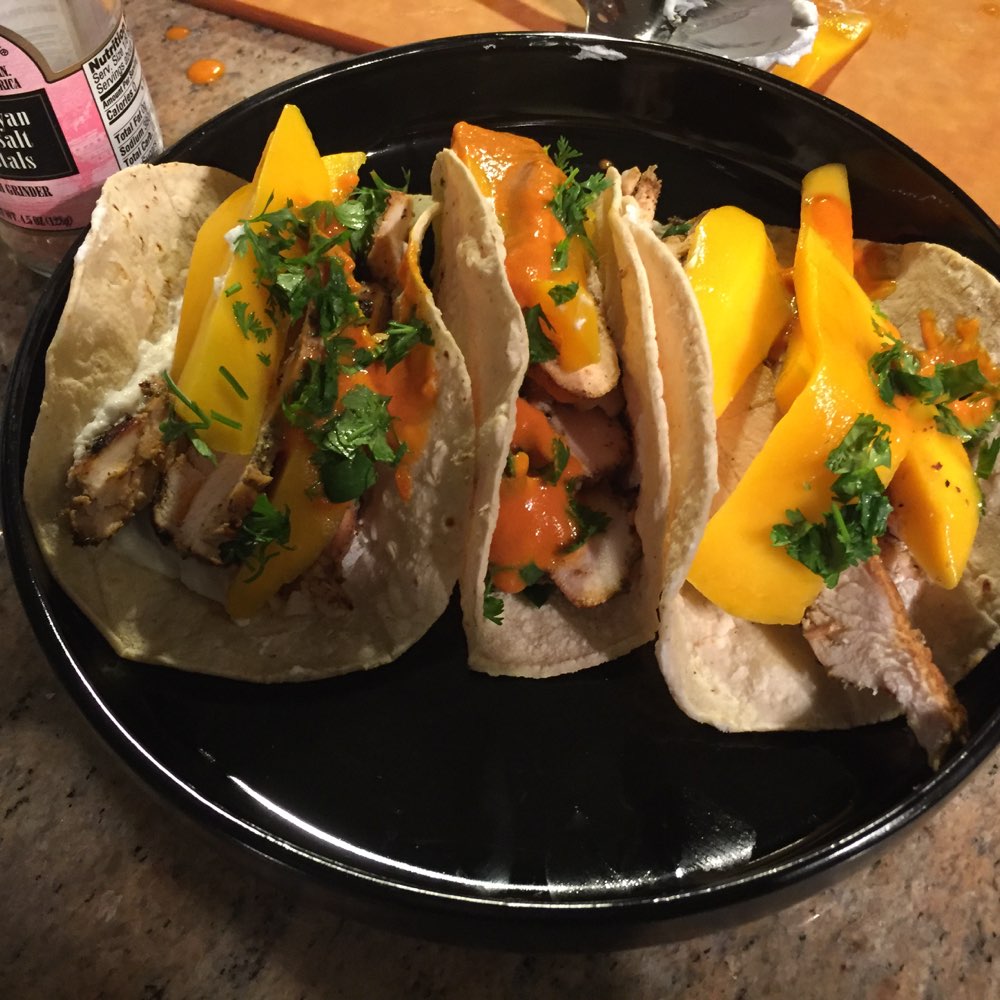 We had frozen a good bit of the chicken. We reheated it in a pan with a little of water to keep it from drying out. It worked out pretty well. Maybe a bit more dry and chewy than when fresh, but still pretty good (and spicy). Also it was super easy to make and cook. If we have mango around, it is a great quick meal.