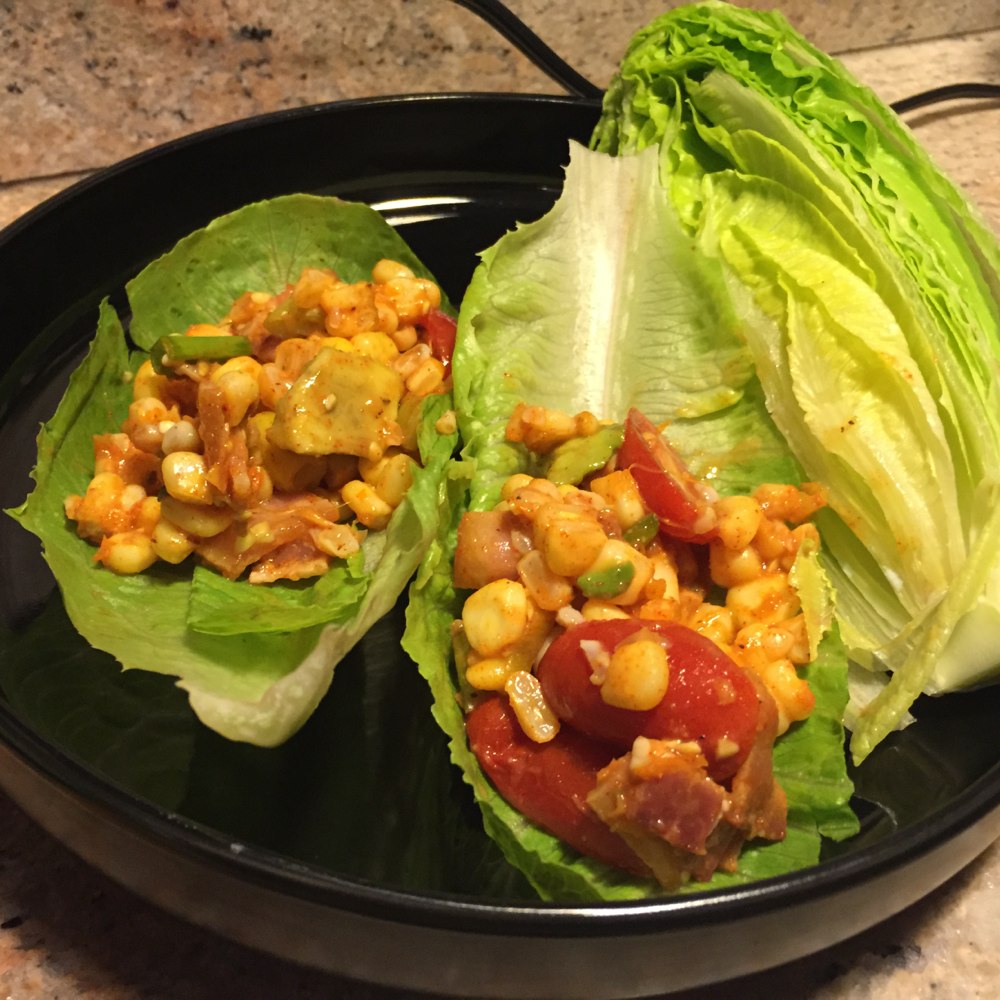 We made the same BLT wraps as we've done before. We followed the recipe pretty closely except that I grilled and cut the corn earlier in the week.

I actually kind of just eyeballed all of the spices. I also decided to interpet "chili" powder as "chile" powder and used a direct dried-chile powder. Of course, I decided to try to use Ghost Pepper flakes. Even opening in the bag and putting them in the grinder made me nearly choke to death from coughing and sneezing. So I went very light on it. Between the little bit of Ghost Pepper and the (extra) smoked paprika, it had a kick. Oh, and we also put some Franks Red Hot in there. 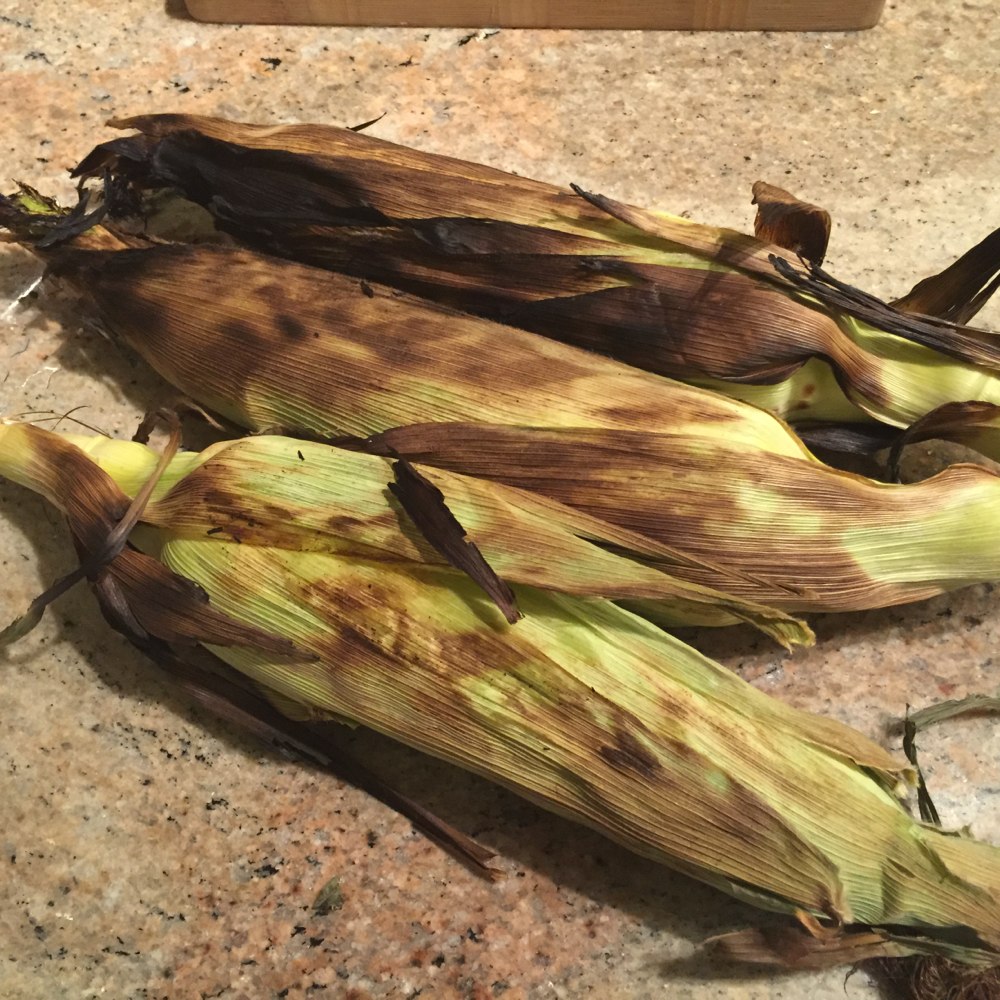 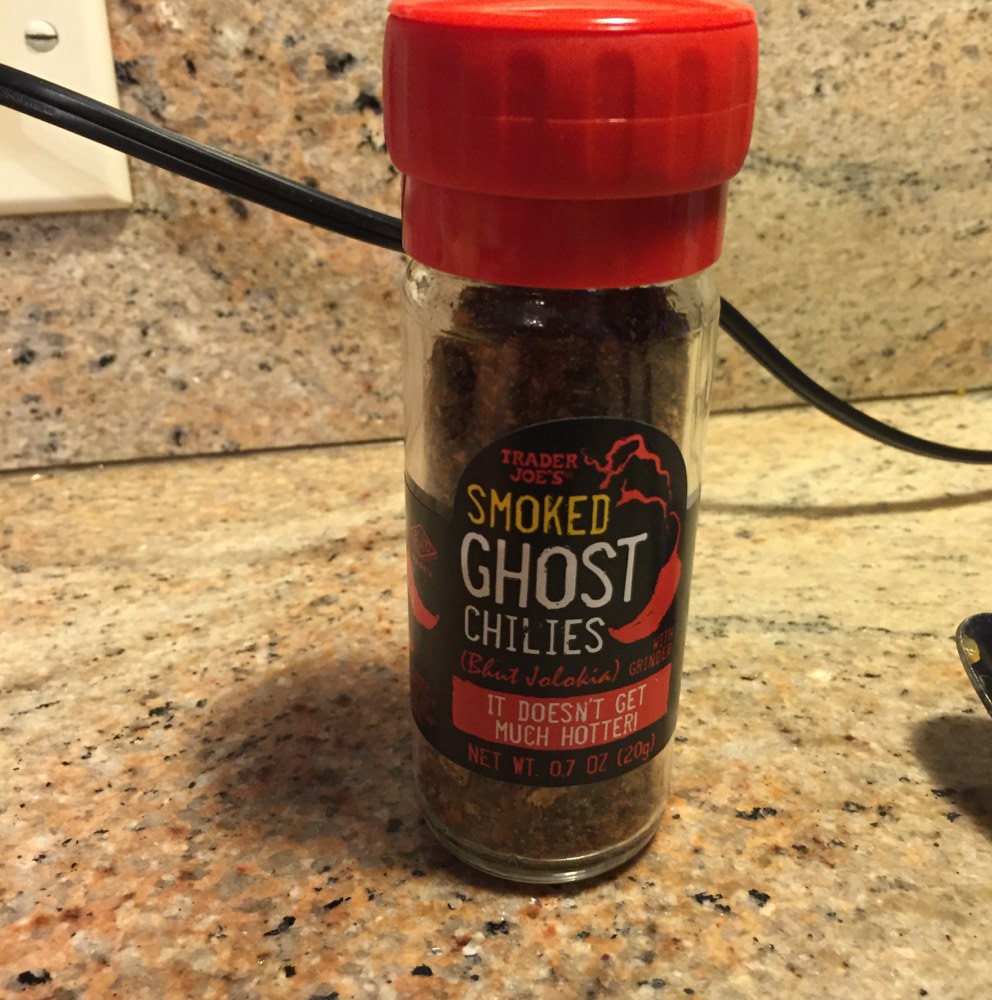