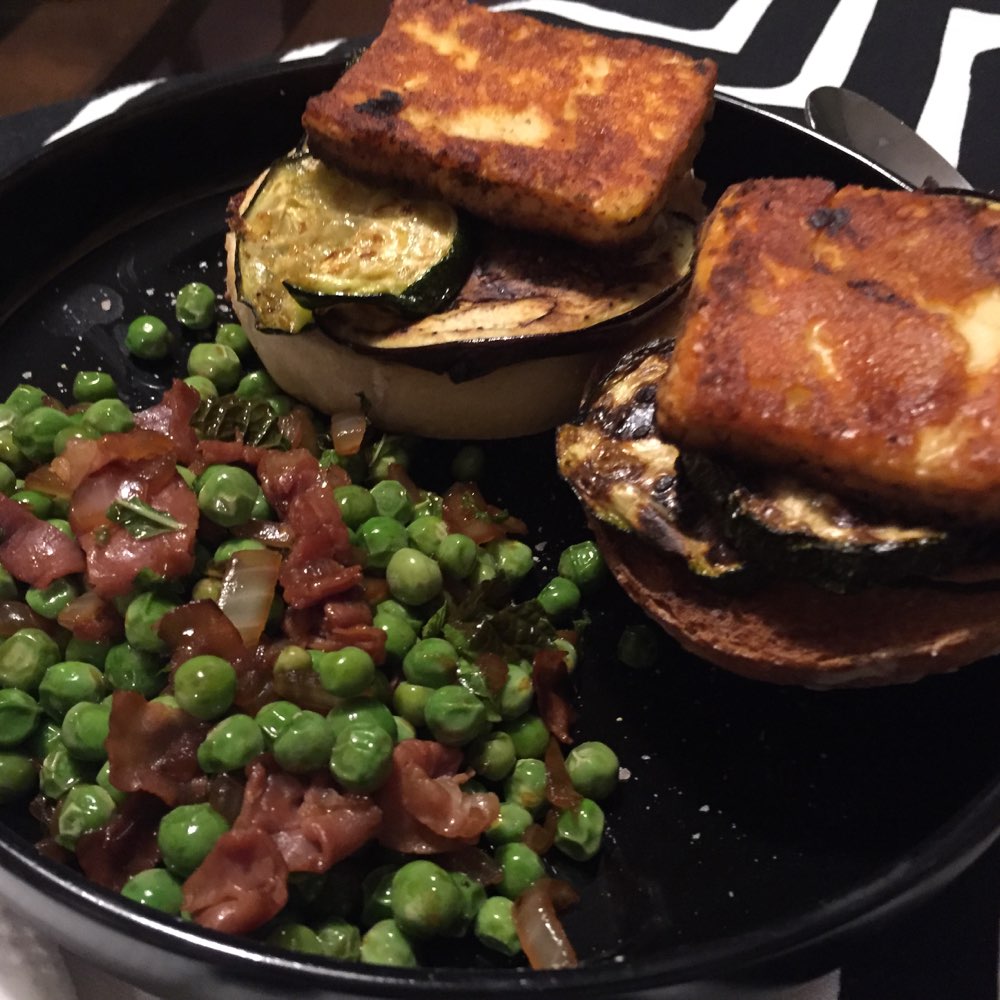 We had friends over but also wanted to make a quick and easy meal. We also wanted to do something that could either be grilled or done inside. I really wanted to grill it but it was raining just too hard.

We baked an eggplant and two zucchinis in the oven at about 400 for 2-30 minutes. I did the cheese (marinated for a while in Frank's Red Hot) on the cast iron on the stove. (a bit too long on one side).

Meredith made Spring Peas as before with mint and prosciutto. It was good and made ofr a nice compliment to everything else.