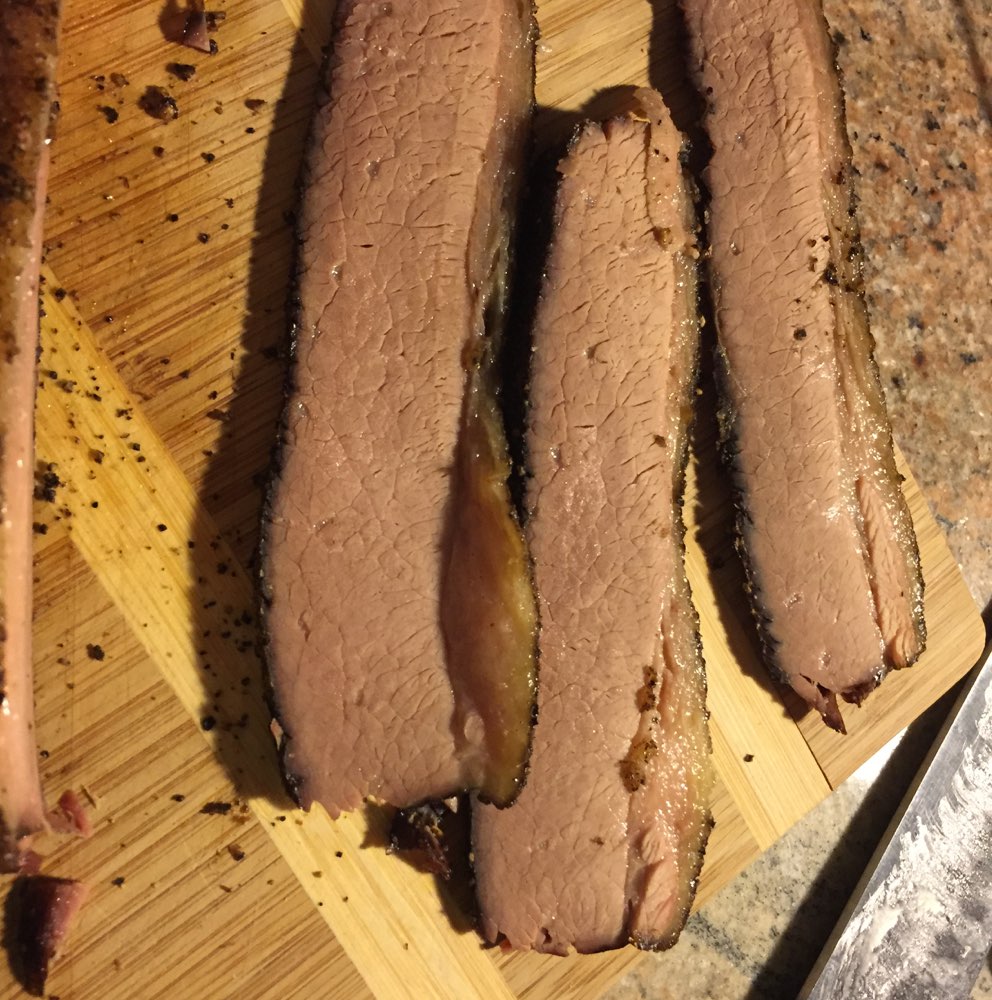 I made brisket using the Serious Eats Recipe (Local 1) originally in the Food Lab post (a copy also linked on the local page). The gist of it is that you do a combined method where you sous-vide for a while (24-72 hours depending on temperature) and then finish in the oven, grill, or smoker. Unlike the chicken we've done in the past where it just touched the grill, this is supposed to be like 3 hours under smoke. The recipe also includes a way to do it with liquid smoke and in the oven.

I started with the smallest piece of brisket Costco had at about 2.6 pounds. It also had a nice amount of fat but less than I've read about before. (you can see the fat on the sliced finished version).

I opted for the oven since I was running around all day and didn't want to deal with it too much. I did the sous-vide at 155 for about 25 hours (covered and insulated well. Hooked it to the Kill-a-Watt and read less than 3 kWh for then entire thing). I then ice-bathed it so I could put it in the fridge. I then cooked it for 2 hours or so in the oven.

The top photo is it being sliced after all of the cooking. It felt dry and was slightly but it was also kind of the texture you expect out of brisket. I would consider doing it with the lower temp next time. Flavor wise, it was pretty good but not very smokey (even with the liquid smoke). I certainly liked it but it wasn't super amazing. I would keep playing with this method and recipe since I like the ease of sous-vide over all day on the smoker.

I also wish it made more. You can see in some of the photos the amount of liquid that came right off the meat and in the bag in some photos. I was planning on cooking it down but ended up not doing it (or at least not yet). The final thing was 1.57 pounds (about 1 pound of liquid lost!)

Still, I was pretty happy with it (after cutting off the fat). It may not have been the most amazing, but it was a good first attempt. I will try with a bigger piece next time too. This was relatively small. 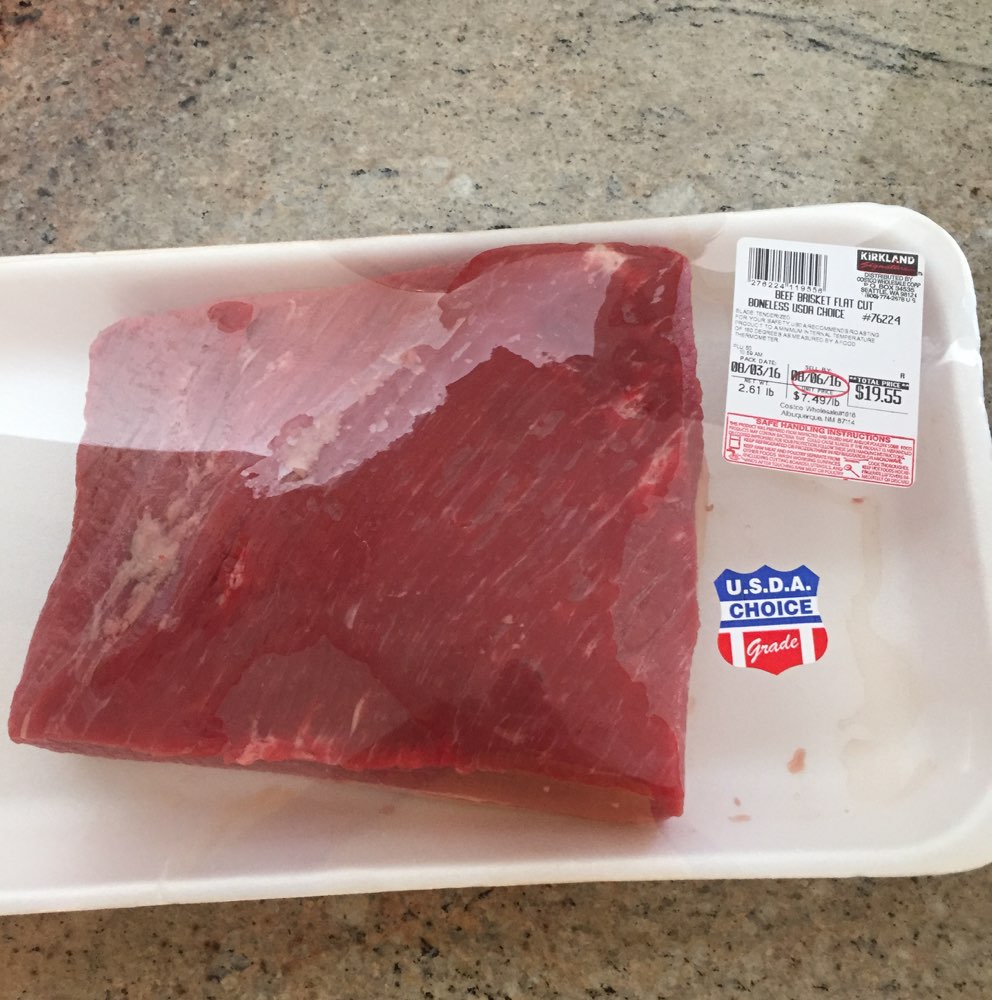 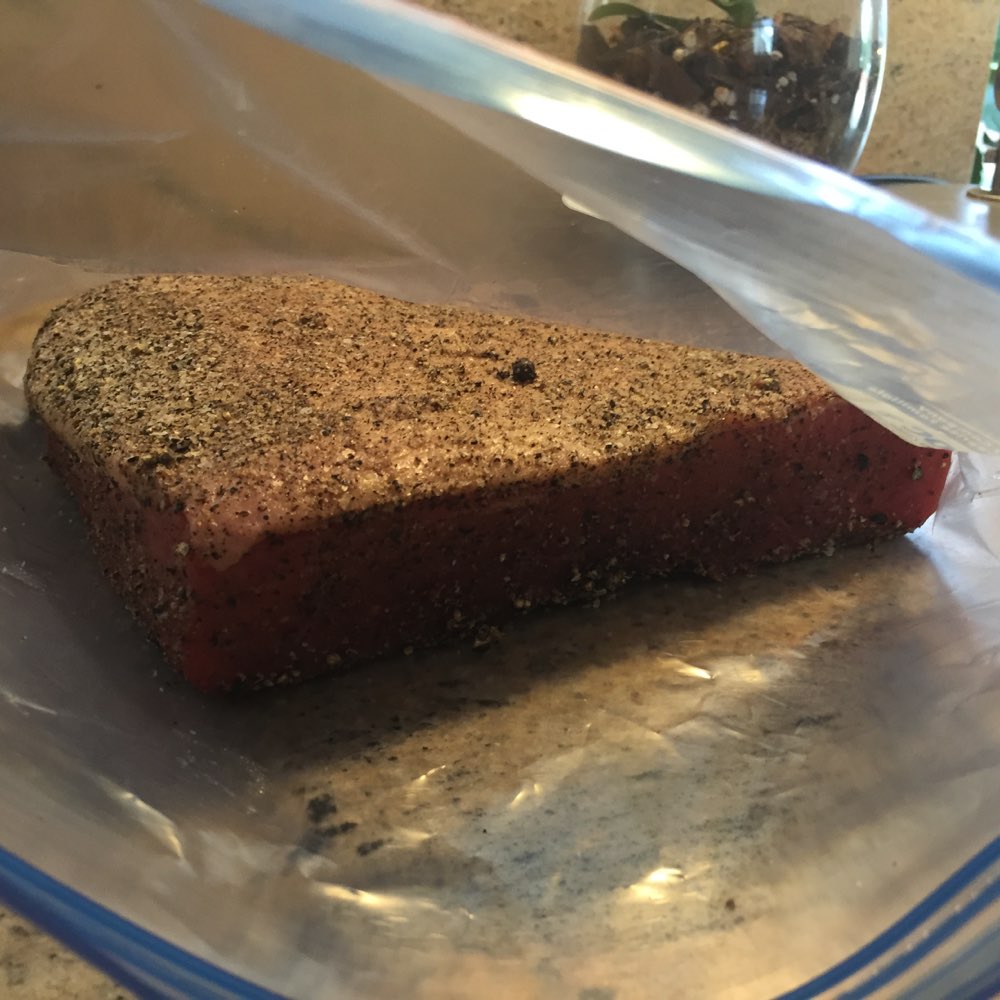 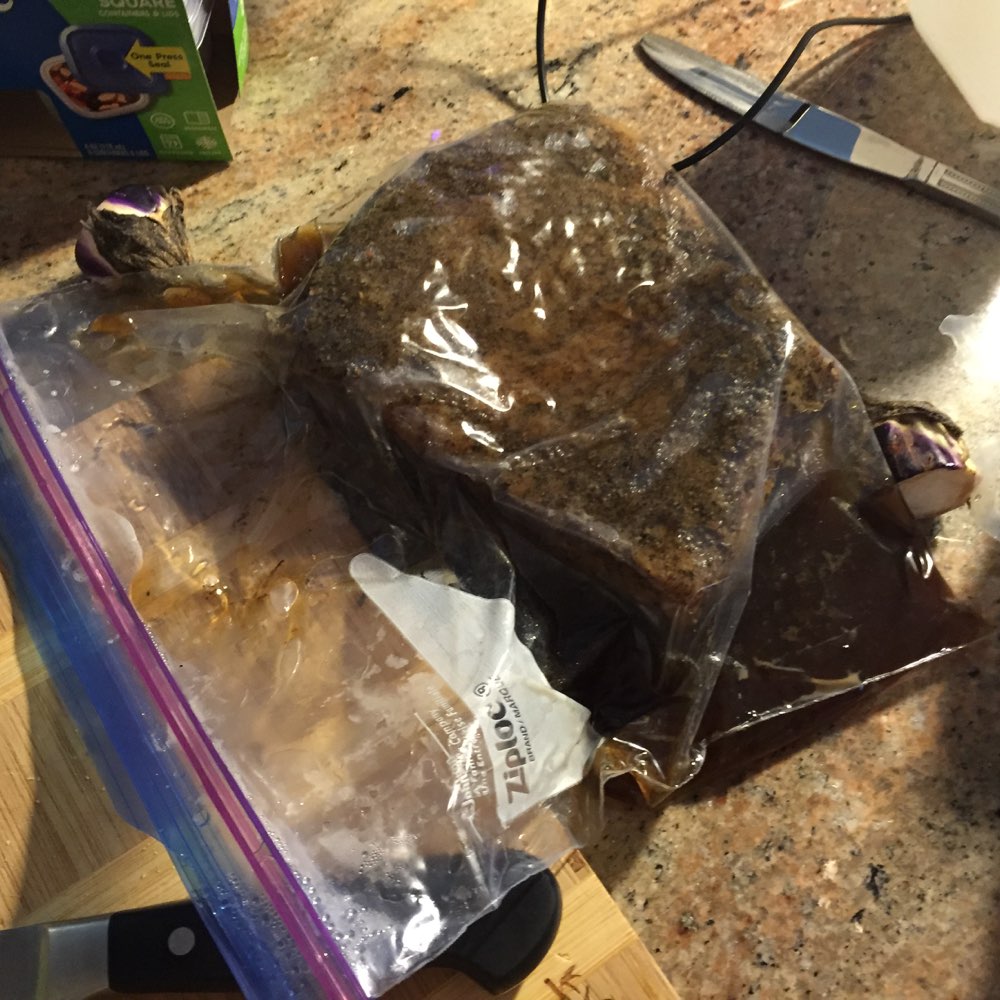 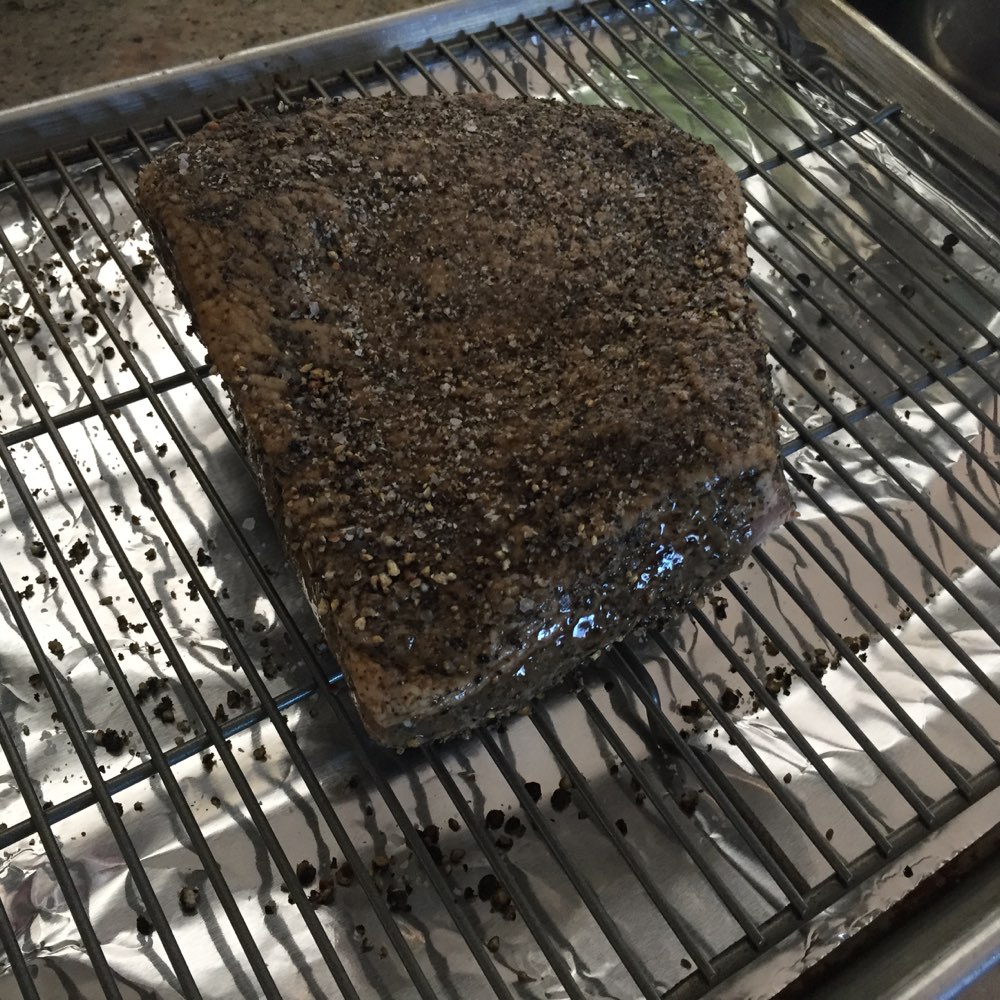 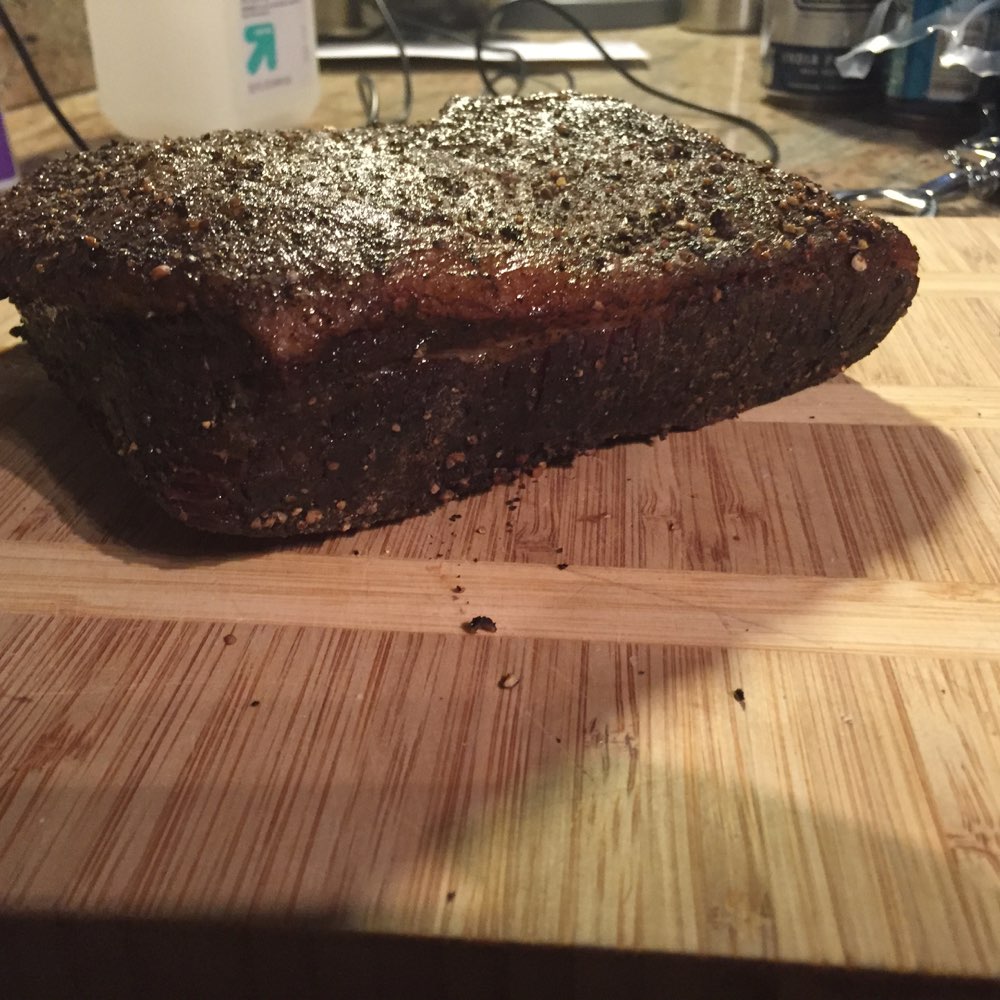