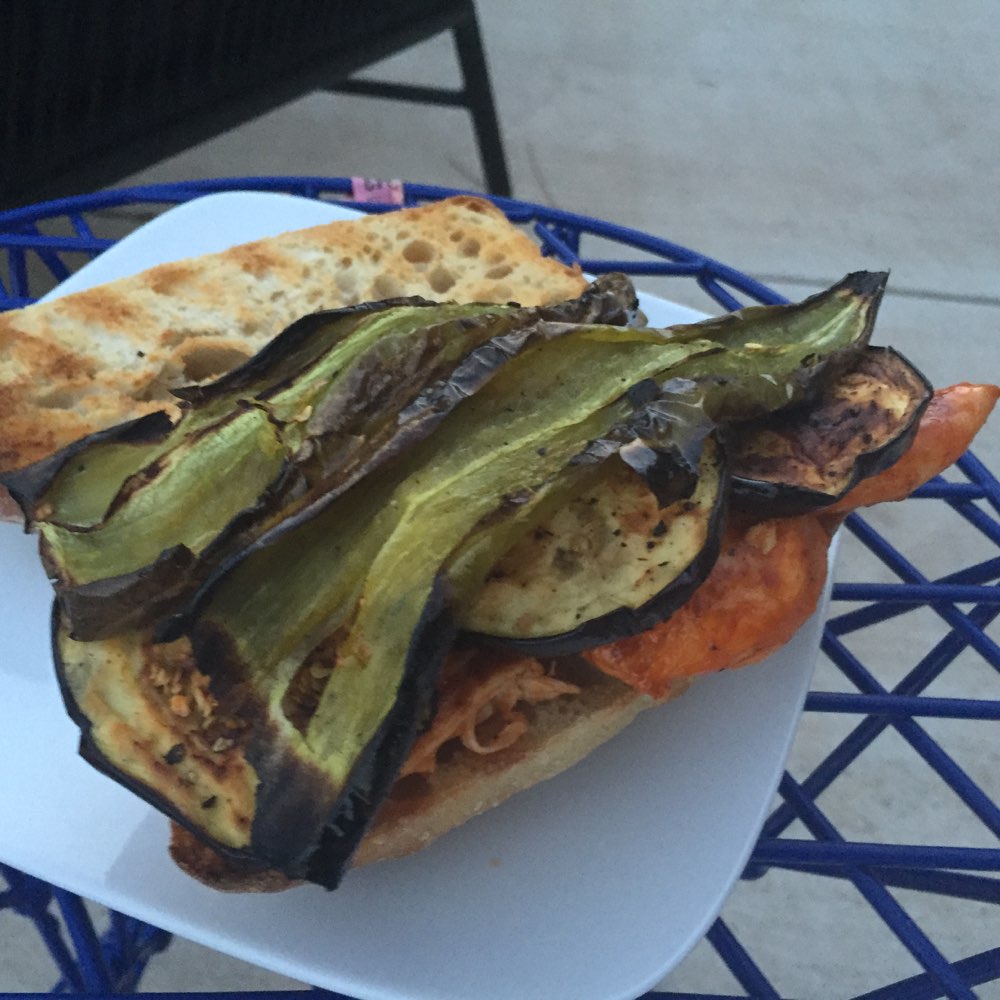 I had a friend over and we wanted to grill. We sometimes struggle to come up with different meal ideas but this sounded ok.

We made buffalo grilled chicken sandwiches. For the chicken, we marinated it for a while in Franks Red Hot. I then grilled the tenders as I normally would (and tried ot get a bit of a sear on them at the end). I then mixed some more Franks with some butter and tossed them at the end.

We also tried roasting some hatch green chiles. This was my first time trying to do anything with them. I know you usually roast them and peel them but I wanted to see if I could just cook them like I would a bell pepper. Unfortunately, the skin blistered and was also pretty tough. I had already cut them but it was kind of hard to peel them (but I did my best).

Finally, we also had some grilled eggplant because we like it and do it all the time. 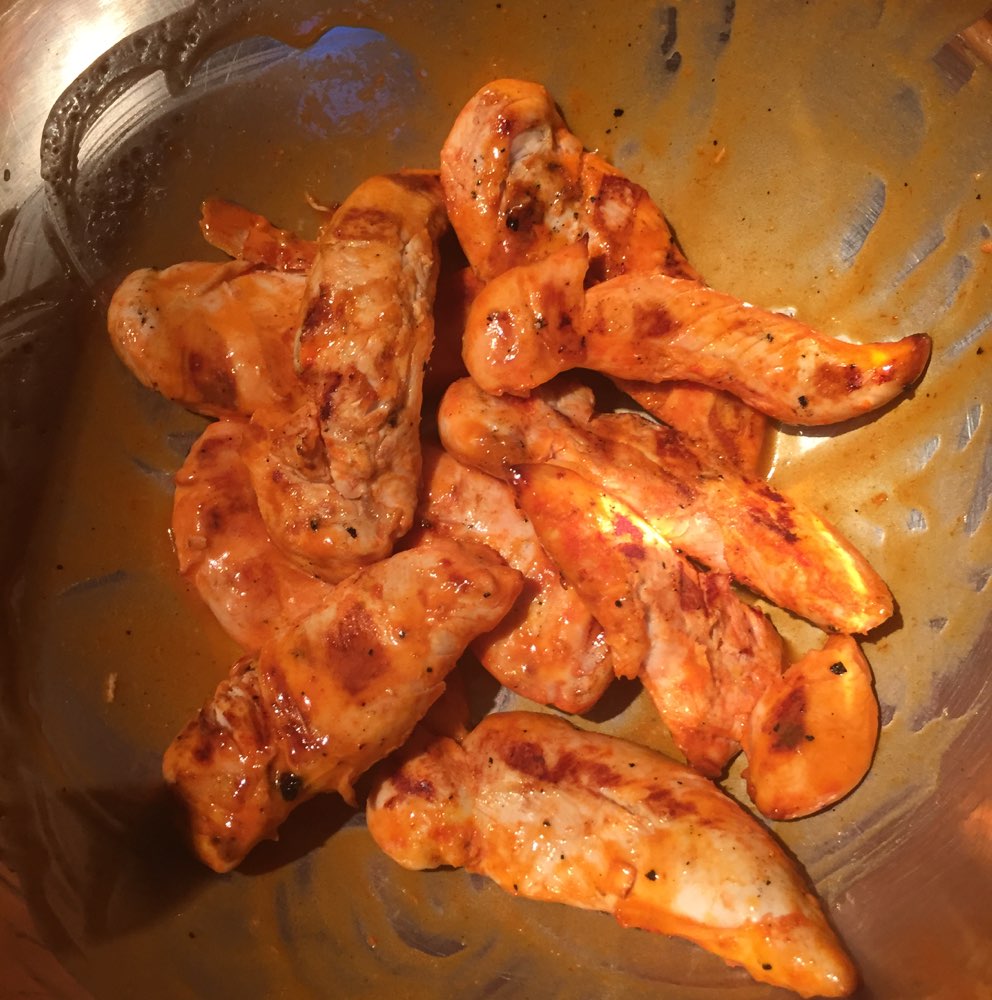 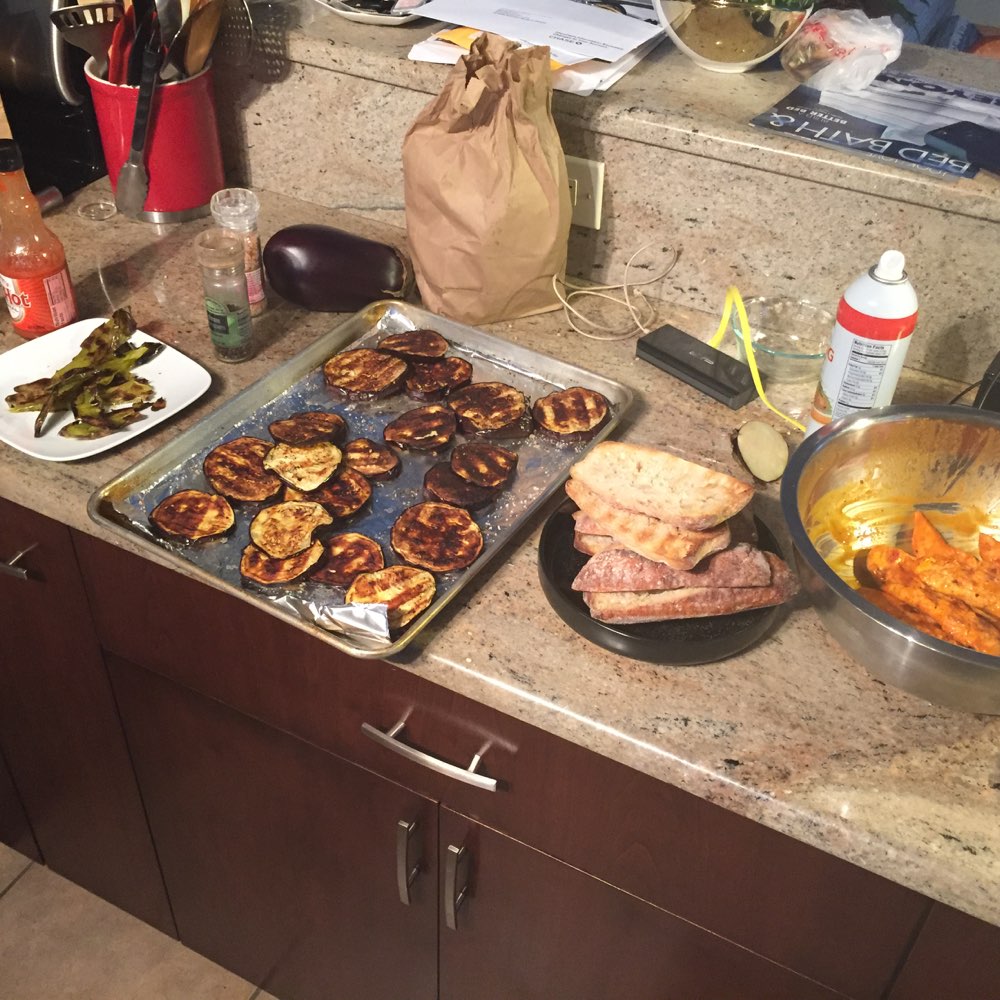