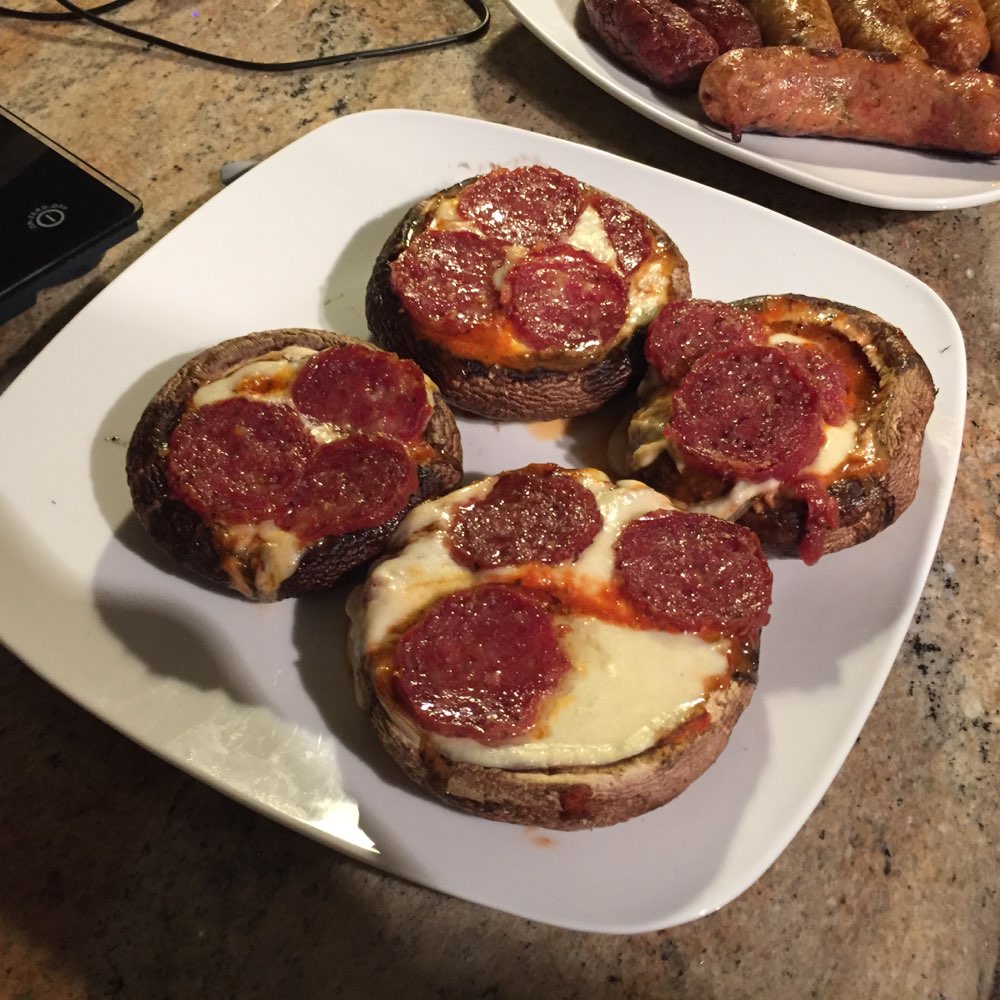 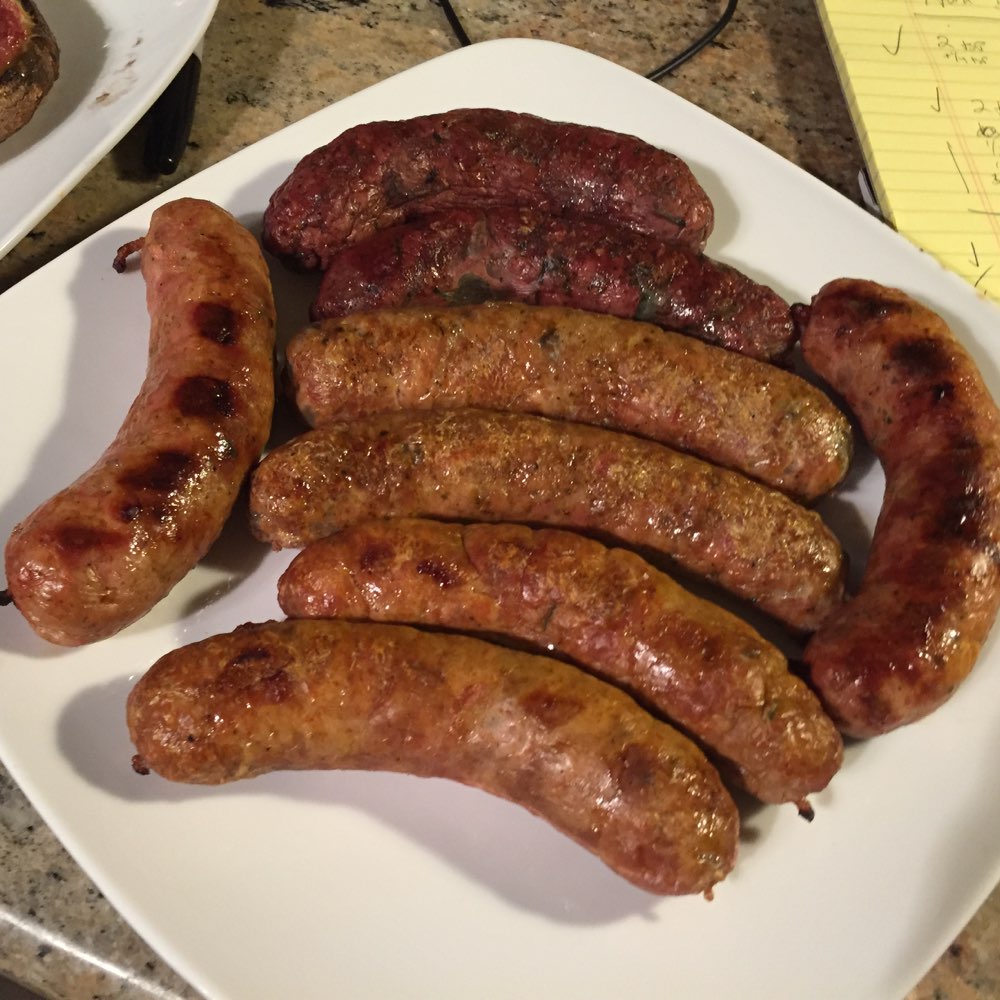 We went for a meat-heavy (ish) meal when we had friends over. We decided to again go with a mix of sausage. We had (down the center, then the two sides) from Whole Foods.

I also made pizza-stuffed mushrooms. It was pretty straight-forward. We used a bit of Delallo Vodka Sauce, then some fresh mozzarella and then some Trader Joes soppressata. Really simple and not too much to it. They were also pretty good! 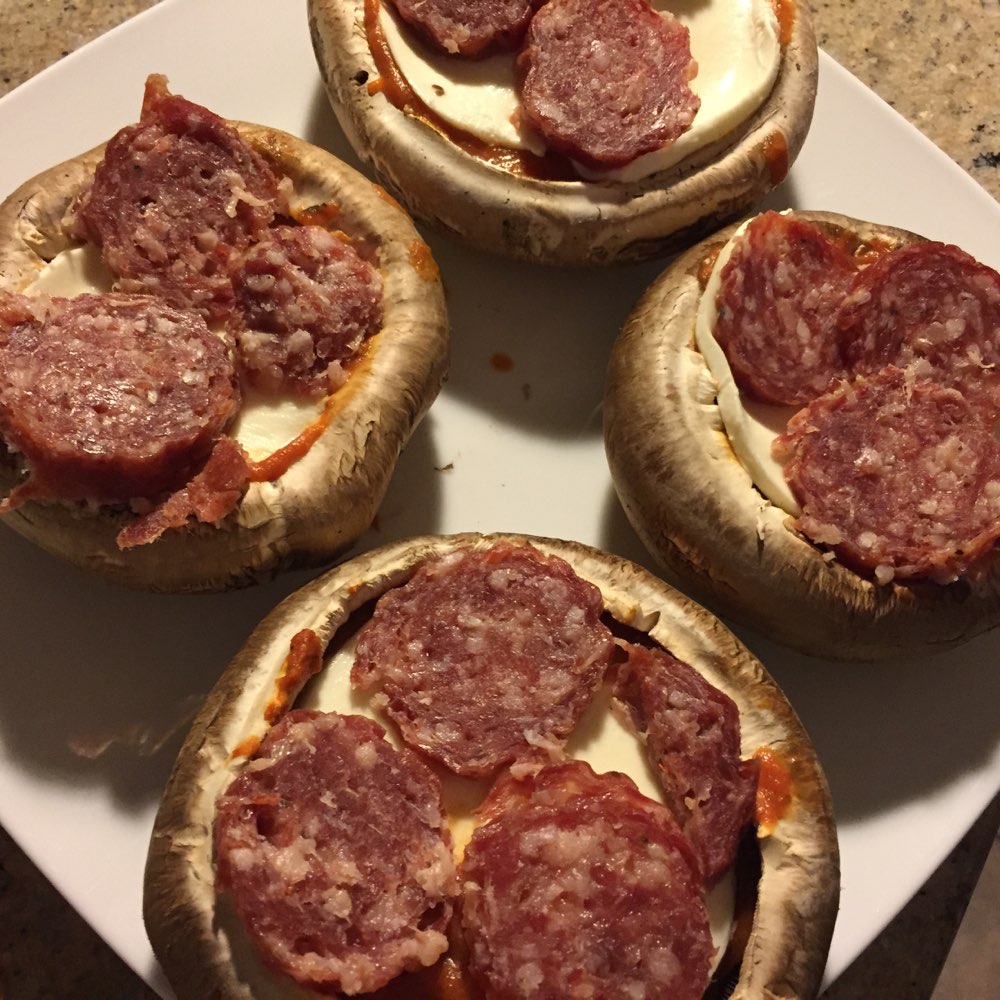 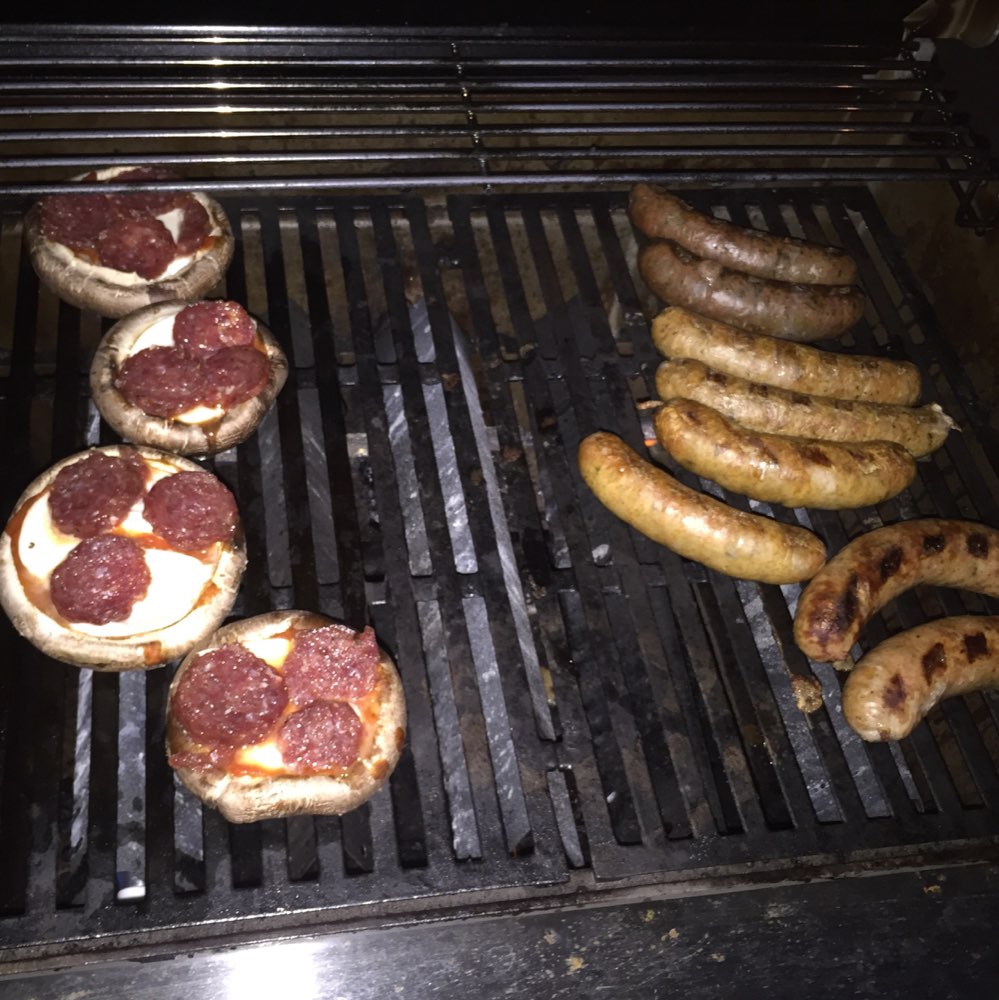