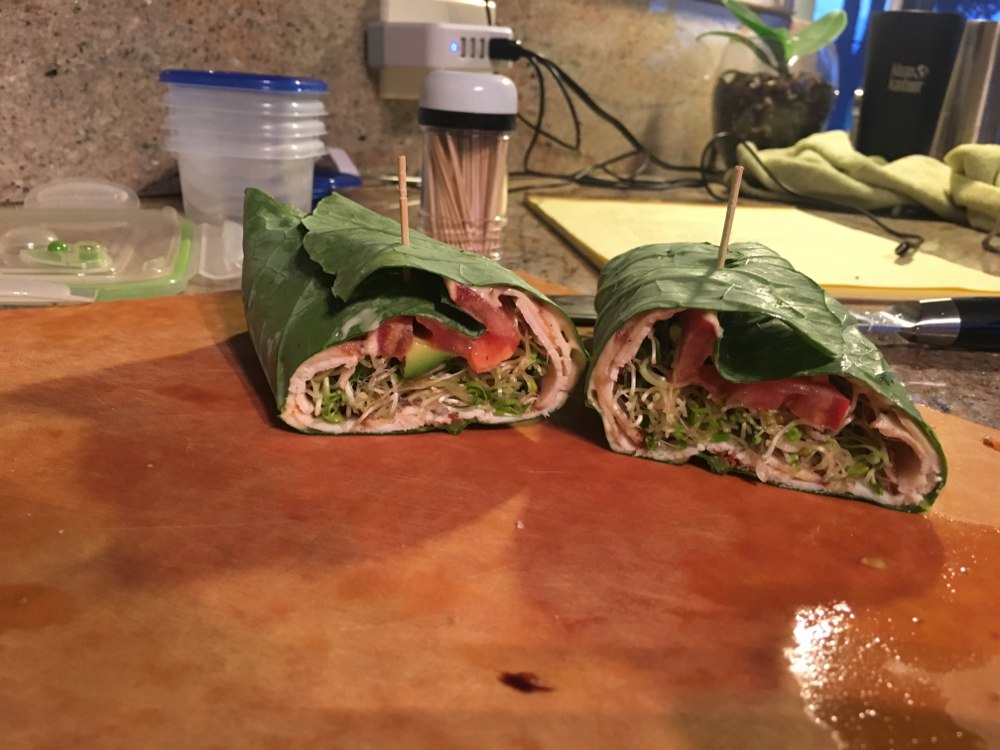 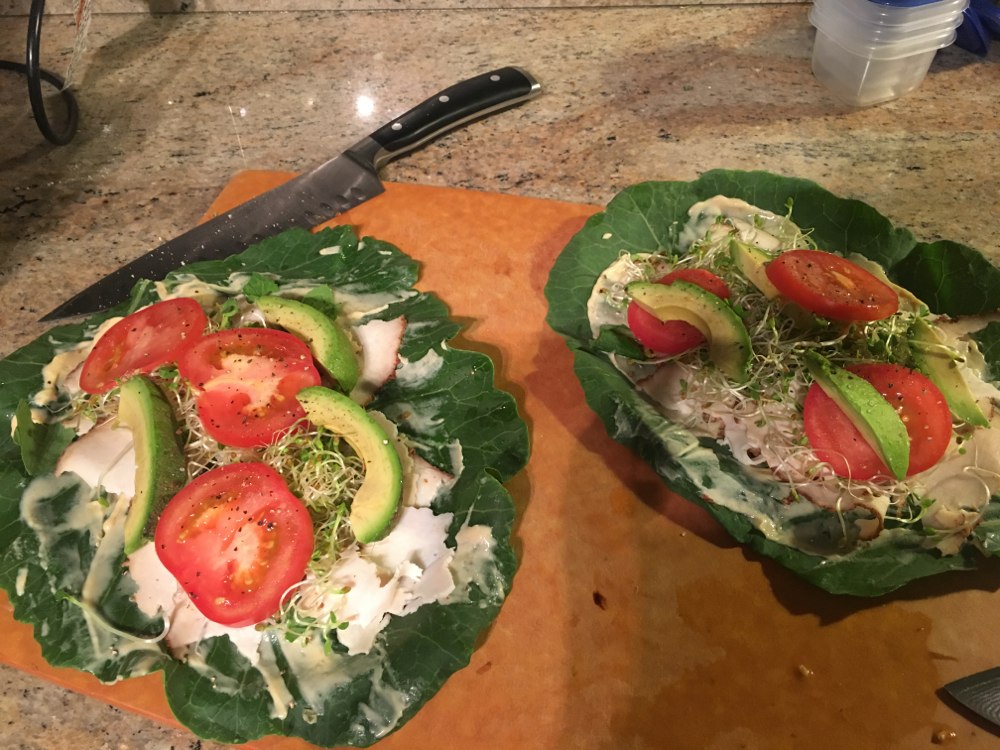 This is less about the actual wrap (though I describe it below) and more about the method. Meredith had originally heard of the idea from Inspiralized, though I also later read about it in The Kitchn (they may have gotten it from Inspiralized's instagram).

Essentially, you just use collard greens as a wrap. They are large and strong leaves that hold up well to being wrapped like a tortilla. I thought it worked out pretty well!

Anyway, this particular wrap was:

For other ideas are:

Anyway, this is a pretty cool idea and certainly something we will do again!