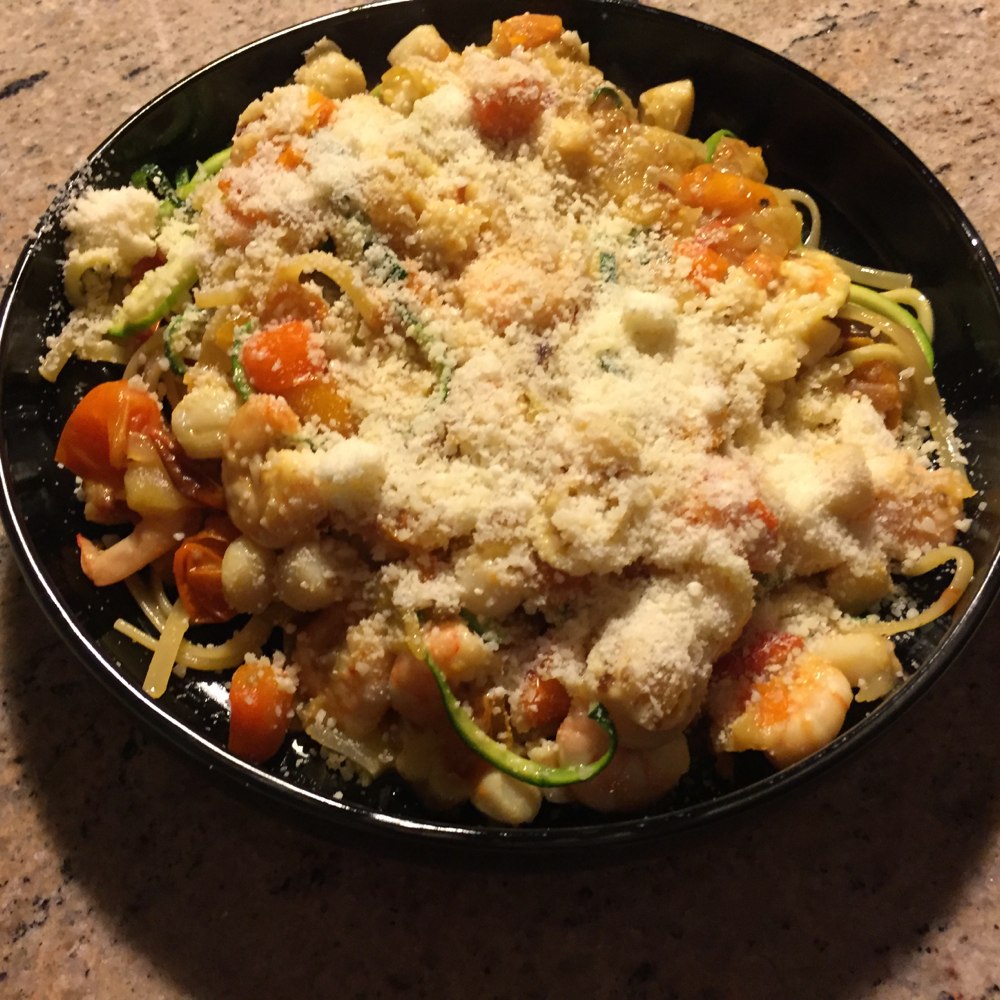 We made Frutti Di Mari (Fruit of the sea). As with just about every time before, we used the mixed seafood from Trader Joes.

Reading through some older posts (2010-09-23, 2010-11-01, 2011-05-09), I knew to expect problems with liquid from the seafood. I followed what I mentioned in the later of those posts and partially steamed them first. Just enough to get them fully defrosted and having shed all of the liquid.

For the rest, I started off by sautéing a finely diced onion in olive oil. I let that go for a while and then added a ton of heirloom grape tomatoes (They were really old and somewhat shriveled but they worked fine). All the while, I was adding salt, pepper, some garlic powder, and some crushed red pepper.

I put the garlic in and then the seafood to finish cooking. Followed by a huge handful of zucchini noodles and some lightly cooked al-dente pasta1. With the pasta, I had also reserved some liquid and added a splash of that.

I let it finish cooking down just enough to evaporate the liquid and thicken it. I topped mine with parm cheese though Meredith skipped it.

I think this was probably the better Frutti Di Mari we've had! I liked all of the flavors and the simplicity. I also liked the mix of real pasta and zucchini noodles. It helped bulk it up without being too many calories.