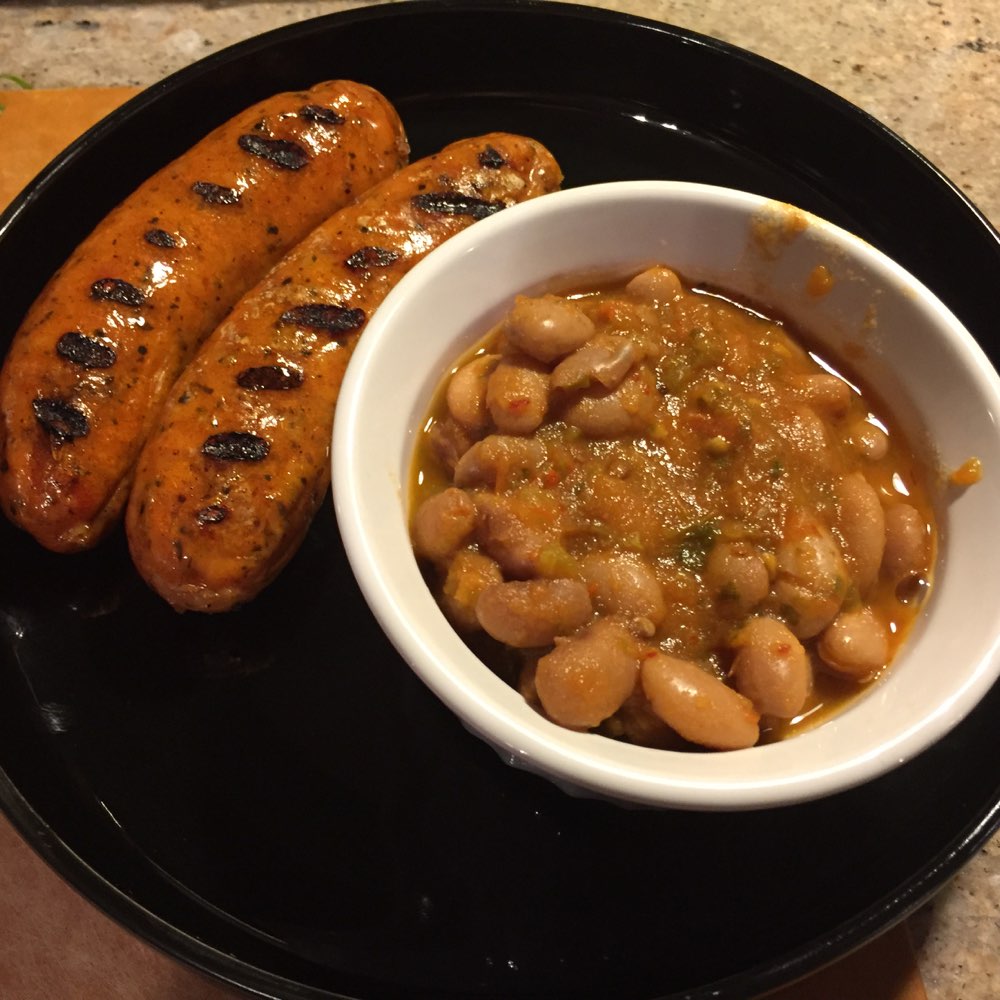 The main thing of this meal was the beans. Meredith made Frijoles a la Charra using the Homesick Texan Recipe. The only changes were that we did the bean in the pressure cooker, skipped the bacon both batches (to make them vegetarian), and used fresh tomatoes.

For the pressure cooker, we followed the same guide. We did 2 minutes at high pressure with natural release. This sounds super fast, but the time doesn't start until it starts to escape steam (long time on the heat) and then with a natural release, you go until the pressure if fully back to atmospheric. So it takes a while. But it did work well.

The beans were awesome. Nicely cooked and flavorful