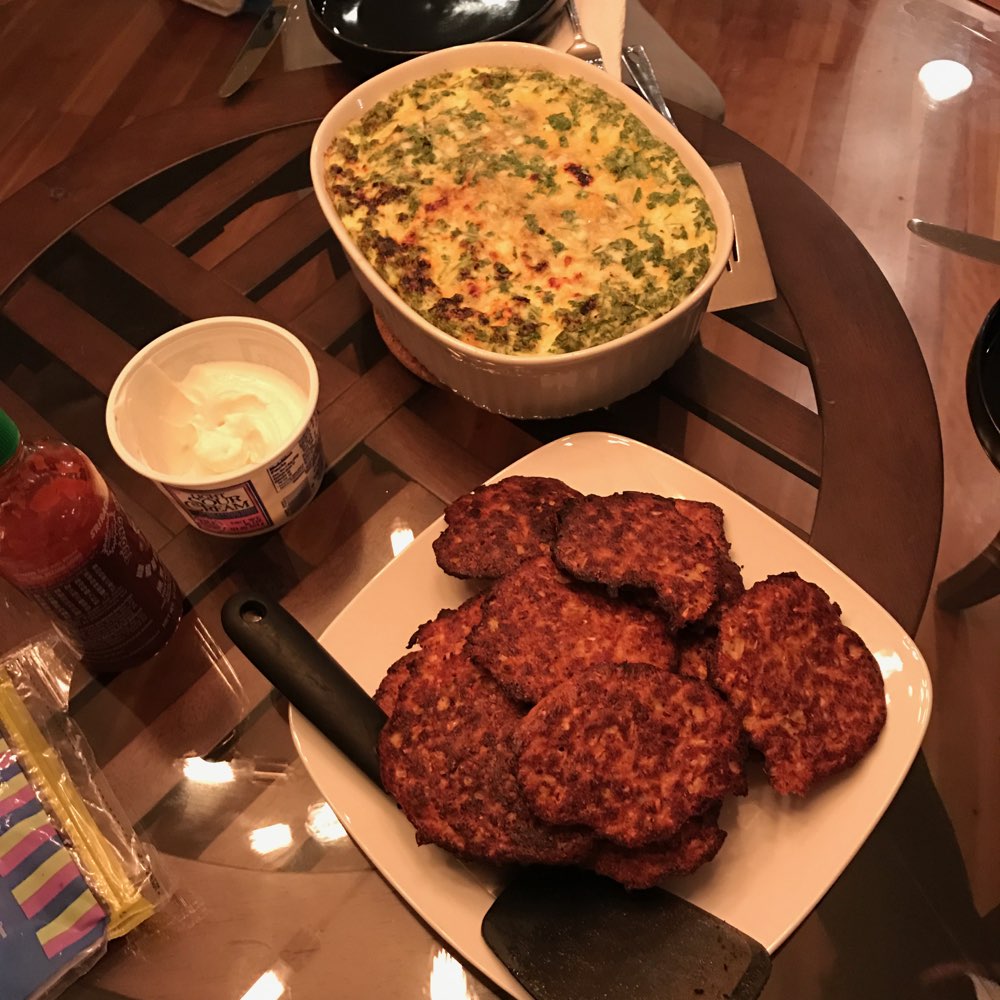 Meredith and I made Breakfast for Dinner for us and her parents. The main event was the Green Chile Breakfast Casserole using the same recipe from last time. I think we followed it pretty closely except Meredith also added some mushrooms since we still had some left. It actually made a ton, filling both the casserole dish (pictured below) and also another small dish. It was also pretty good. A bit spicy from the chiles and needed a little bit of salt, but I enjoyed it!

I also made cauliflower fritters. It was a bit different since I used some already-cut up cauliflower. I forgot that you do not "rice" it for this, so I really didn't need to use them, but it still made it a bit easier. I roughly doubled the recipe with a bit of extra egg on top of that to bring it all together. I used just about all of the seasonings I note on the page. Plus is sprinkled it with some smoked paprika. I made two trays. The bottom one cooked a lot more so next time, I need to be better about rotating sooner. 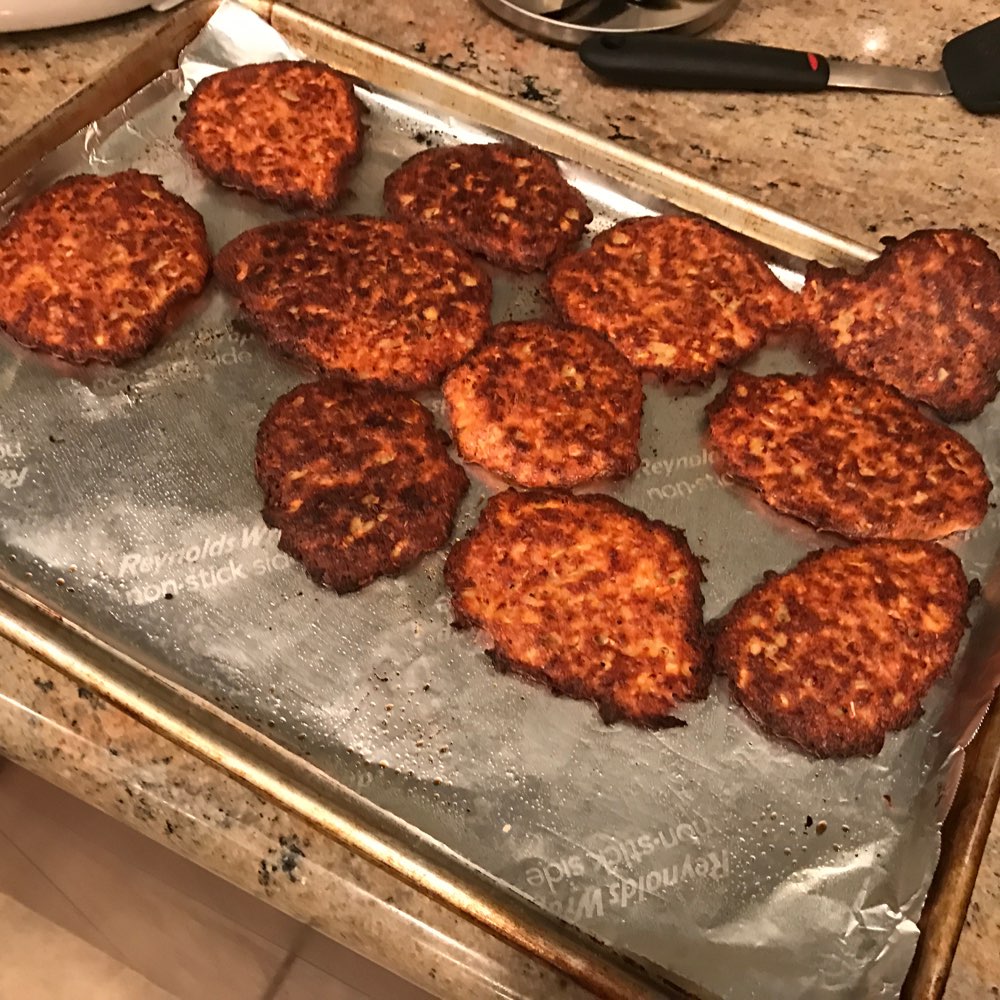 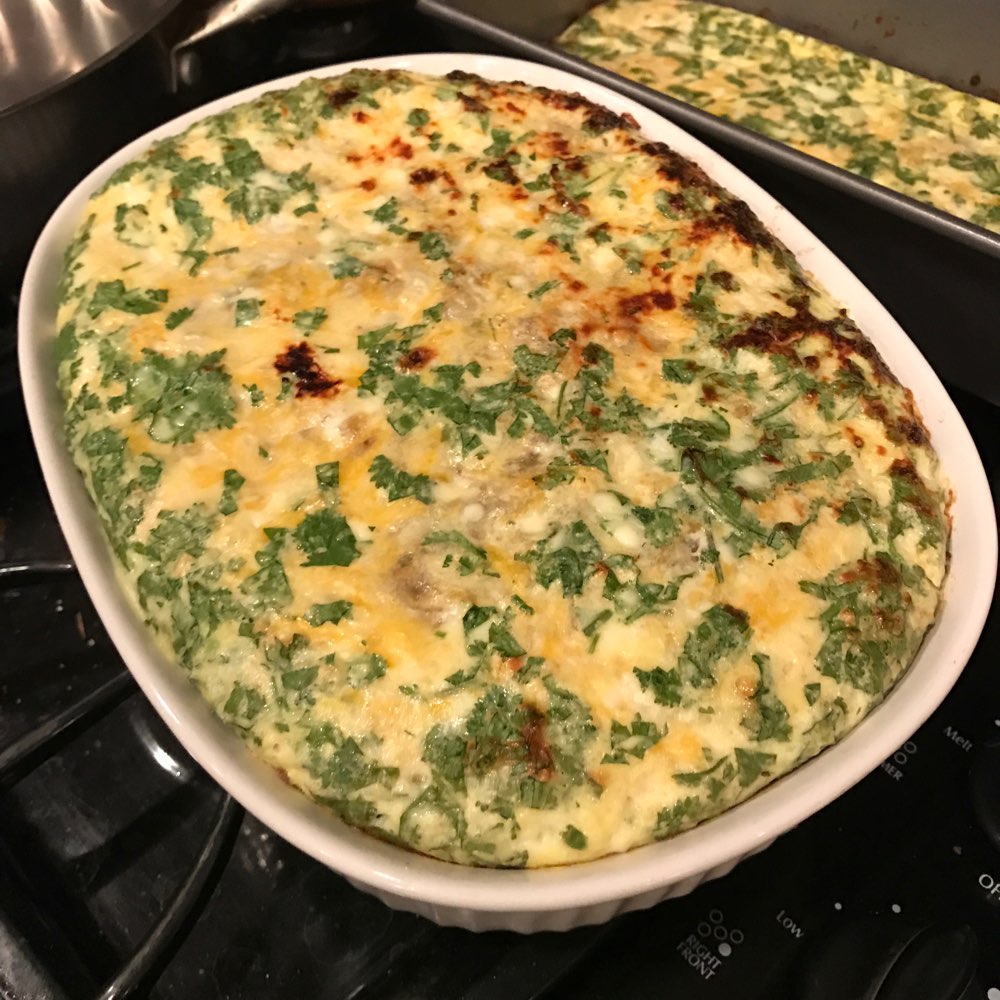