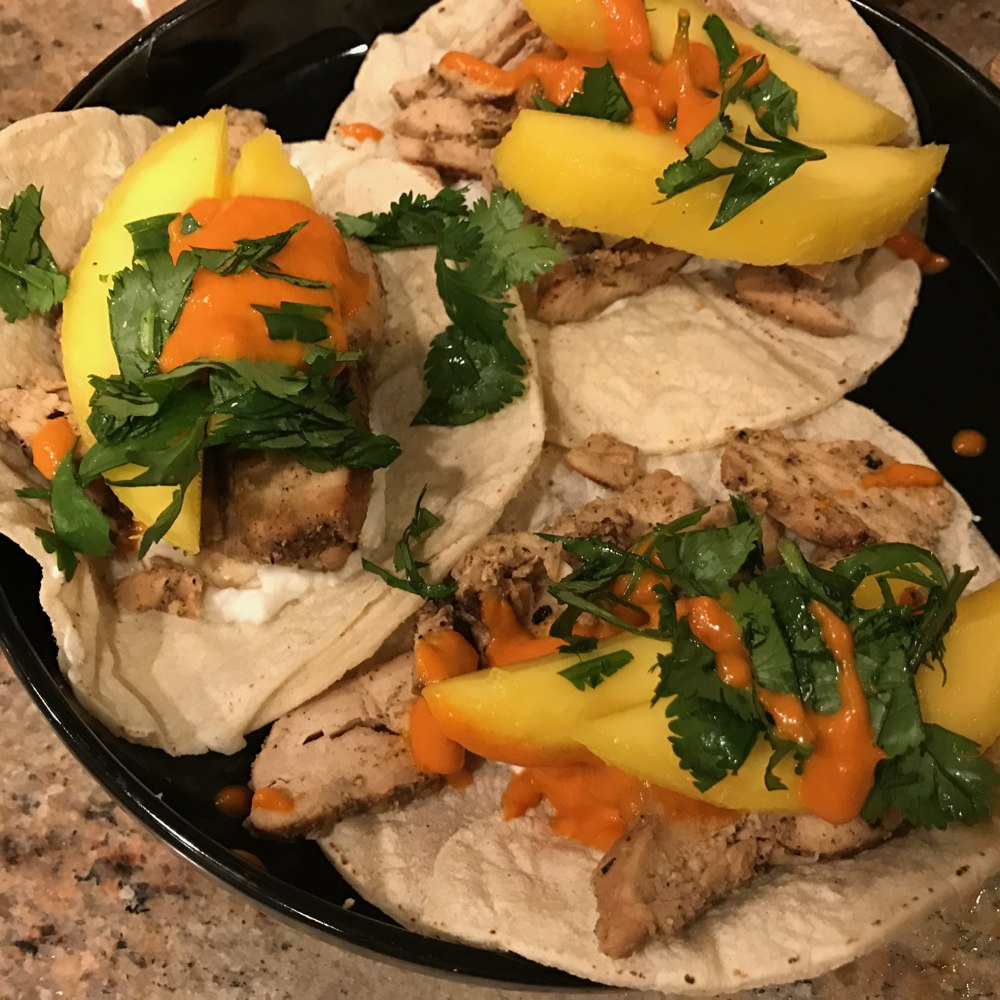 I made Jerk Chicken Tacos with the extra jerk chicken from 2016-07-31. We had made a ton of it then and froze a bunch. (I think we have one left). I reheated it from frozen by lightly steaming it to let the extra water pour off. I then drained it and cooked it right over the heat with a bit of water. Not surprisingly, they were a bit chewy. But stil very good!

I also made some stir-fried eggplant. It was the asian style. I cut it into longish pieces and stir fried them with a bit of salt until they were soft. I then added a little bit of Soy Veh. Just enough to cook onto it and add flavor. I liked it a lot, though Meredith thought it was a tad salty. 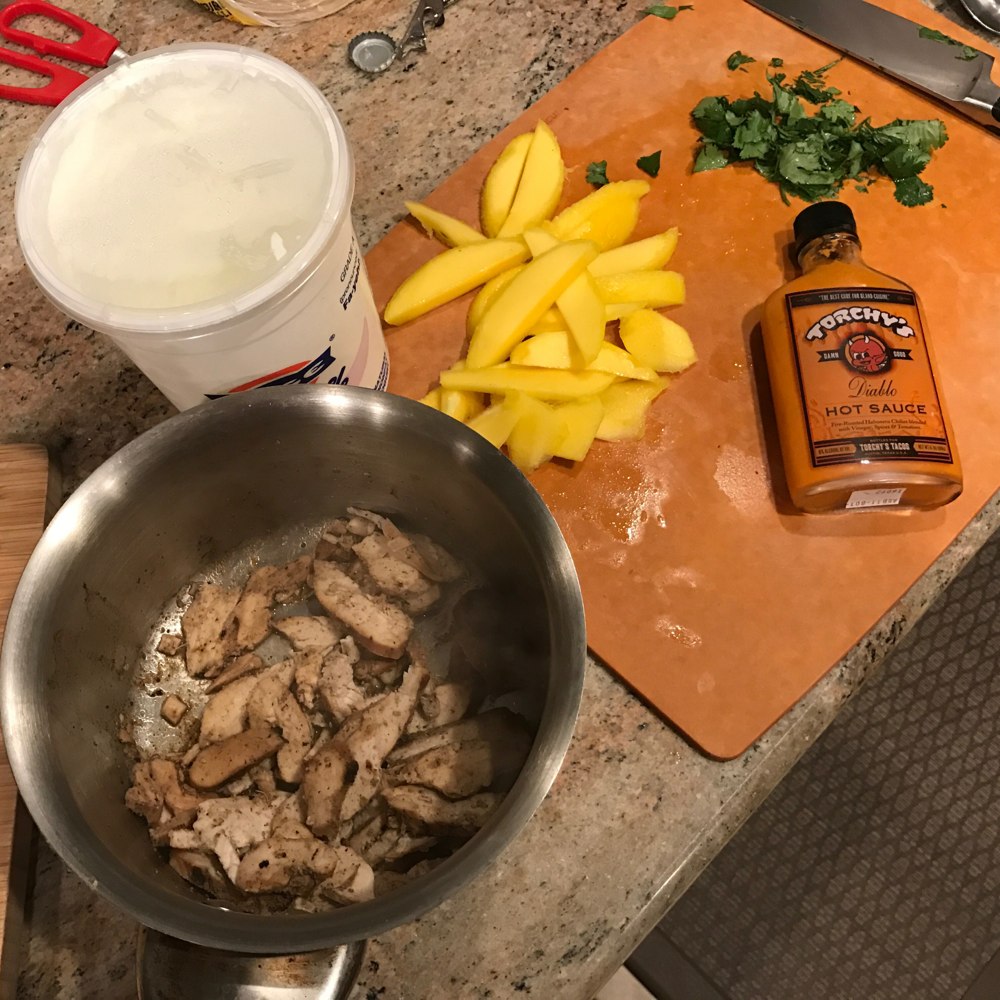 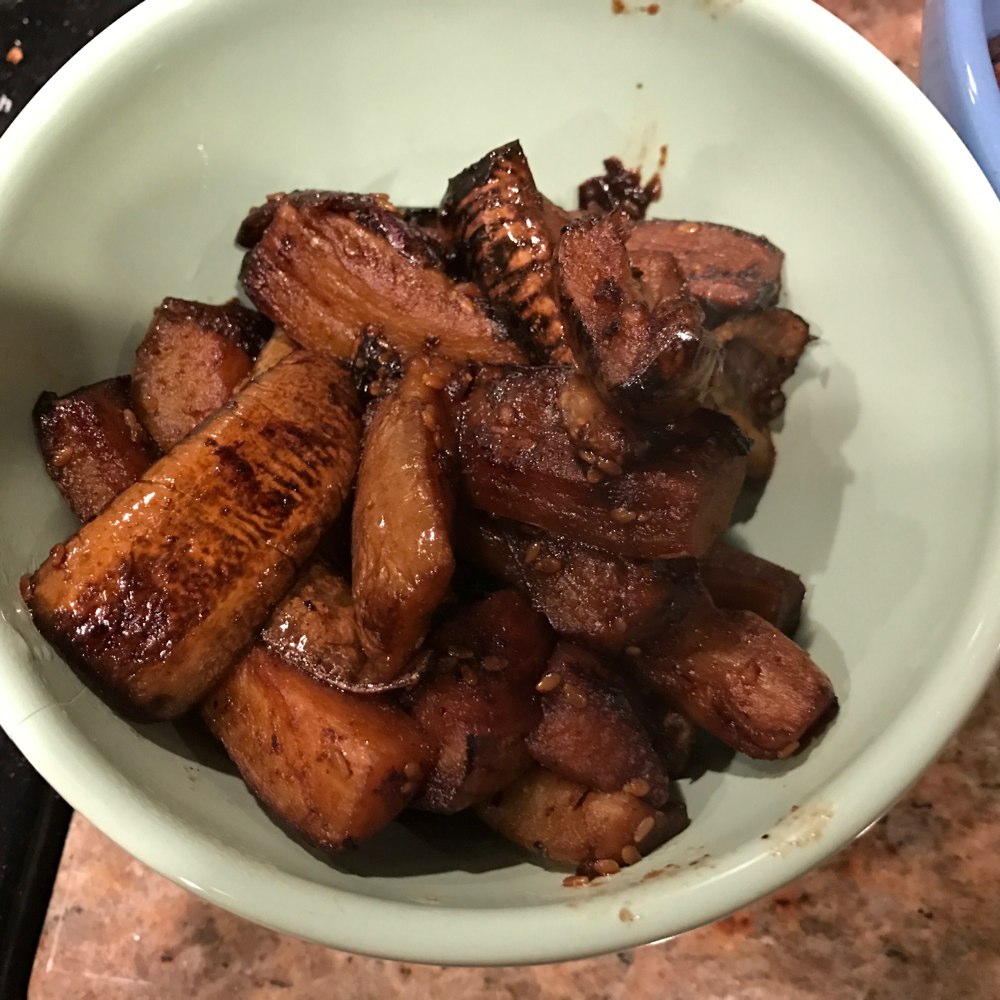