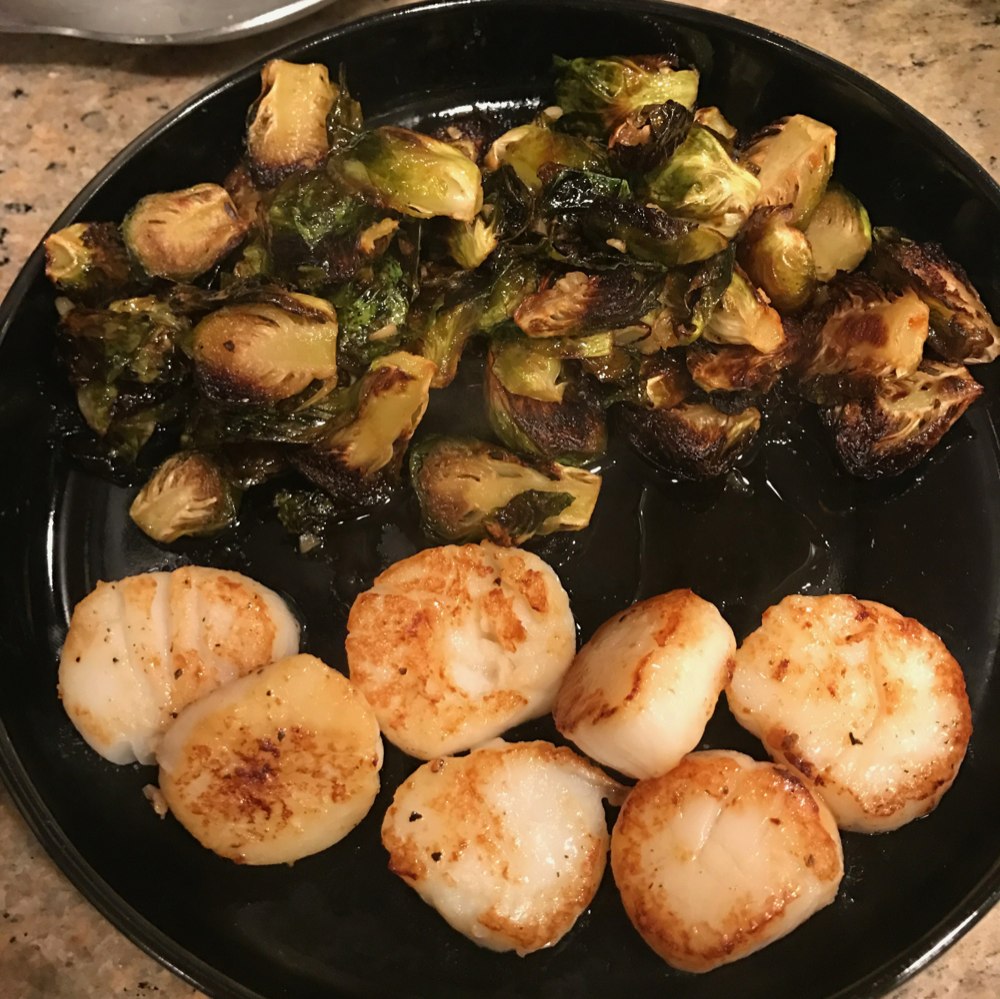 I've had a lot of really good fried brussel sprouts with different seasons at some restaurants. They always had a bit of a SE Asian flavor, I figured we could get close by roasting them and then using some seasonings. I roasted them at 450, face down, on pre-heated pans.

I made the Vietnamese Wings Sauce, again not actually doing it on wings like last time I basically halved it with a little extra water. I did do the garlic water and stuff but I fried them with a lot less oil. I ground the sugar in the spice/coffee grinder which worked.

I cooked down the sauce (though not enough) and then put the roasted sprouts and tried to let it cook down some more. It kinda worked, though they got a bit water logged. I should have cooked down the sauce a bit more so it coated more and soaked less. Next time...maybe. We may try to find some other sauces too. Especially since Meredith doesn't like the smell of the fish sauce.

Meredith also made scallops. They were on sale so we got a good bit and seared them with some salt and pepper. I think we know why they were on sale. Only a few had a lot of flavor. It wasn't Meredith's cooking; it was just kind of bland scallops.