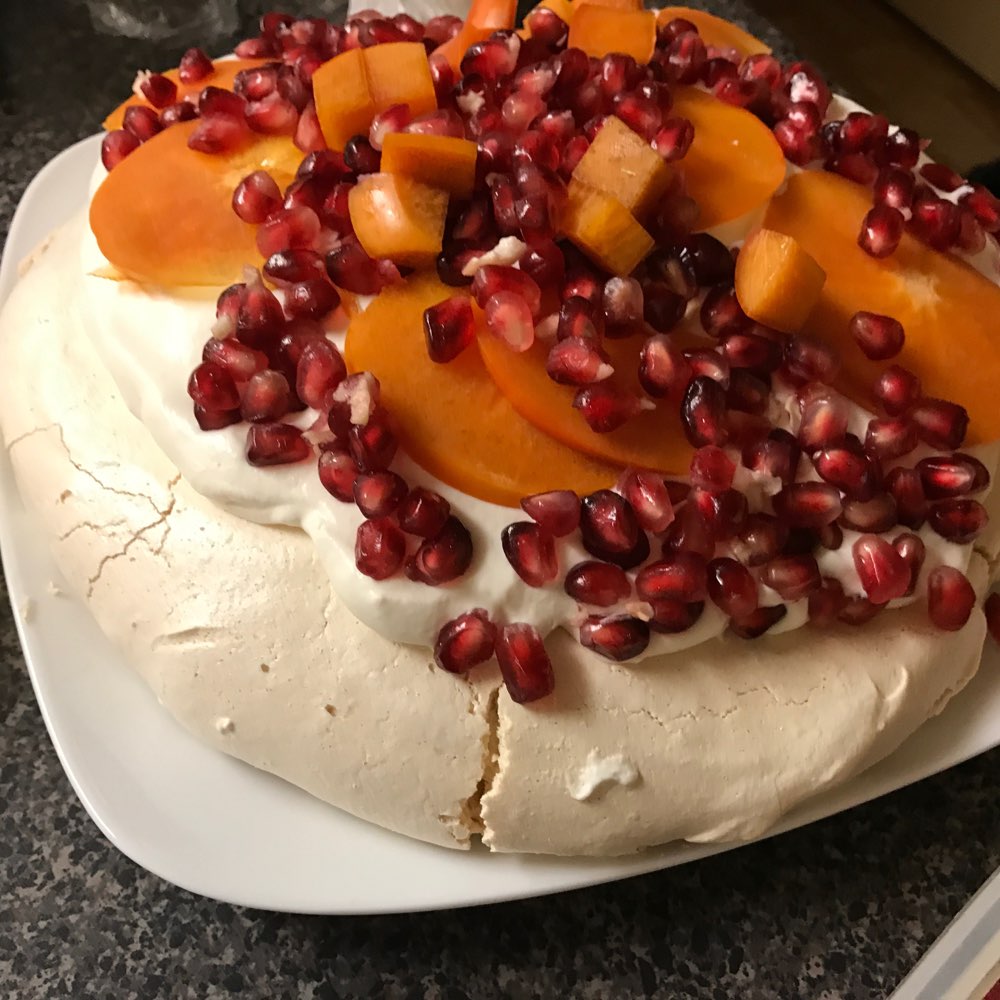 Meredith and I made Pavlova like we've done once before. We followed the recipe basically to the letter on both the meringue (which we made in the morning) and the whipped cream. I did end up going an extra 10 minutes in the oven since it didn't look done.

We topped it with pomegranate and some sliced persimmon, sliced to try and show the star-pattern inside.

I thought it worked pretty well. To quote Meredith, it isn't an indulgent dessert, but it is pretty good. And, pretty healthy as far as desserts go! It was also surprisingly easy, other than having to wait around for the 70+ minutes to cook.

You can kind of see from the picture that it really does get crispy on the outside but nicely gooey inside. 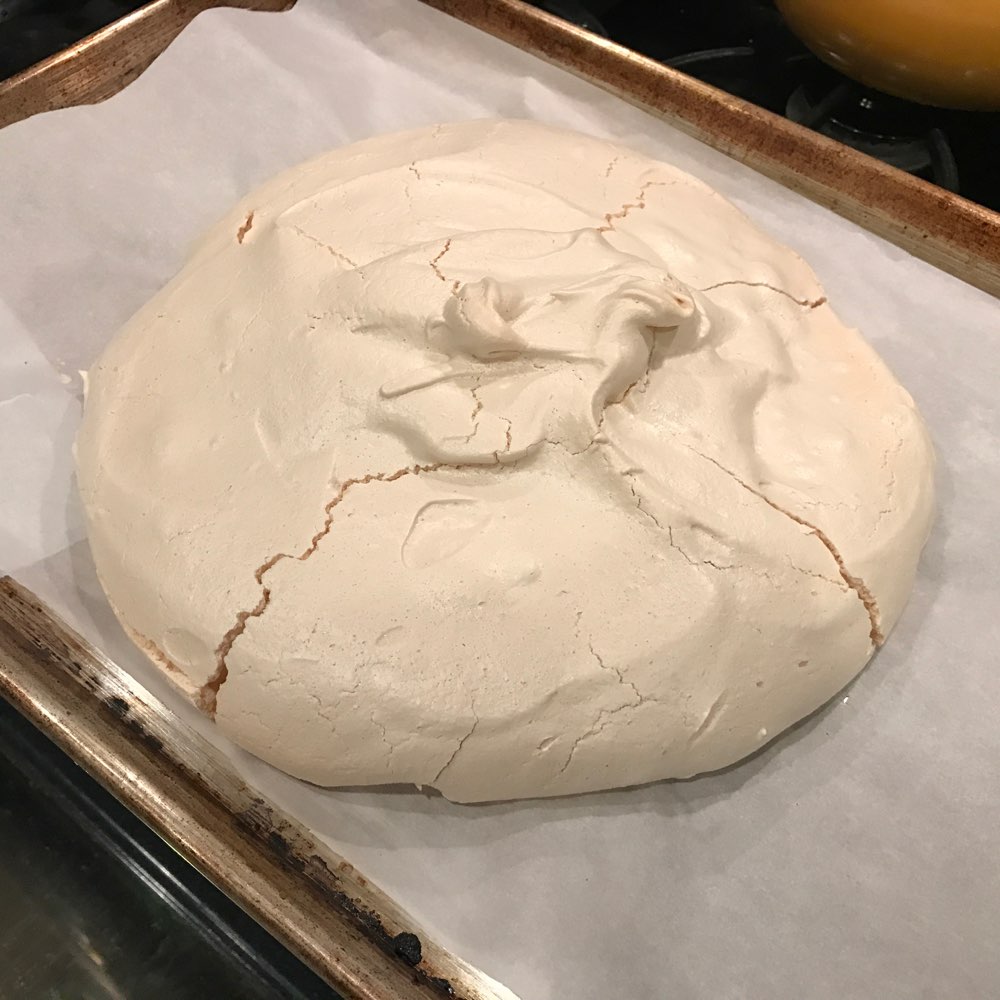 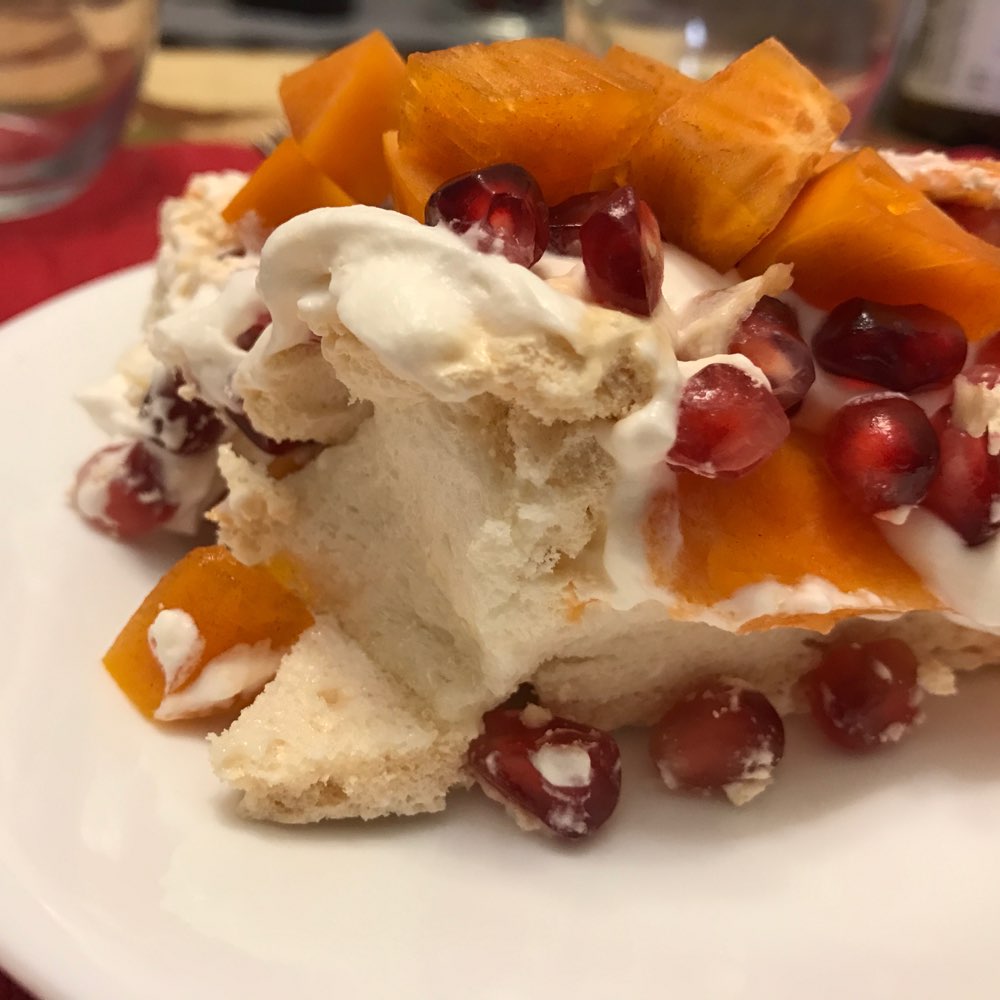