I made green chile enchilada lasagna similar to 2016-11-01 and 2016-10-12. I still think the latter was my favorite (with a mix of red and green) but this was certainly better than last time. I used a whole onion and then added a thing of frozen bell peppers and onions. They let out a lot of water which was kind of annoying. I did use that as an excuse to add some better than bouillon. I also used salt, pepper, garlic powder, and cumin (just for Meredith). Finally, I added a ton of 505 Green Chile (not sauce, just the peppers) and some lite cheese

I also steamed about 1-1/2 lbs of chicken tenders (with a bit of salt and pepper) for 8 minutes and then shredded them. I added it to the onion mixture.

I layered it as tortilla, chicken mix, more green chile, and some lite cheese. I did two of these. Another change was that I covered it so it didn't get as dried out. I baked it at 350°F for ~18 minutes. 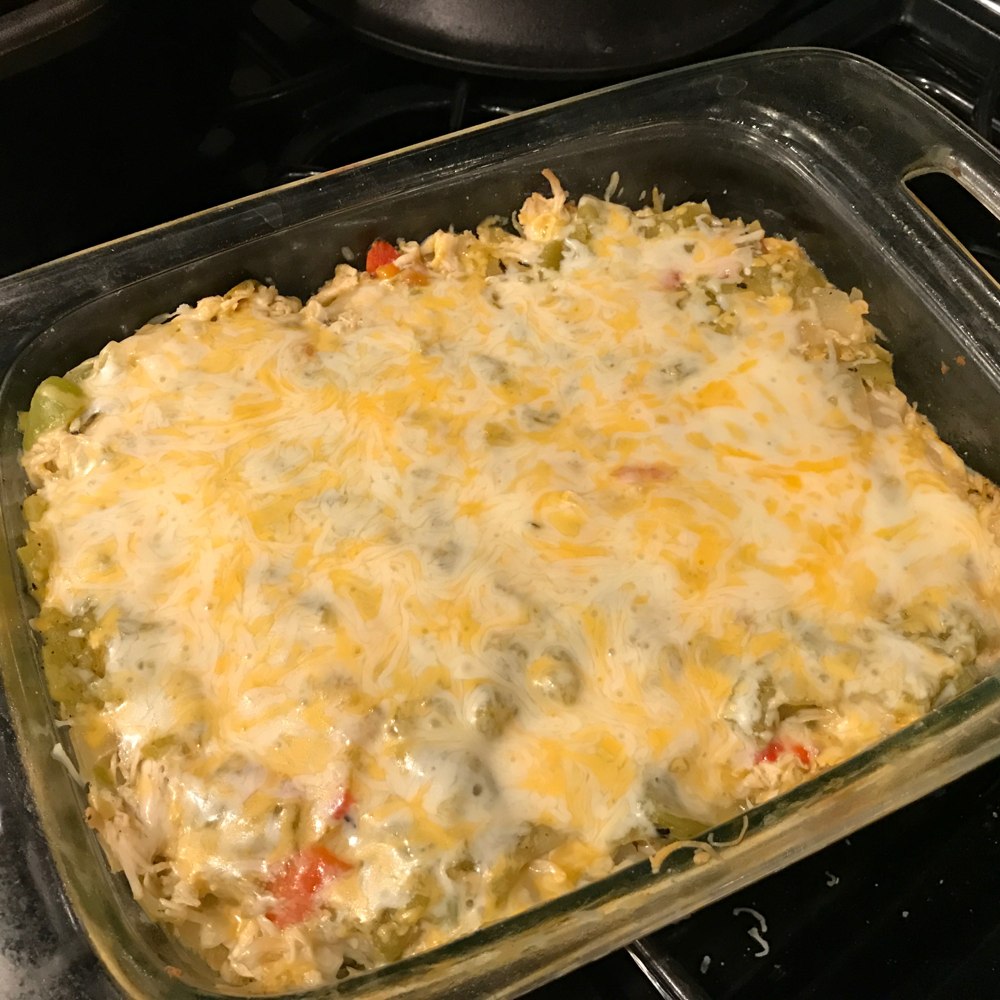