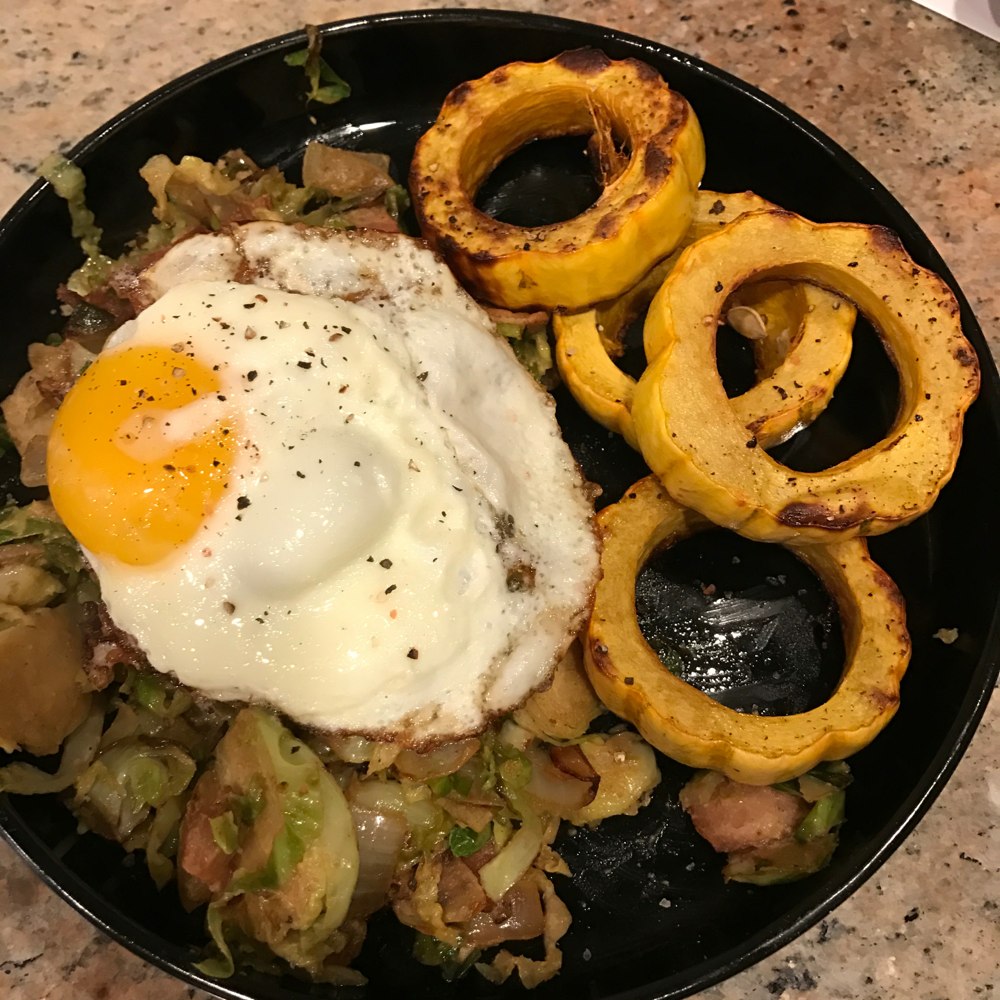 We made brussel sprout hash. Meredith made it last time but I made it this time so things were a bit different.

I started by cutting and rendering out about 1/2 a pack of center-cut bacon (6 slices or so). I let it render, took out the bacon and poured it out. I also drained the bacon on a paper towel a bit.

I sautéed up half an onion until it was browning and then I added the brussel sprouts (with a tiny bit of the bacon fat back in). As it was cooking, I added a bunch of dijon mustard. I kind of kept going bit by bit with the mustard and also added salt as I went. When I could, I would deglaze it with white wine.

I wish I kept better track of how much mustard I used because it was really good, but oh well. I certainly went heavy on it since Meredith said she missed the flavor of it last time despite using it.

Like I said, it came out really well. I would make it again. It was also pretty easy.

I also roasted delicata squash. It was a bit old and you could tell, but I still liked it.