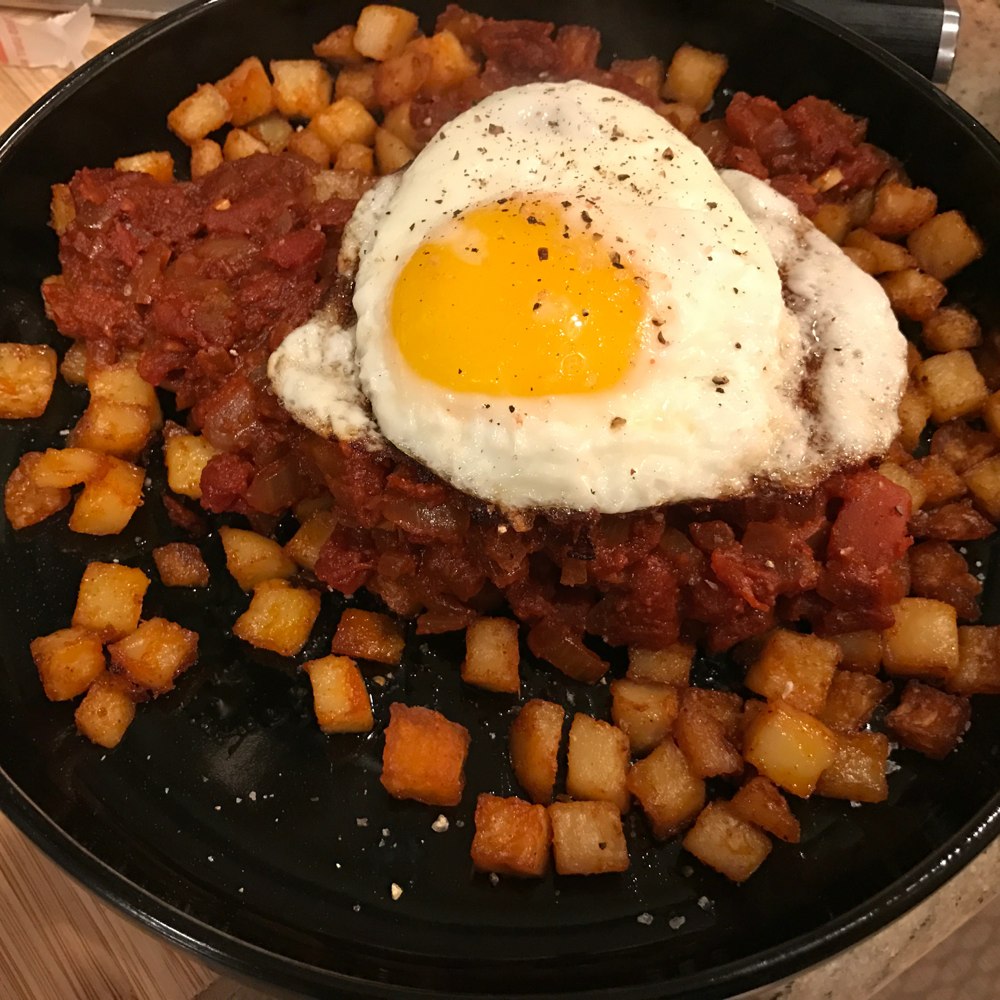 We made our regular Patatas Bravas. Meredith made the sauce, though it came out really spicy.

The new thing was trying to use canned potatoes. It was had to find the diced ones but we eventually found them. We really liked them on 2016-12-03 so we decided to try diced. I drained, rinsed, and dried them (with the salad spinner), then tossed them with oil. I used some smoked paprika and a tiny bit of salt (though they are really salty already so I went light). I was worried they wouldn't come out very good since they all stuck on the tray, but I think they worked fine. They had a similar texture to the full-sized ones. Sure enough, they had a nice crunch with some creamy interior.

Once the sauce was done (Meredith followed the recipe but it was super spicy) we topped it and then put on a fried egg. 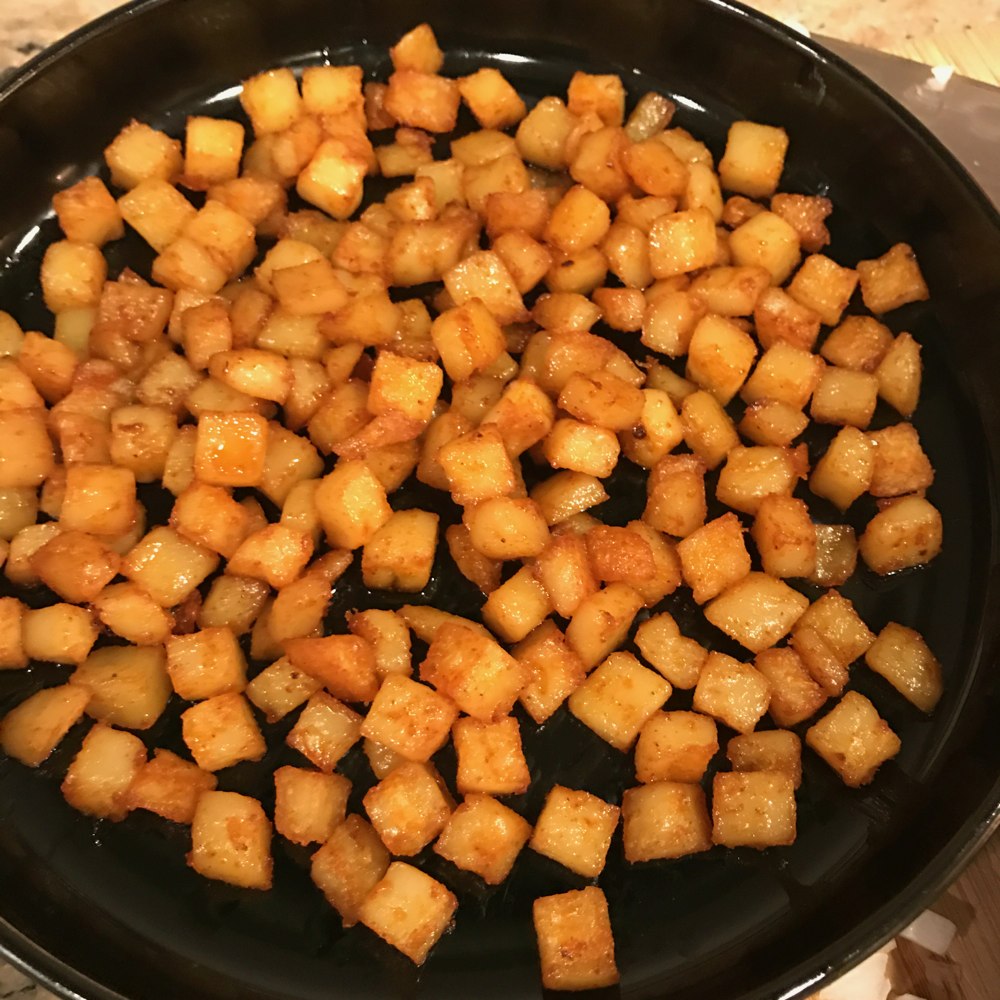