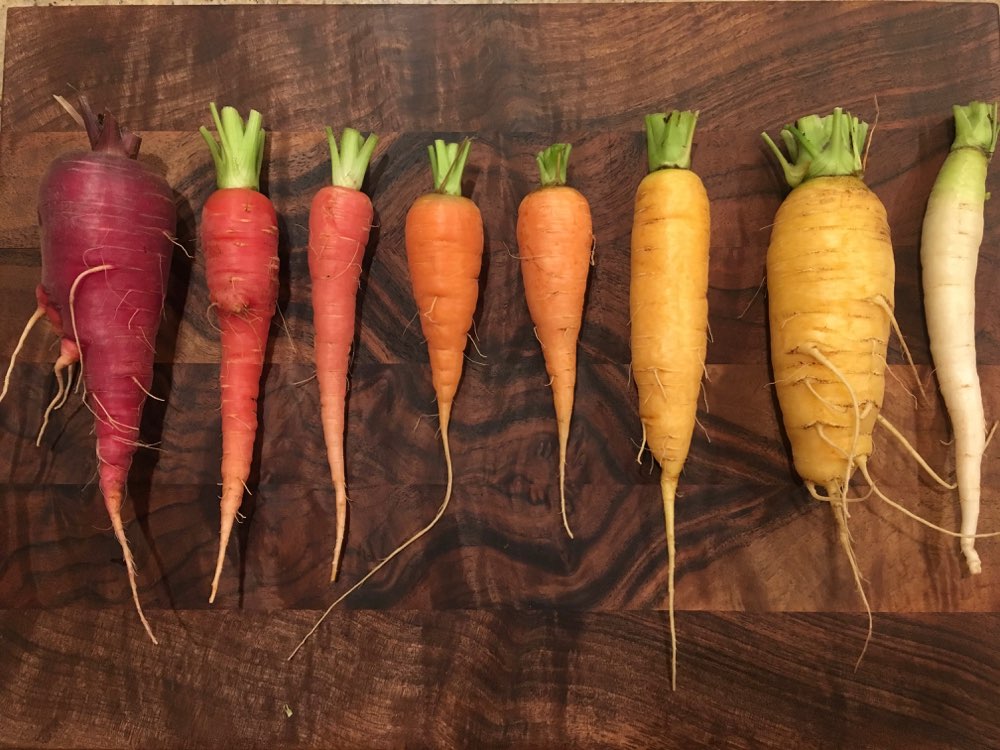 (see the food picture below)

Meredith and I made carrot soup from our home-grown carrots! We had a ton of them as you can see in the photos. Our original plan was to not roast them but we changed our minds since they were a bit bitter. We chopped them up and roasted them at 400°F (+ convection) for 45 minutes or so. We then boiled them with an onion, Better Than Boullion, and some salt.

After blending them all, we thought it was lacking in flavor still. We added:

At first, Meredith thought we went too heavy on the apple cider vinegar (though I liked it still) but after it sat for two days, the flavors really mellowed.

We served it with some toast and leftover Armadillo Eggs and topped it with Sriracha and Diablo sauce. I wouldn't say it was the best carrot soup ever, but it was still really good. It really tasted like carrots! And we grew them! 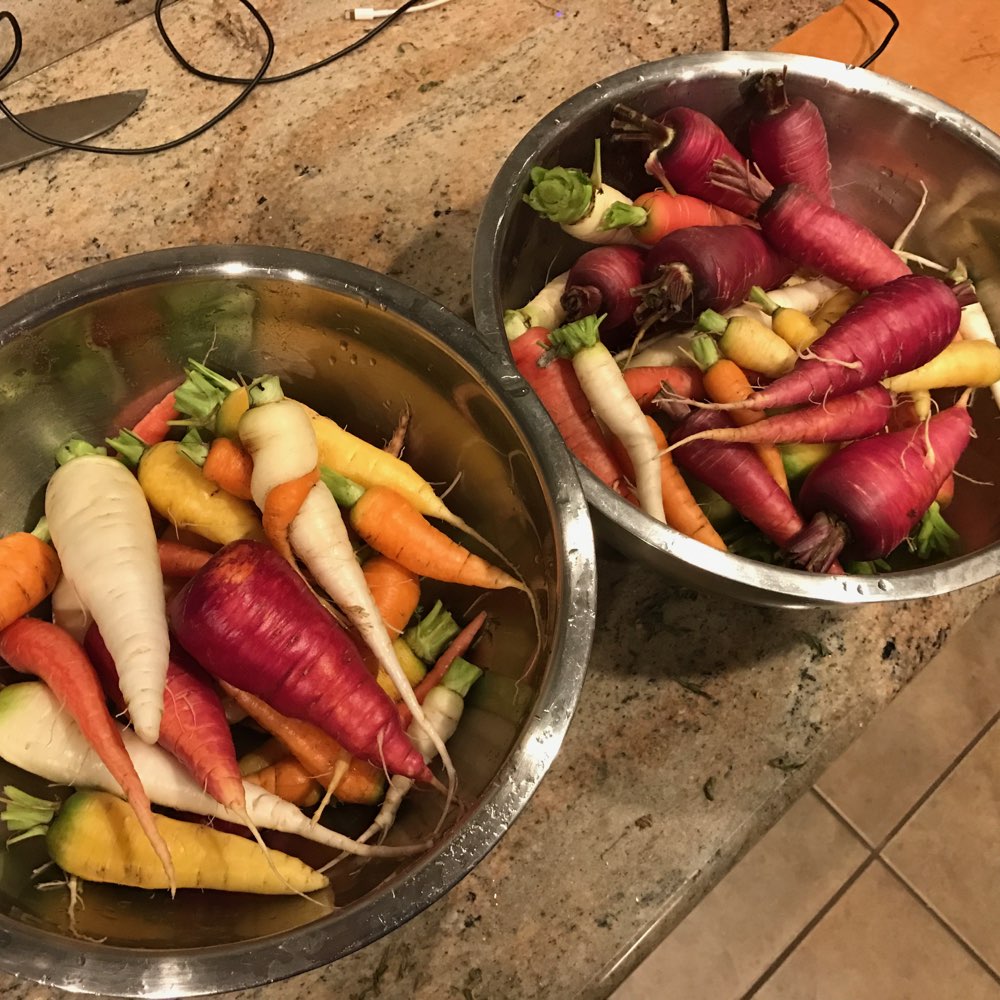 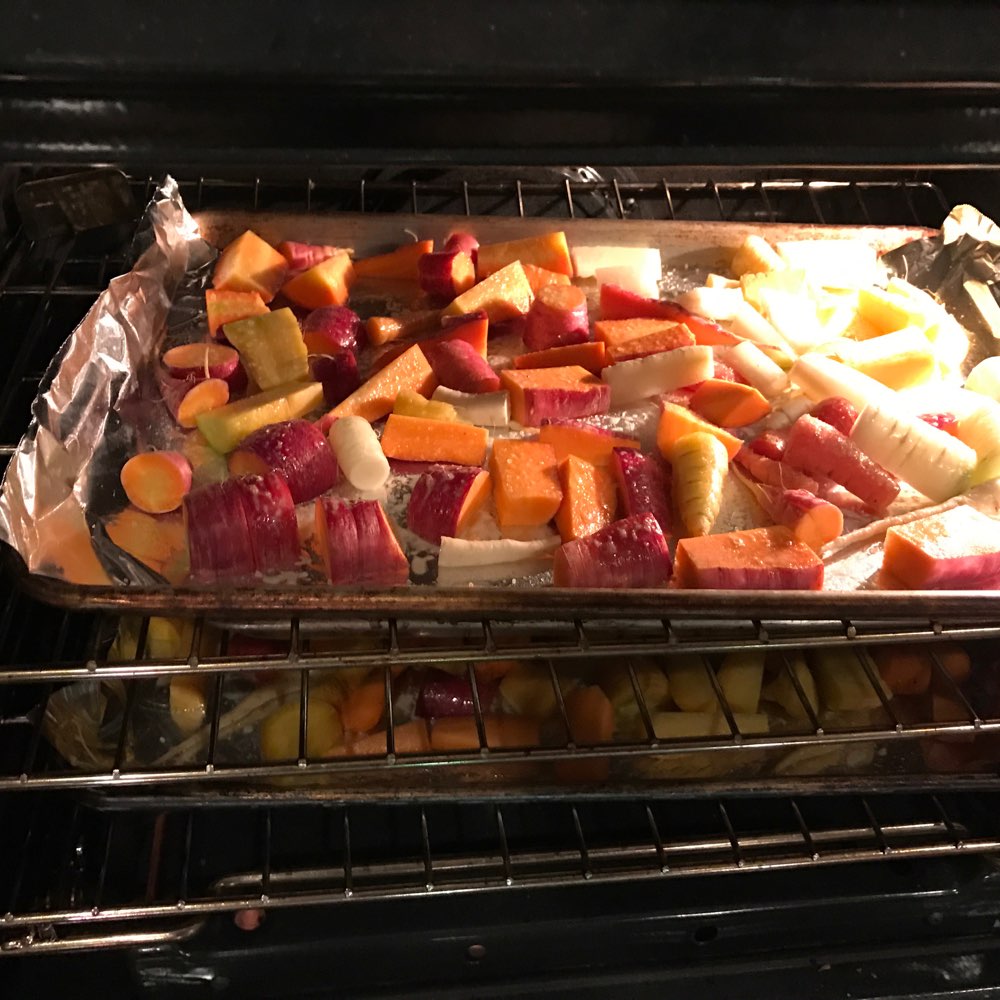 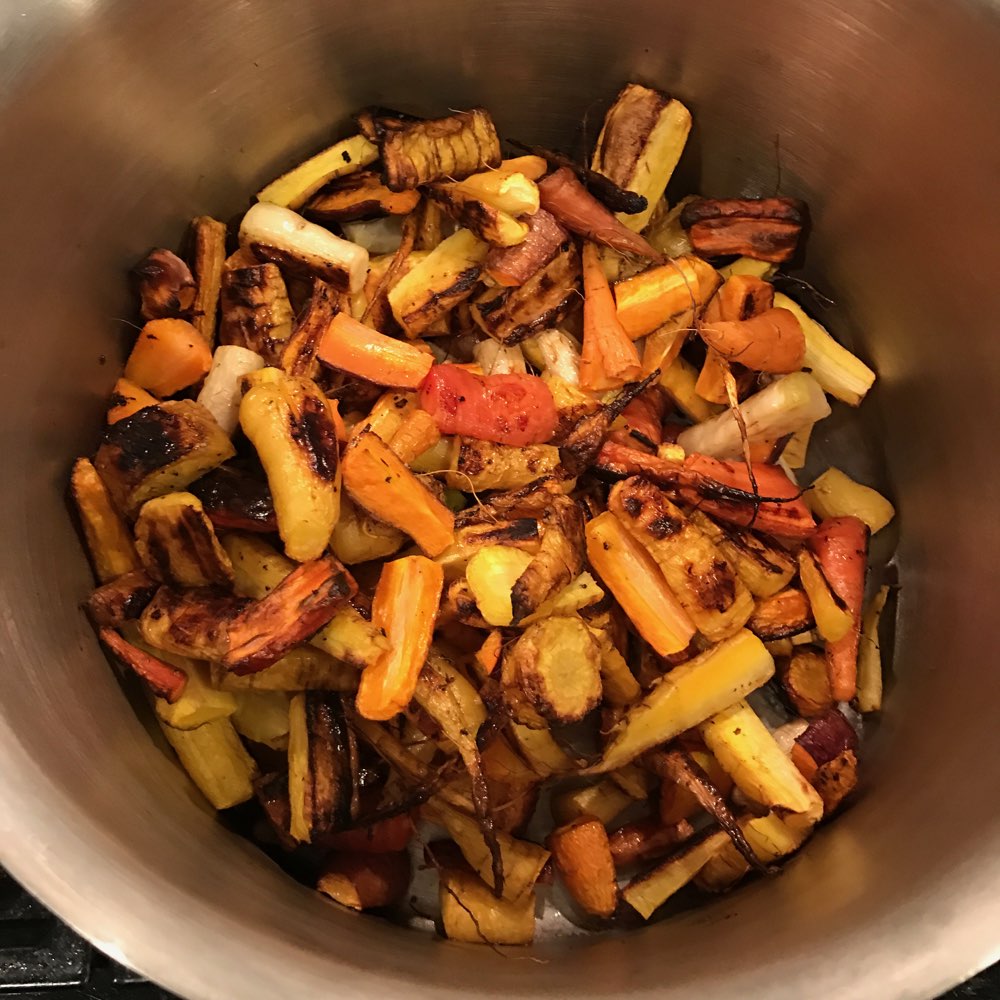 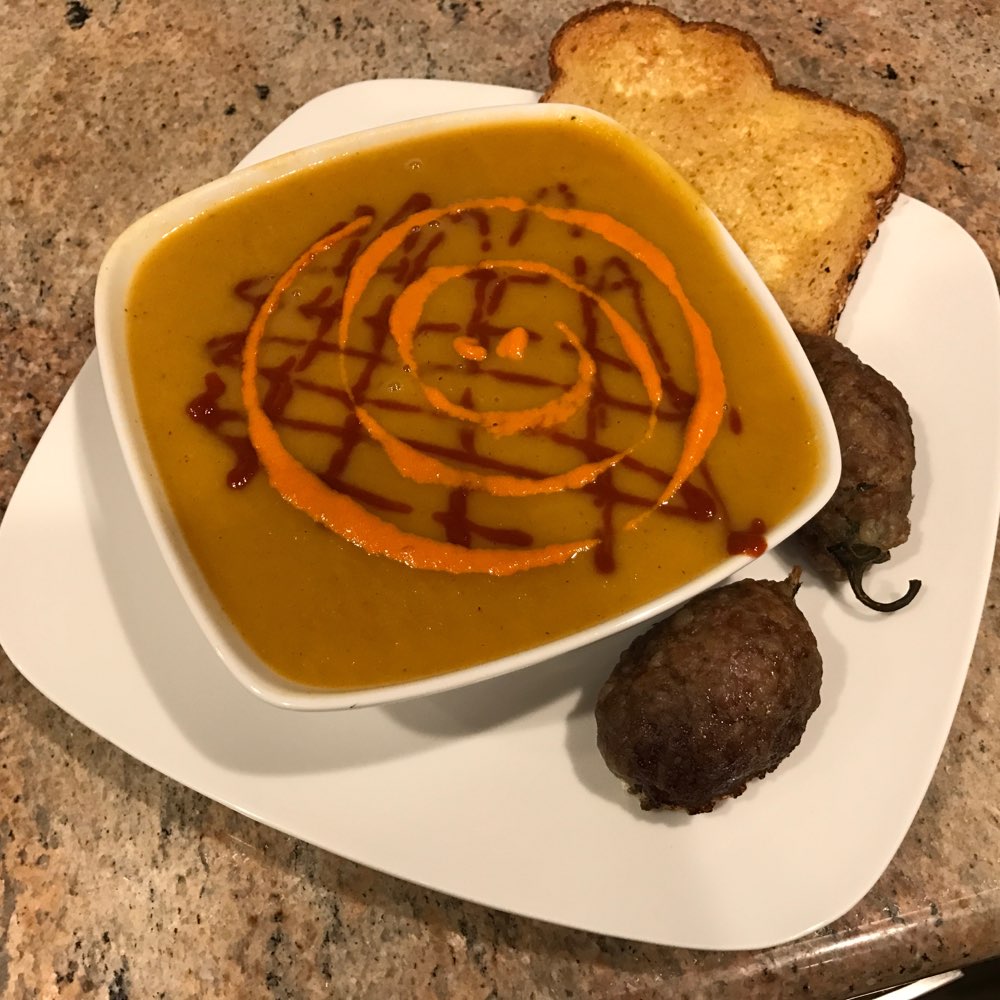