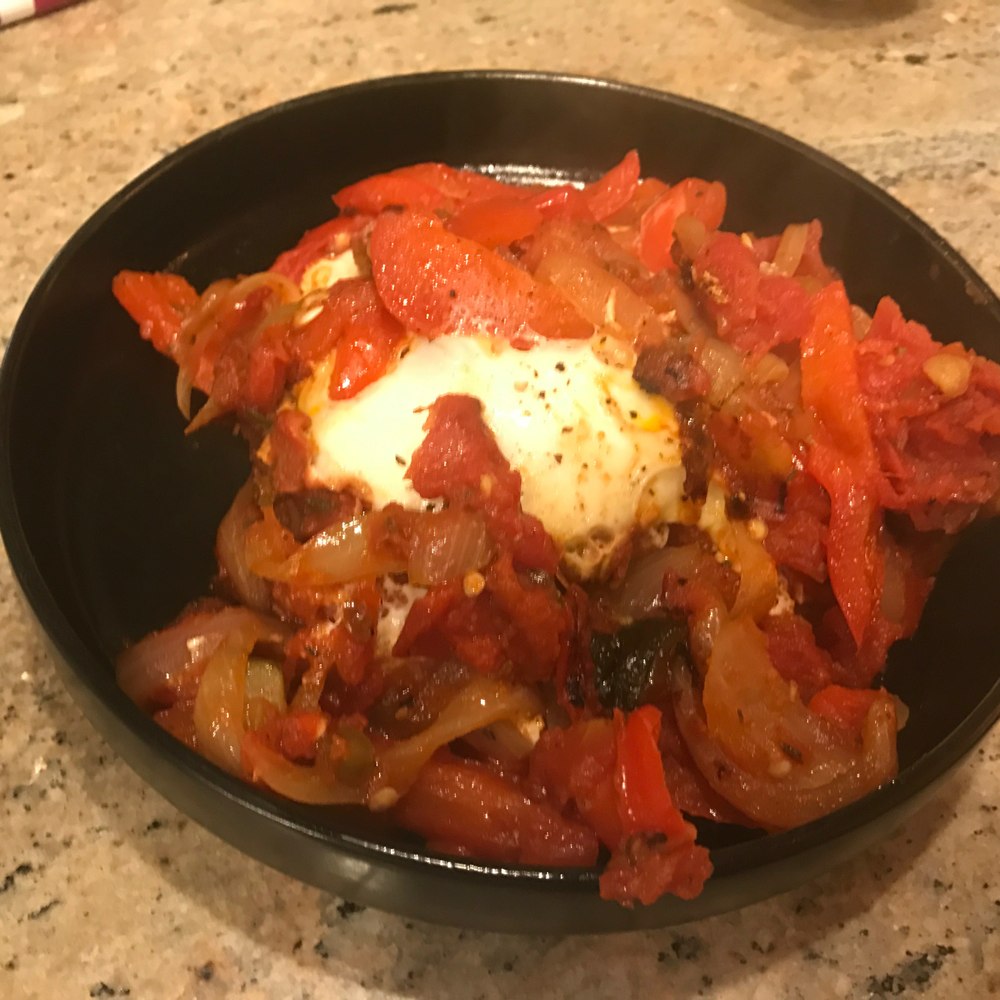 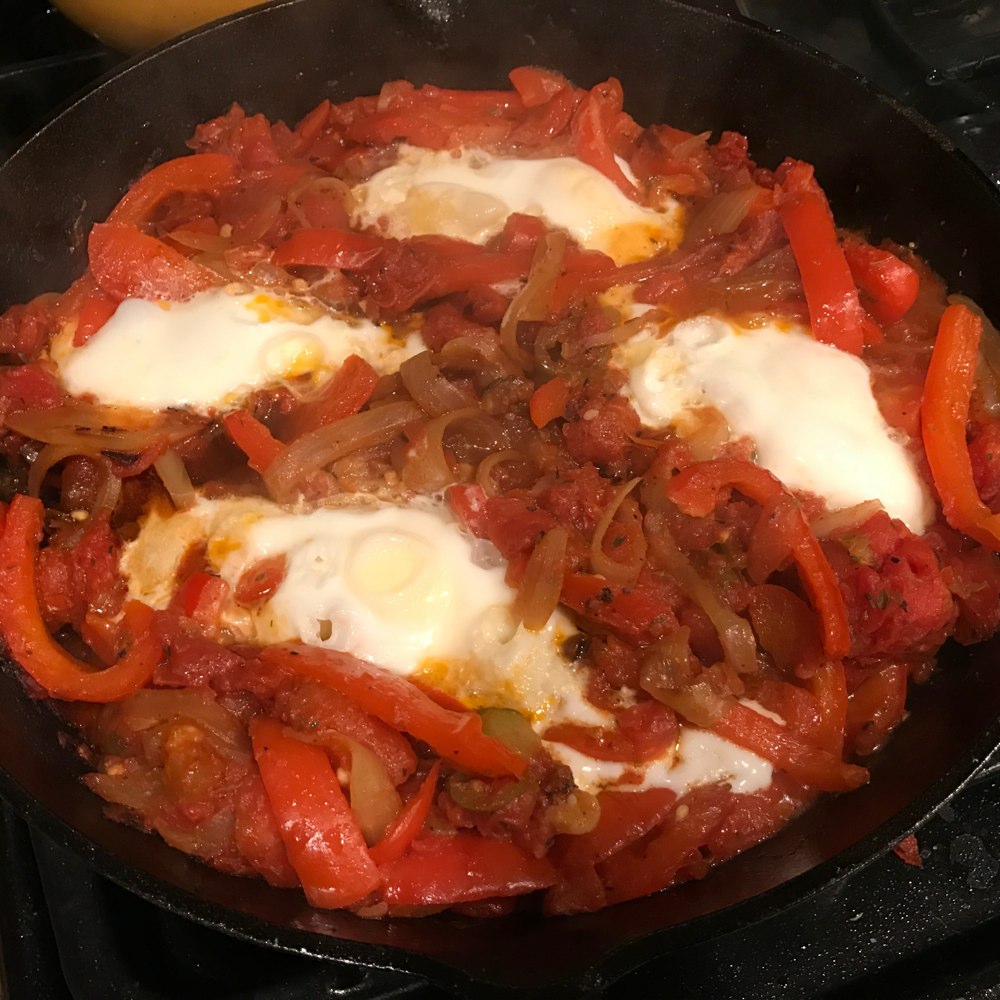 Second day of Whole30. We made shakshuka as a simple meal that we could also do some prep ahead. We cut the onions and peppers ahead of time to make life easier.

We sautéed the onions and red bell peppers (with some salt and pepper) until they were started to caramelize. I used a mix of ghee and olive oil. I then added the tomatoes and then a ton of spices:

It let it cook down and then poached eggs in it.

It came out very good. Wasn't too much work with the prep. The roasted tomatoes also gave it a very nice flavor. I also liked the caramelized flavor.