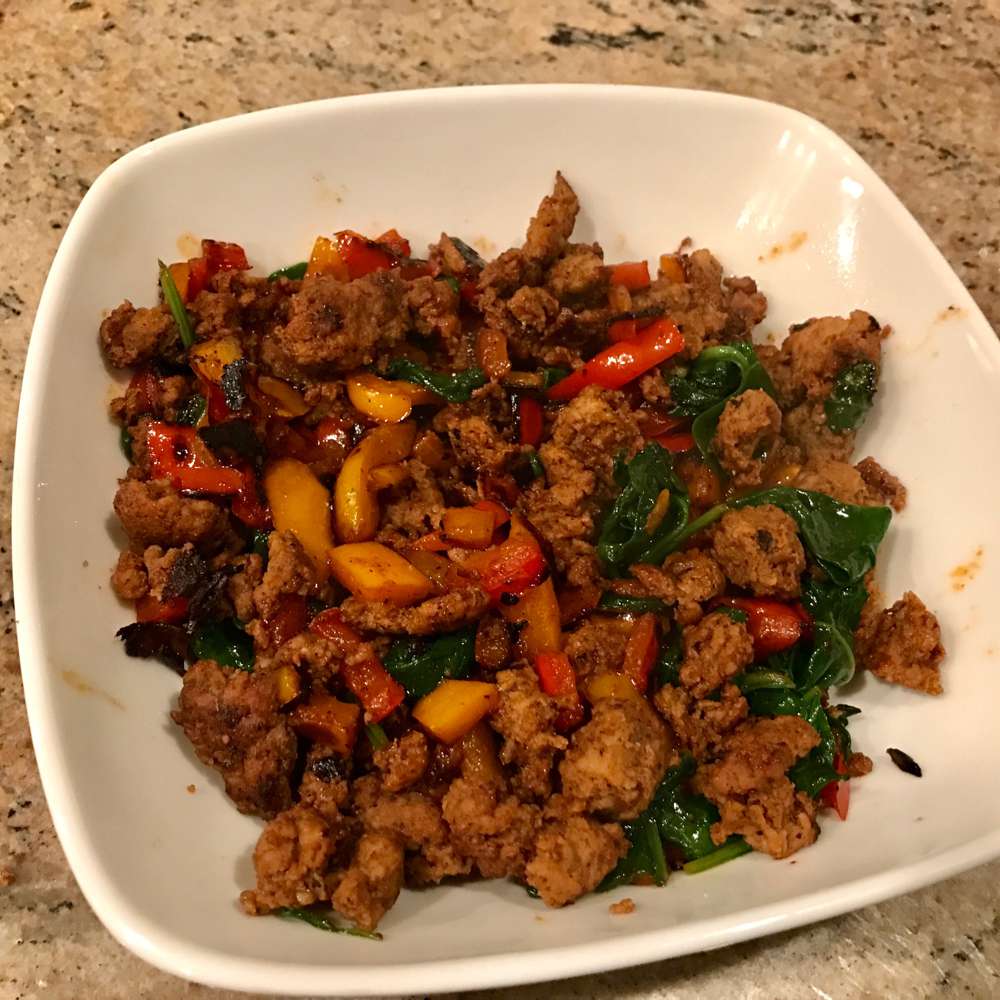 We had about 10oz of lean turkey leftover from yesterday and decided to make turkey chorizo like we did on 2017-01-20. We were originally going to also fry some eggs on the side but instead we decided we weren't too hungry and went with just sauteeing two peppers first and adding spinach at the end. Since we had less than the 1 lbs it calls for, I went scant with the spices

As expected, this was actually pretty good and pretty easy. A quick meal we will keep in mind. Also, petty tasty