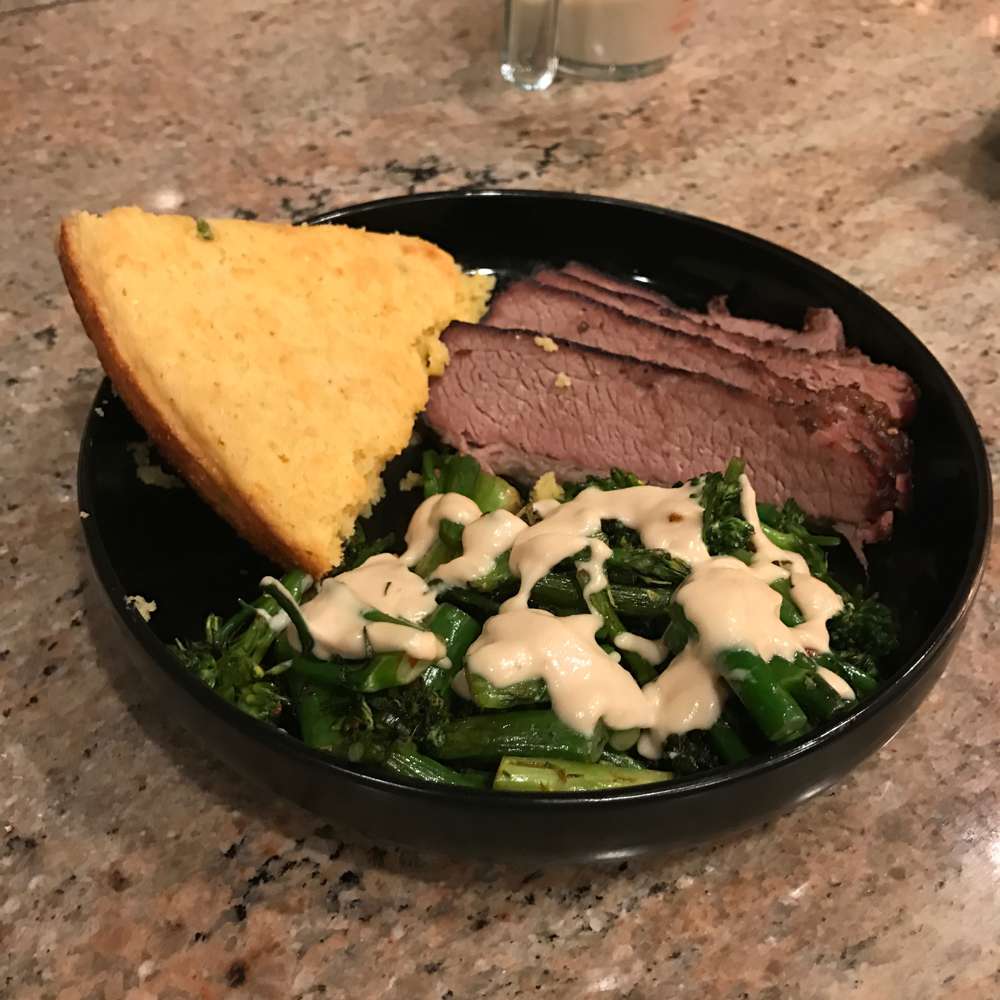 This was something of a project meal but not too bad.

For the brisket, I again followed the Serious Eats guide 1. Unlike the first time, I did it at 135°F for 72 hours (yes, 72 hours!). I then put it in the fridge and cooked it the next day.

The original plan was to grill it as per the recipe, but decided to bake it instead since we hadn't soaked the wood chips.

I followed the general idea, but I just did it with salt and pepper by feel. I did use the liquid smoke, but you could barely taste it. Next time, I would do a bit more, even if I do plan to do it on the grill.

It was pretty good. I think I liked it at the lower temperature. The meat was very flavorful. And even in the oven, it got a nice crust 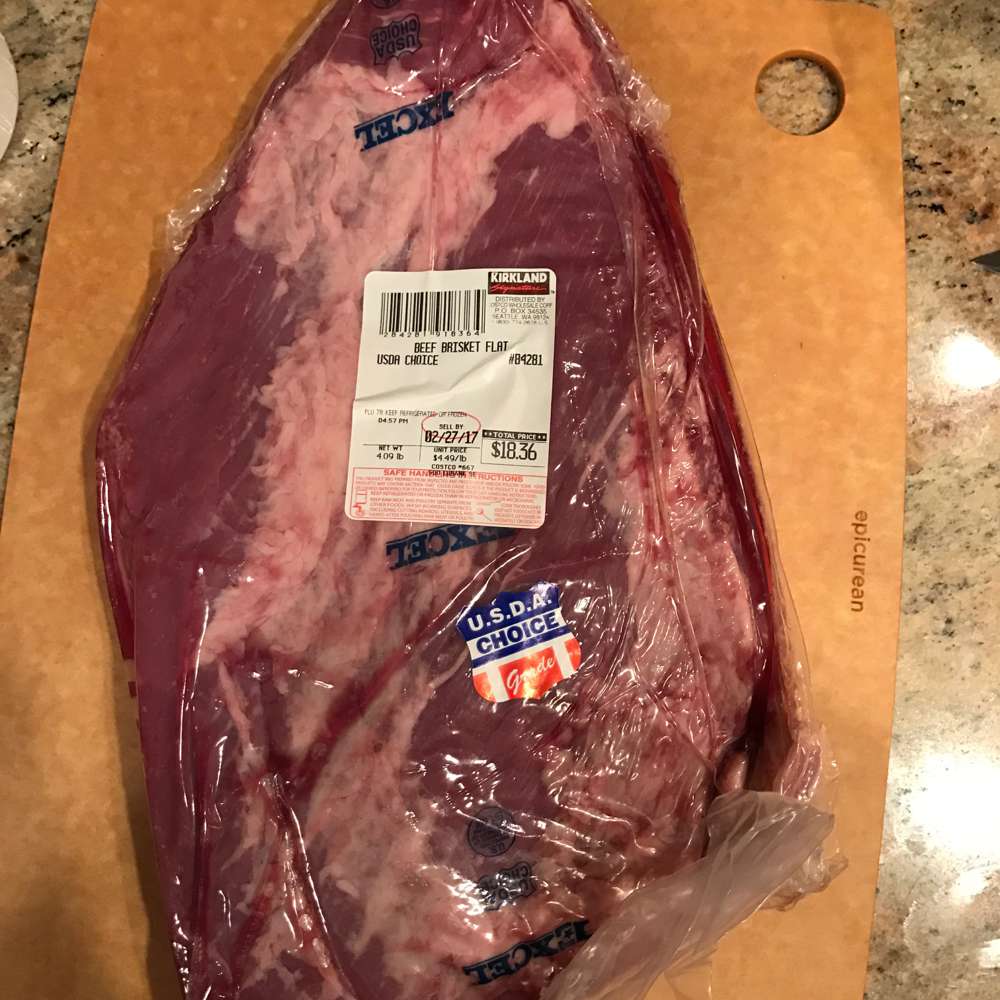 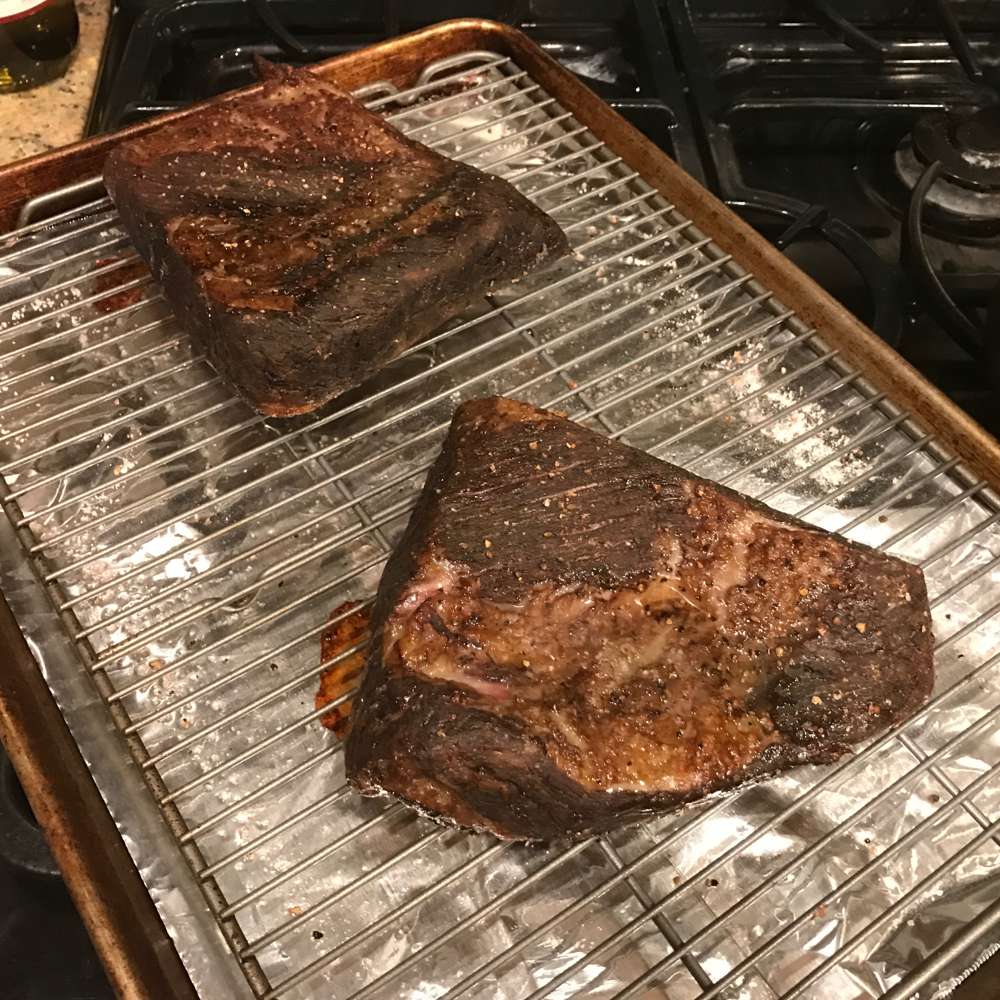 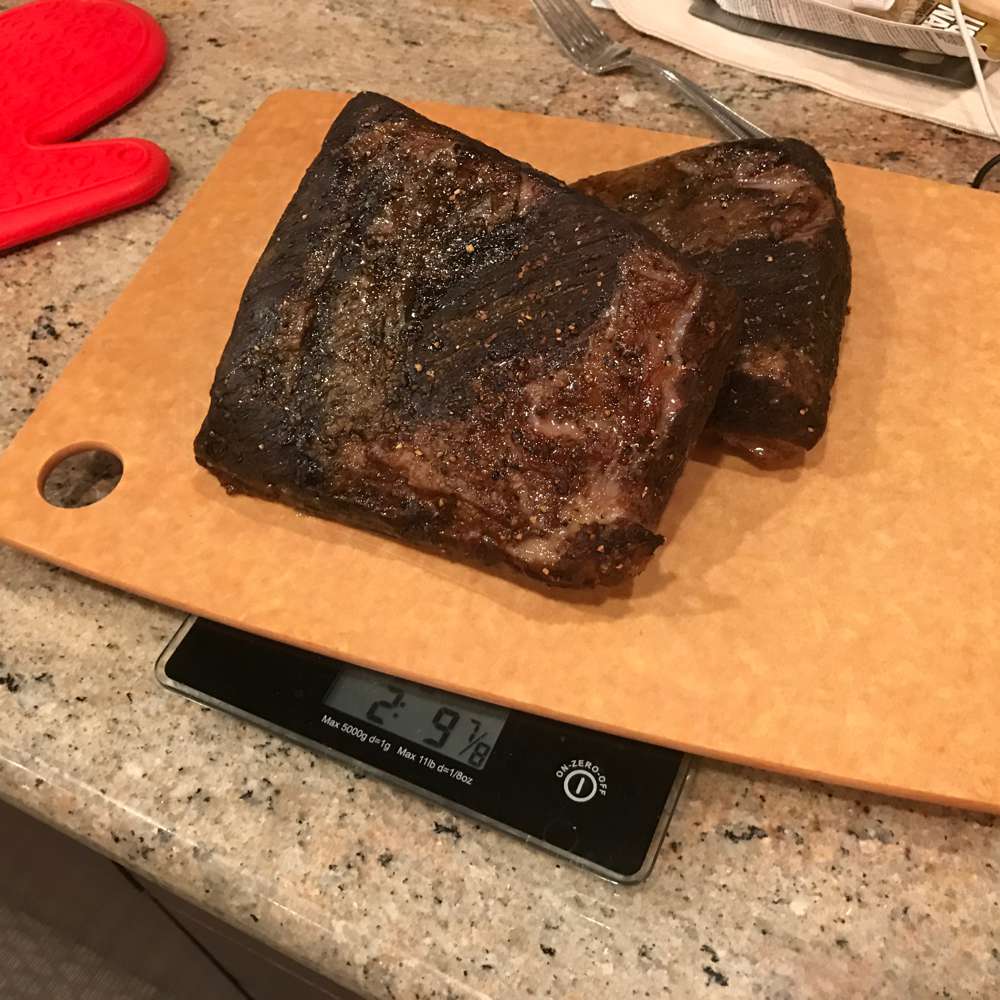 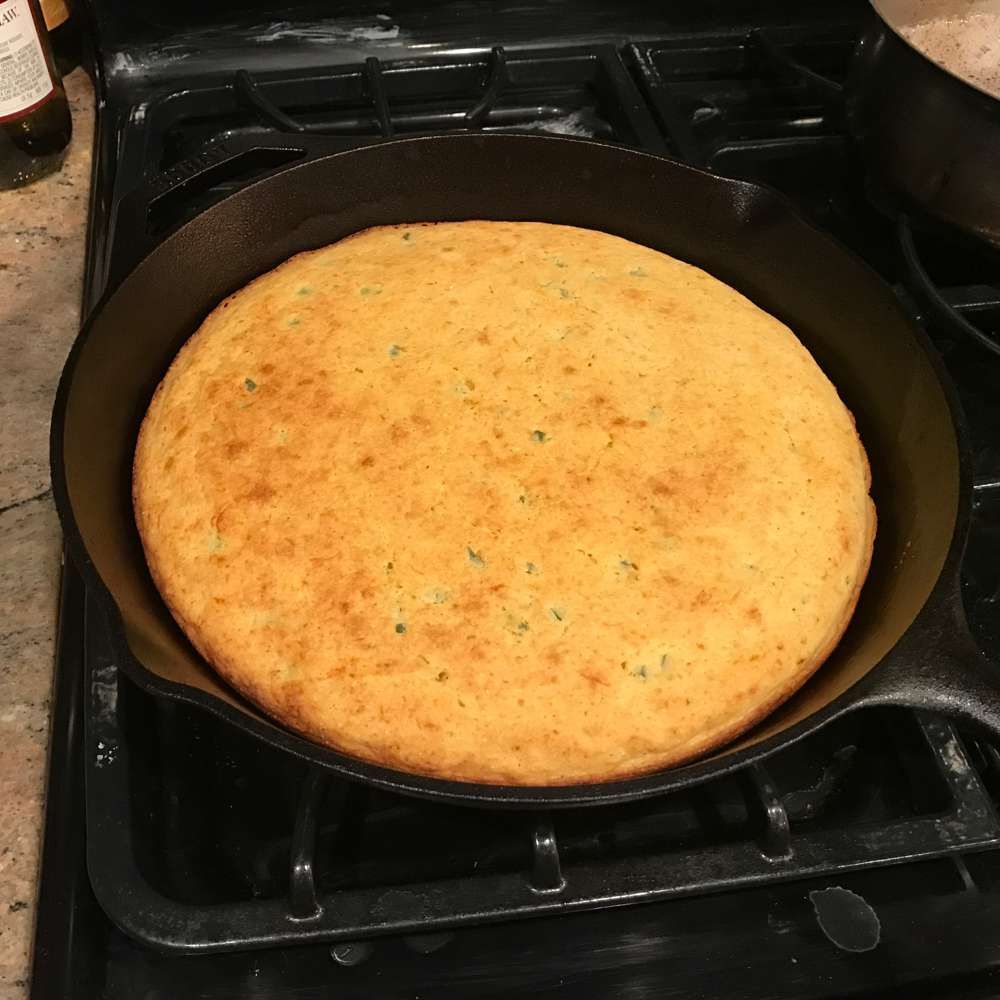 Meredith made a modified version of this Homesick Texan Recipe (Local). She used the recipe but added cheddar cheese, two jalapeños, and used ghee for the oil/bacon drippings.

It was very good but could easily have used much more salt in it and also, maybe Maldon salt on top. The texture was perfect and worked very well in the cast iron. It gave it a perfect crust (though we needed to cook it an extra 10ish minutes).

Meredith made broccolini by sautéing it with some ghee with roasted garlic powder, salt, and crushed red pepper. She sautéed it for about 10 minutes.

She topped it with Tahini sauce which worked really well.