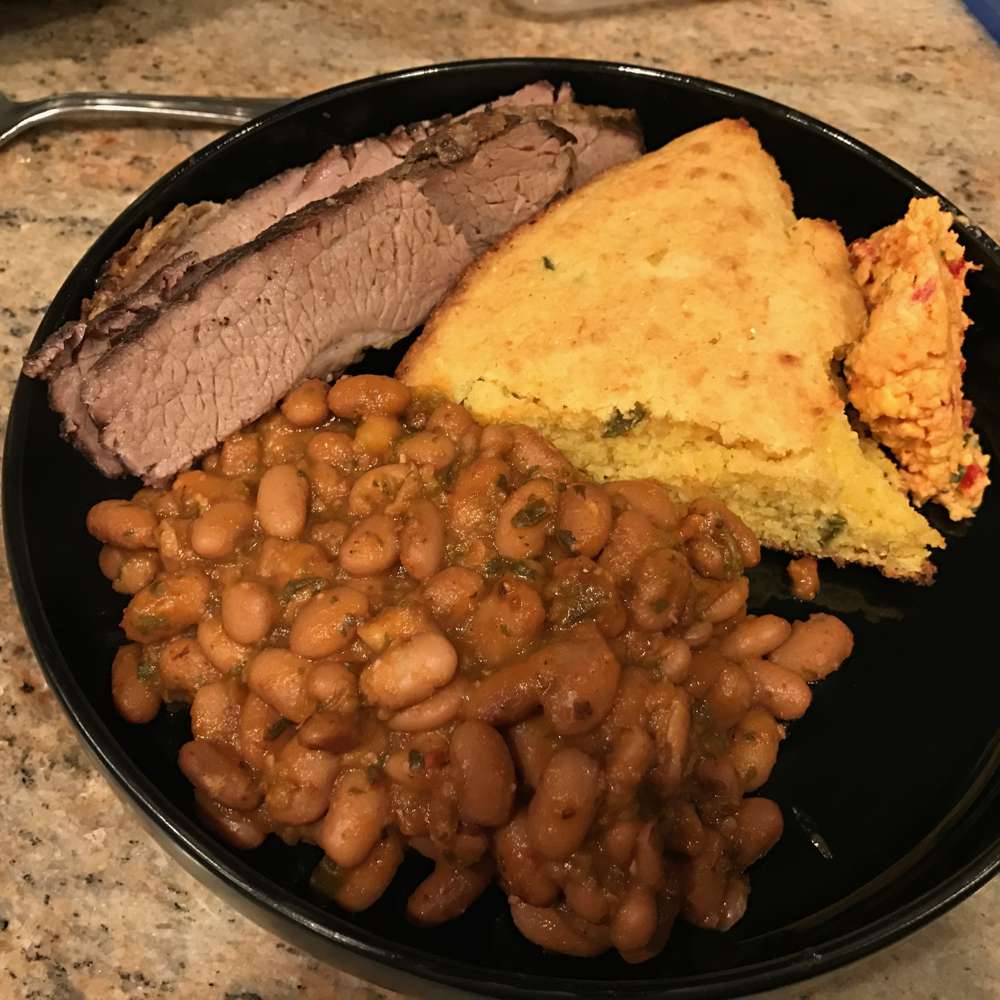 The main part of this meal was Frijoles a la charra. Meredith followed the recipe except we pressure cooked the beans. Actually, we had to do it twice since we didn't get them cooked enough the first time.

Also, we had leftovers from different meals: