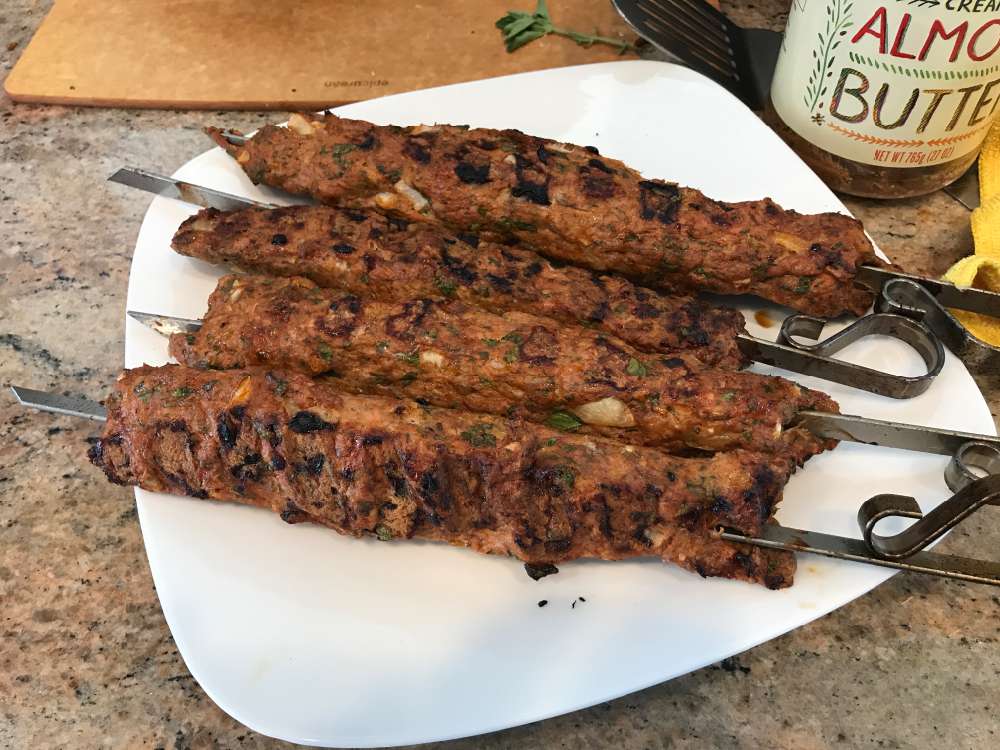 I was preparing some foods for lunches and meals later and made Koeftas again except this time I meant to do it!

I basically took the union of koftas and keftas and used about 1.5 lbs of 93% lean turkey.

I formed them on the pan which made things a lot easier. I grilled them for about 6-7 minutes per side. I also made another batch of "Cava/Greek Style" harissa, but used just a 1/3 cup of crushed red pepper.

I liked it a lot again. A bit strange as some of the cinnamon flavors came through, but certainly not bad. 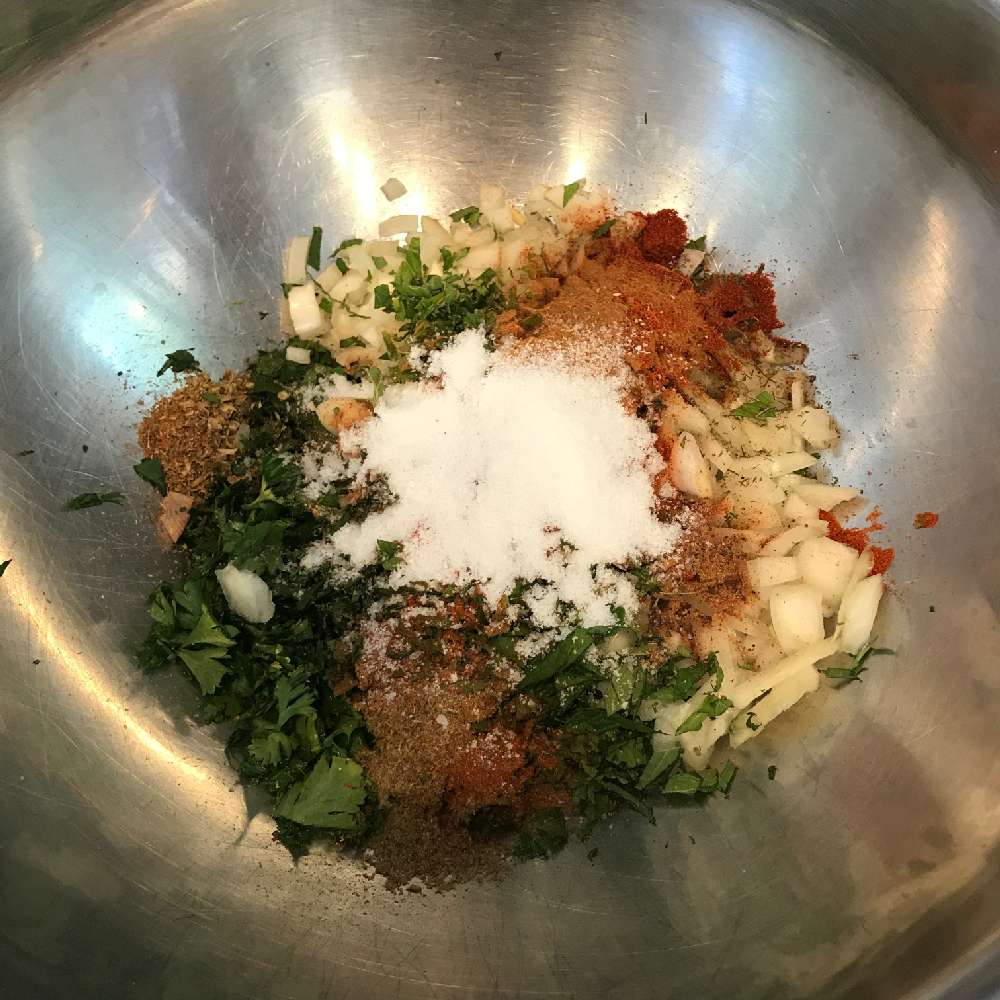 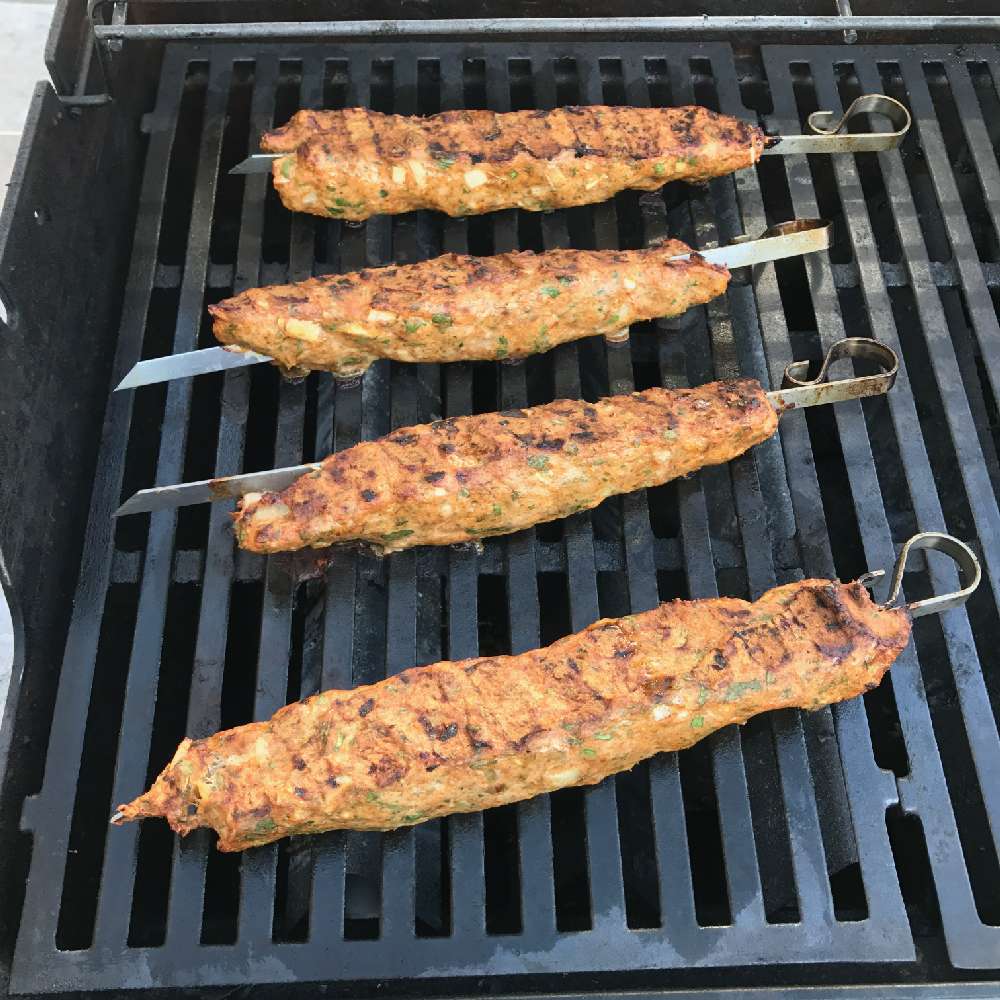