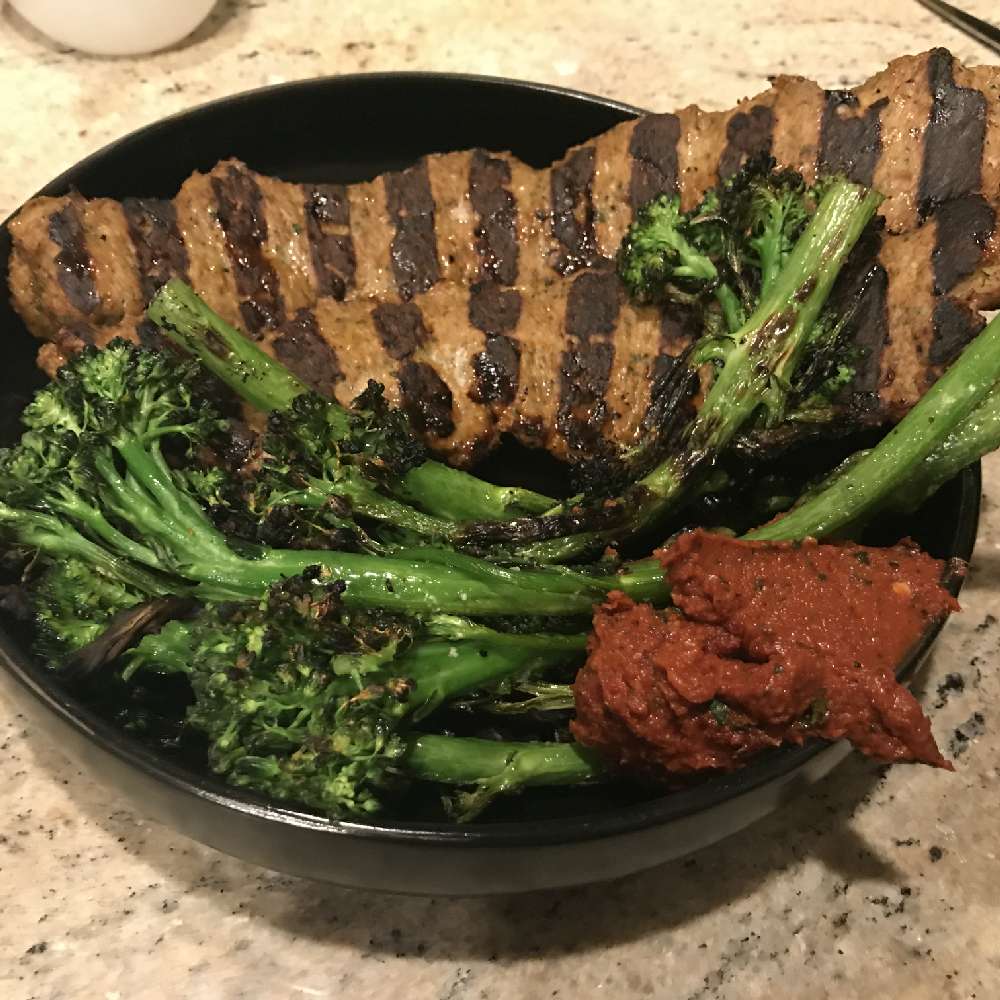 I've been thinking about how I make kabobs and read something about doing it more like a sausage and more ground up.

This time, I kind of winged it from the basic recipe. The biggest change was that I only had cilantro so no parsley (see also, the cava-style harissa below). I mixed everything but the turkey in the food processor. Once it was well ground, I added the turkey and ground it just enough to mix it all.

Well, it was super messy! It was really sticky and hard to form. I ended up putting the whole thing in the freezer for a while to re-solidify.

It grilled up nicely enough but was probably not worth all of the mess. Also, the texture was a bit chewy and springy. I think I would consider making all of the ingredients into a paste with the food processor but them mix it by hand (or really, I could use the mixer but that is way too much work).

I also made the regular Cava-Style harissa except I just used cilantro instead of parsley. It was pretty good after it rested for a bit as it always seems to need. I think it is better with parsley though.

I also grilled up some broccolini 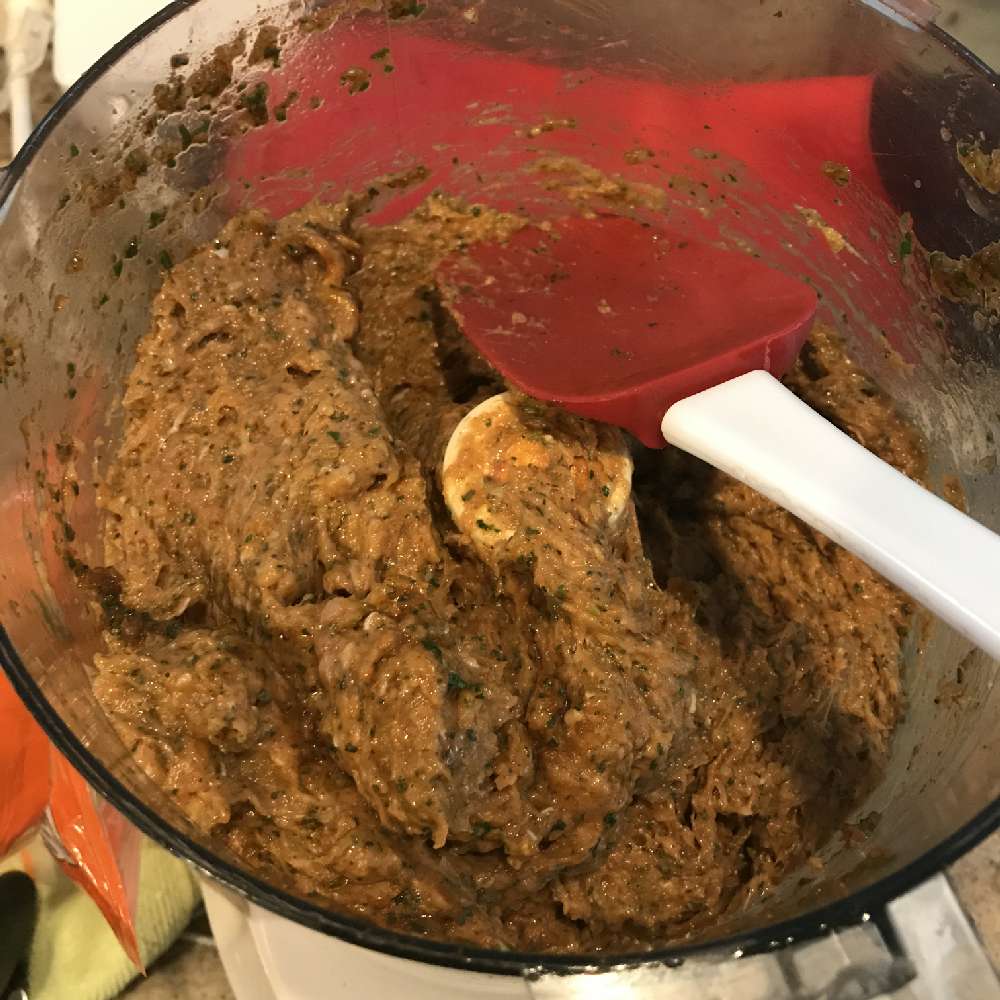 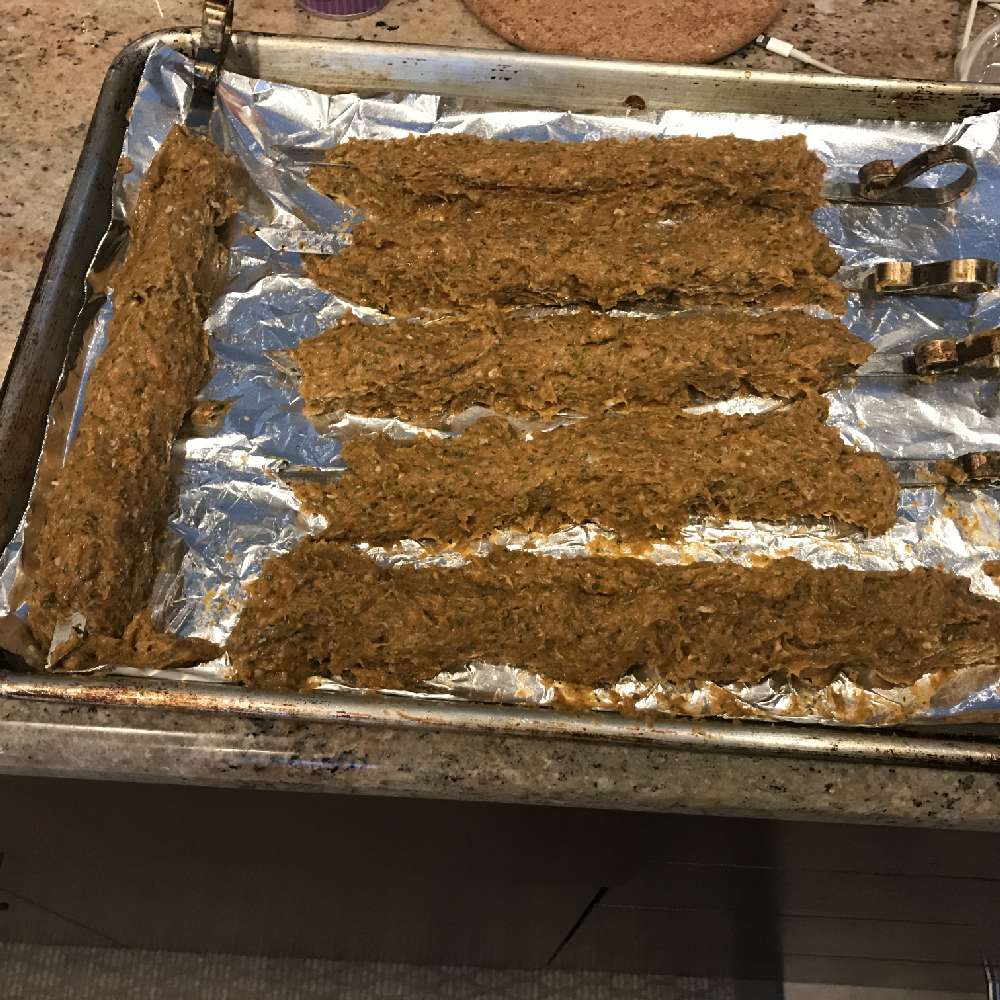