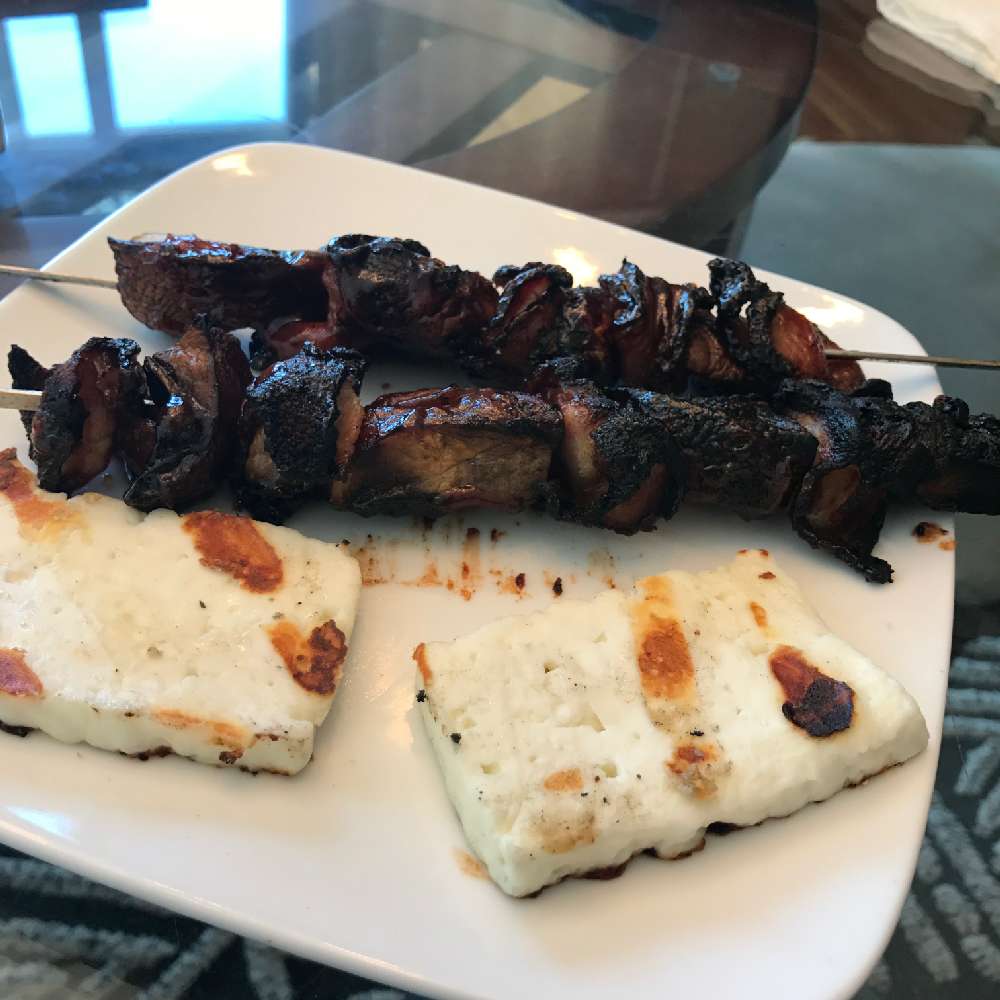 I made a BBQ version of Mushrooms With Bacon and Teriyaki Glaze. I had to use a cut up portabella which worked ok, but wasn't great. I also grilled it a bit too hot and got the bacon a bit too charred. I still brushed it with Sweet Baby Rays BBQ sauce instead of teriyaki. I liked it a lot. Different flavor but the sugar still caramelized nicely!

I also grilled some halloumi on its own. Nothing really to it but it was delicious!