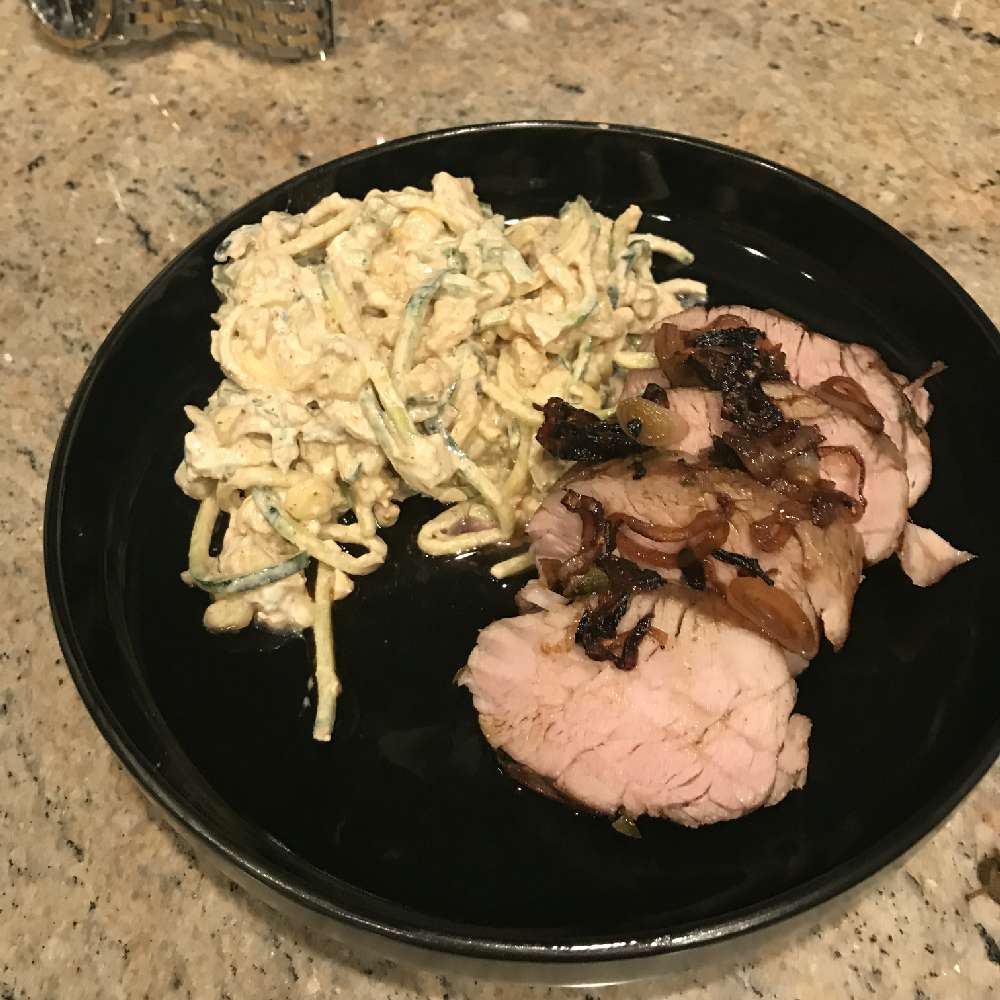 I made sous vide pork tenderloin. As usual with sous vide stuff, I followed The Food Lab, and the recipe. Local recipe (with a PDF of the article there too).

I really basically followed the recipe pretty closely. I used a handful of fresh herbs from the garden plus a few shallots and some garlic. I sous vide cooked it at 145°F (Between the medium and medium-well doneness) for about 2.5-3 hours.

I seared it and added butter and shallots as the recipe suggests and then made a pan sauce. I had some trouble distributing the herbs, but I think the flavors all got there.

I also made elotes salad as we have before. Meredith actually directed but we followed the same basic idea as before, again with out mayo. We used jalapeños and no cilantro. Also some chipotle powder.

The pork tenderloin came out really good. It was really juicy and you could really taste the aromatics. Nice texture too! The elotes salad was also good. A bit spicy but still good. 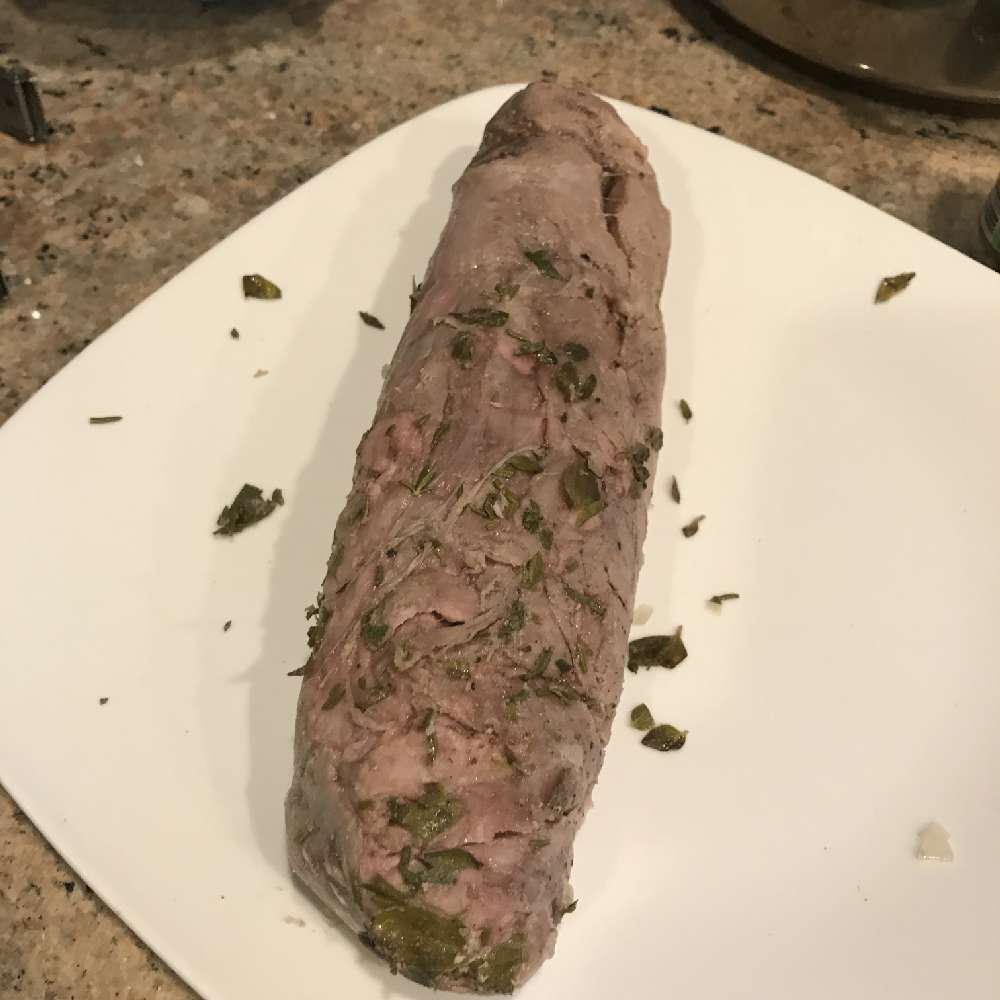 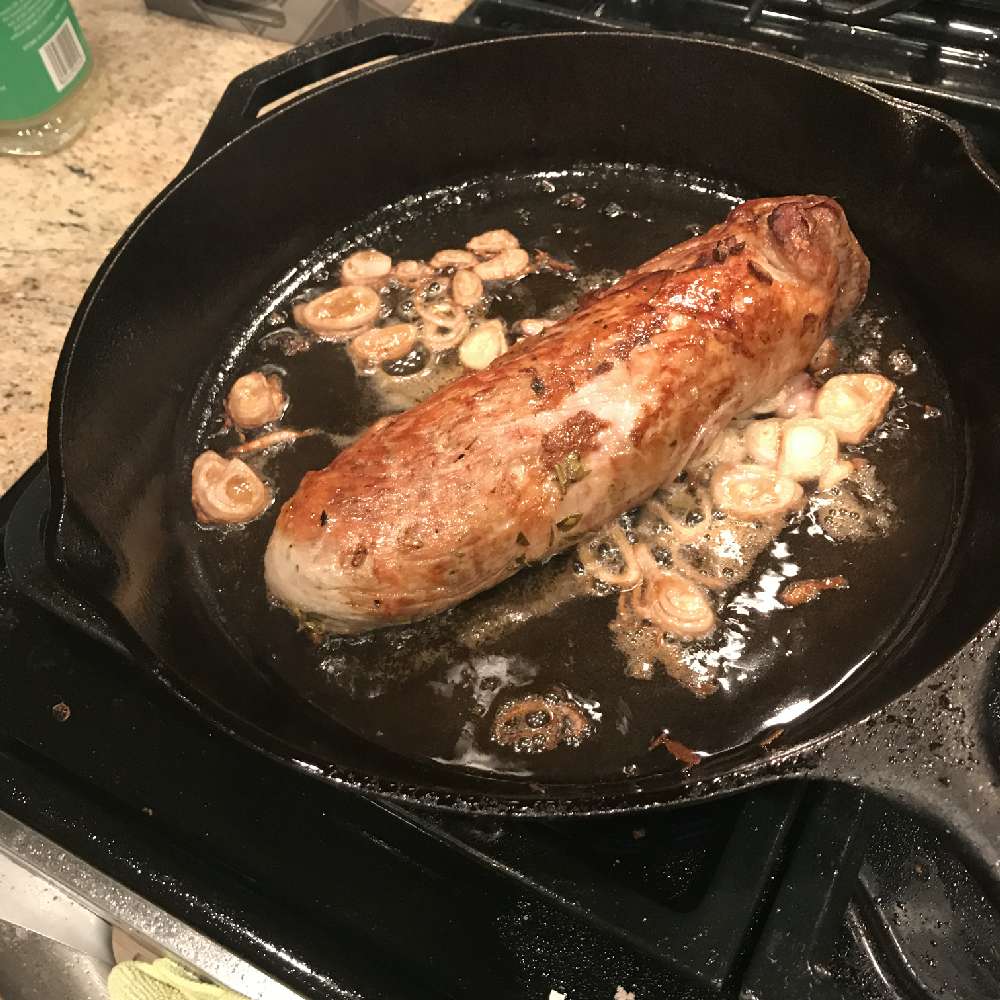 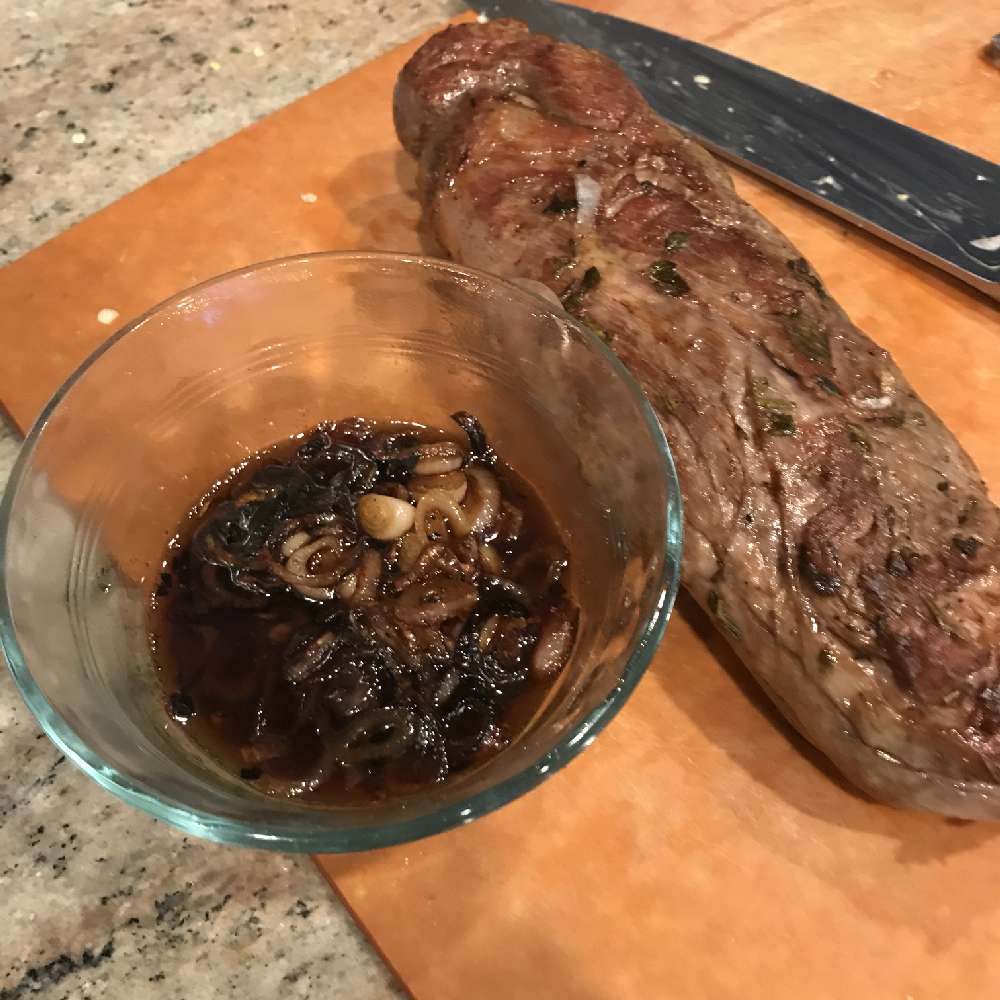