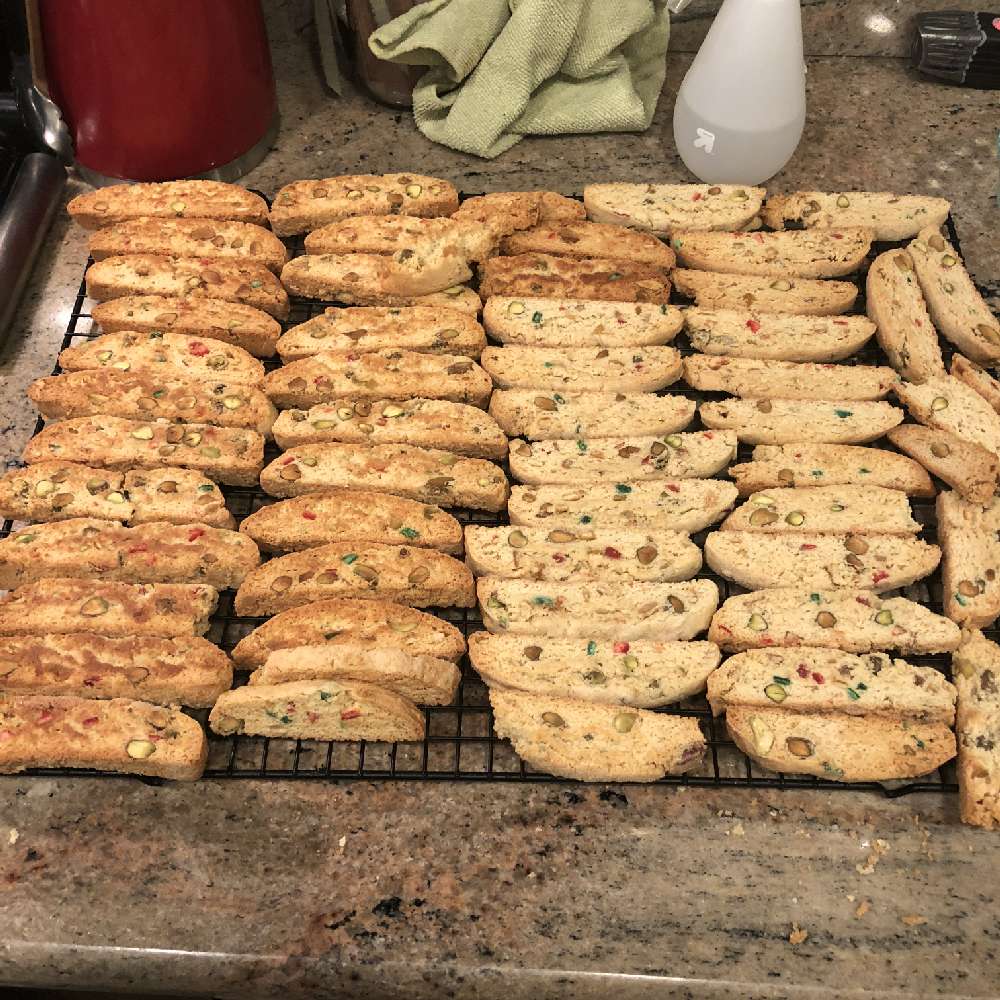 I made two more batches of biscotti. I stayed pretty true to the recipe but adjusted the temps (though not the same as I suggested last time). For the first batch (2017-12-16) I again used fruit cake mix but for the second, I used cherries.

For the first I did:

They came out pretty good. Maybe a bit too cooked from the toasting. But I still struggled to get them off the pan after the first. I used non-stick aluminum foil and I had to get the spatula under them to separate. The problem was, maybe they still weren't cooked enough because it broke trying to move it to the drying rack. For the second loaf, I slid it. I do think they needed more time!

For the second I did cherries instead of the other fruit and soy 350° for about 33 min. The outside was more cooked but still super soft inside. I think it’s fine since it gets cooked again but it was still hard to work with.