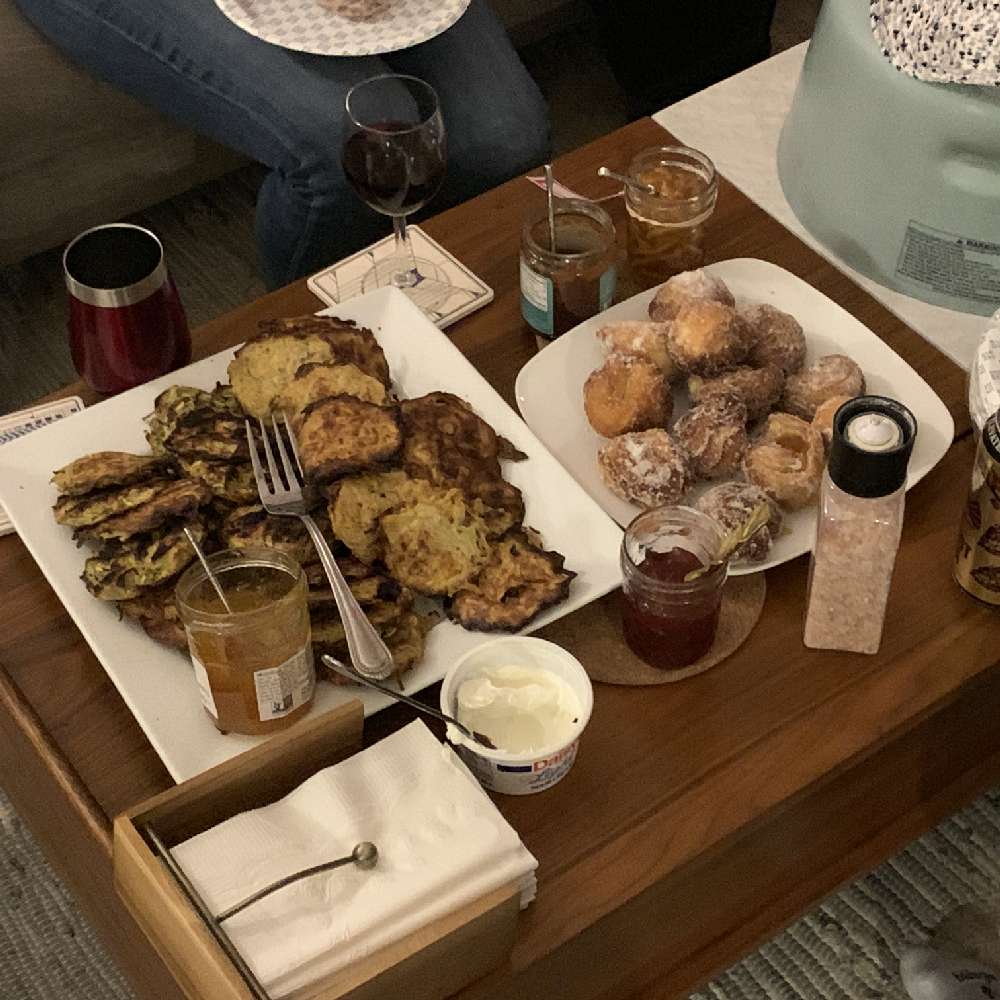 We had a Chanukah Happy Hour with some friends, including my Dad (it was his last night in ABQ). We went low key and only made a few things. My dad took care of the latkes and Meredith and I made sufganiyot (Jelly donuts).

My dad made the latkes with his baked latke recipe in two batches. The first one, he replaced the butternut squash with zucchini (a la zucchini fritters) though the didn't drain it well. The second batch was normal except, because it had to sit while waiting for the others, a lot of water drained out. It still tasted great but he had to trim the parts off! 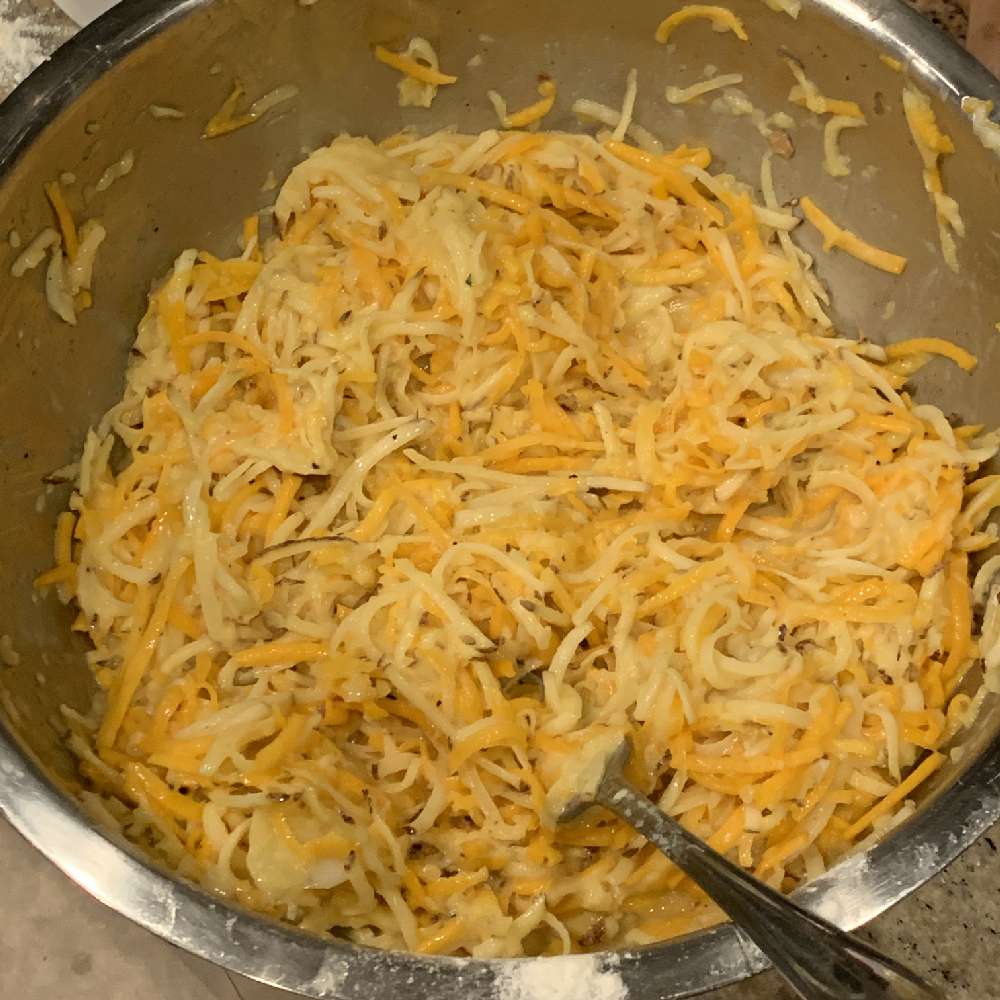 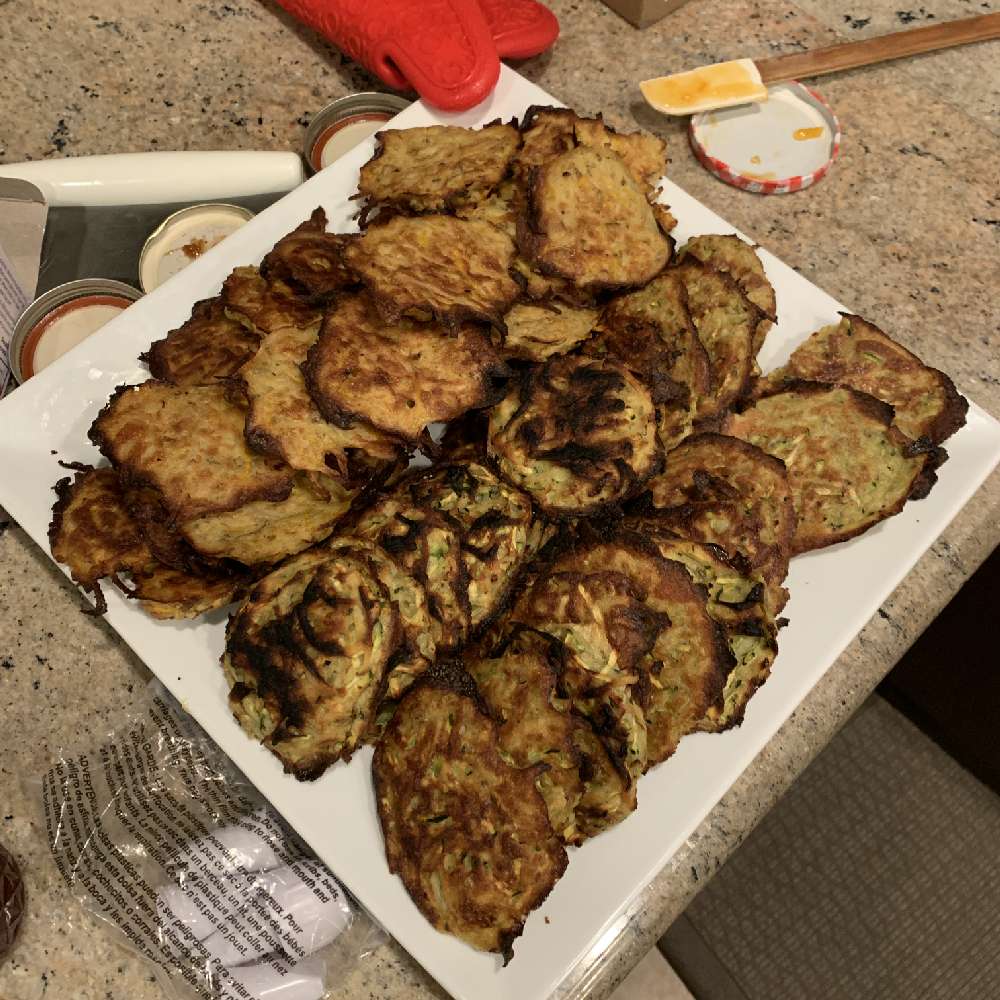 Meredith found this sufganiyot recipe (LOCAL) so we went with that. This was actually my first time deep frying anything and I think it went well. I heated the oil in the enameled dutch oven (which is good since it hold the heat). Getting the temp was a bit hard since my Instant Read thermometer only goes to 300° and the candy/fry one didn't sit well. I kind of guessed and it worked out well.

Meredith had halved the biscuits so they were a reasonable size (and they grew!). After they were done and had sat on paper towel, Meredith tossed them in a bag with granulated sugar. We used the piping gun to fill a few but then decided to let people spread whatever they wanted on them.

They were really good! I think I should get a thermometer gun though if I am going to fry things again! 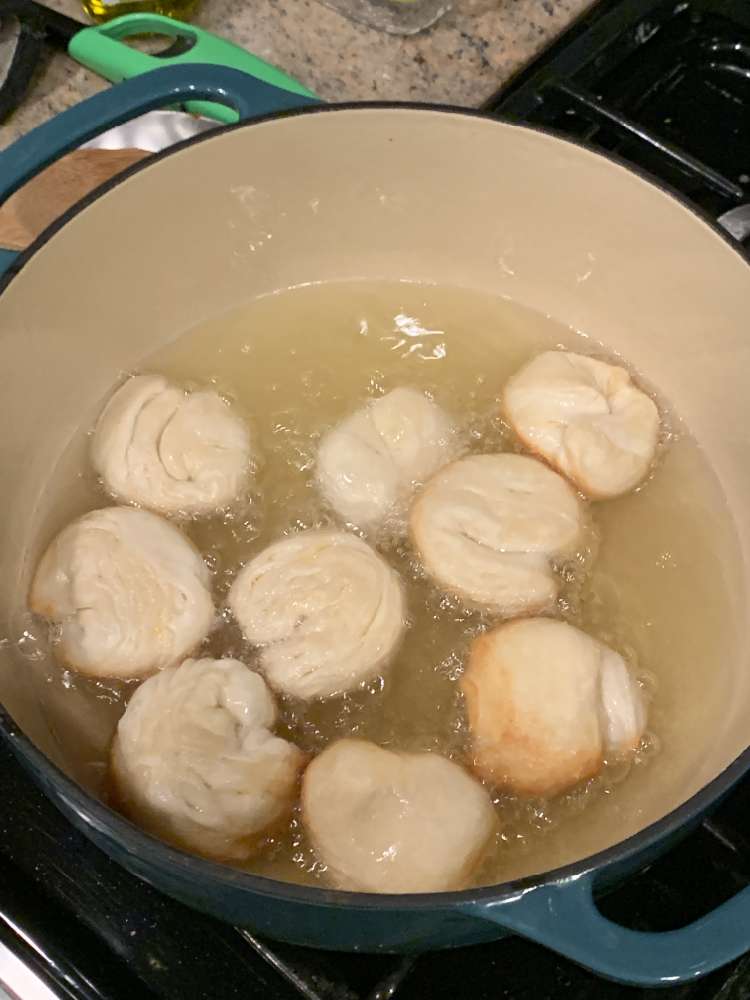 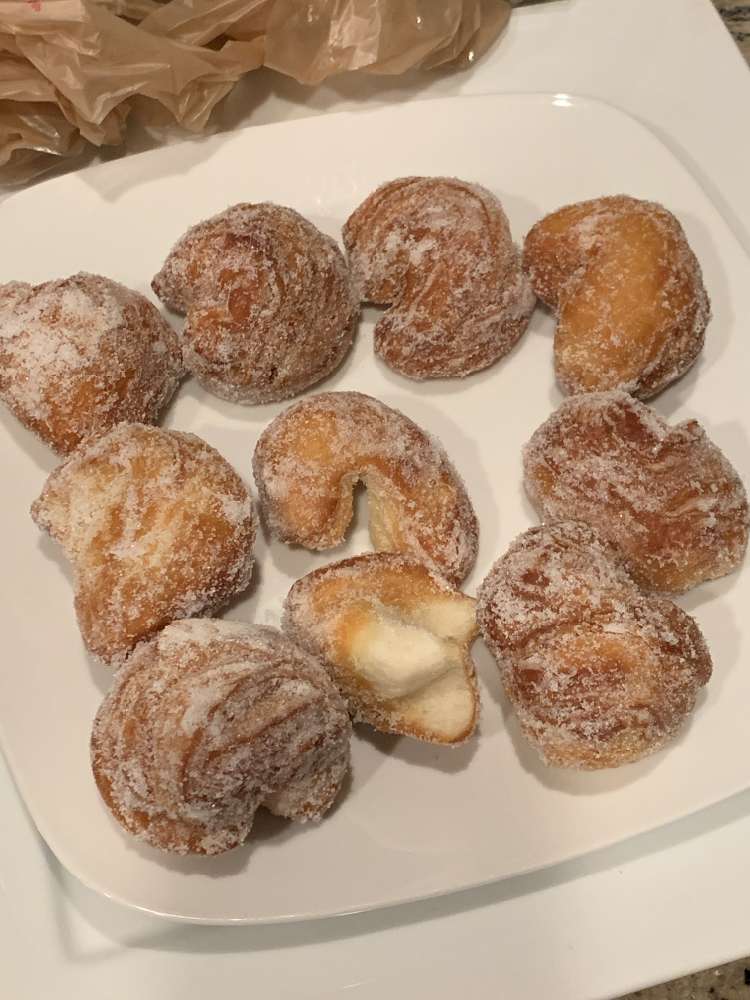 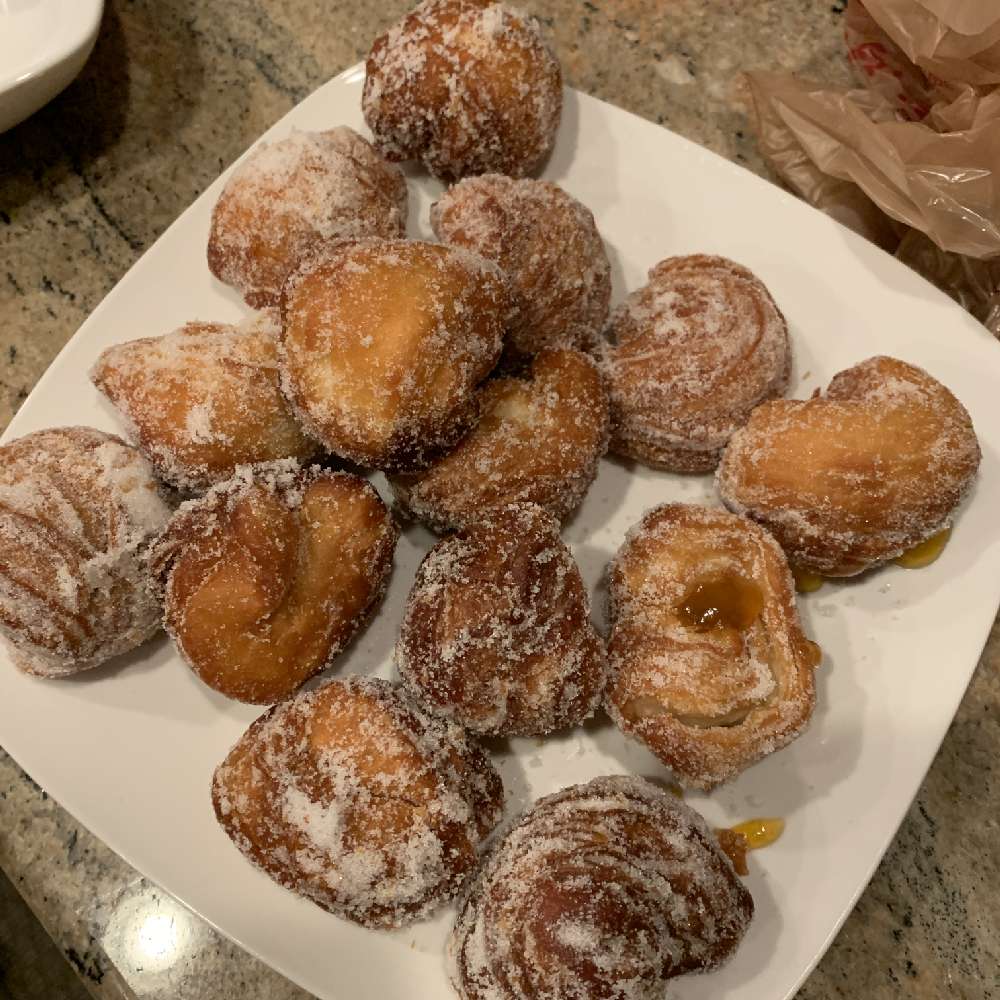