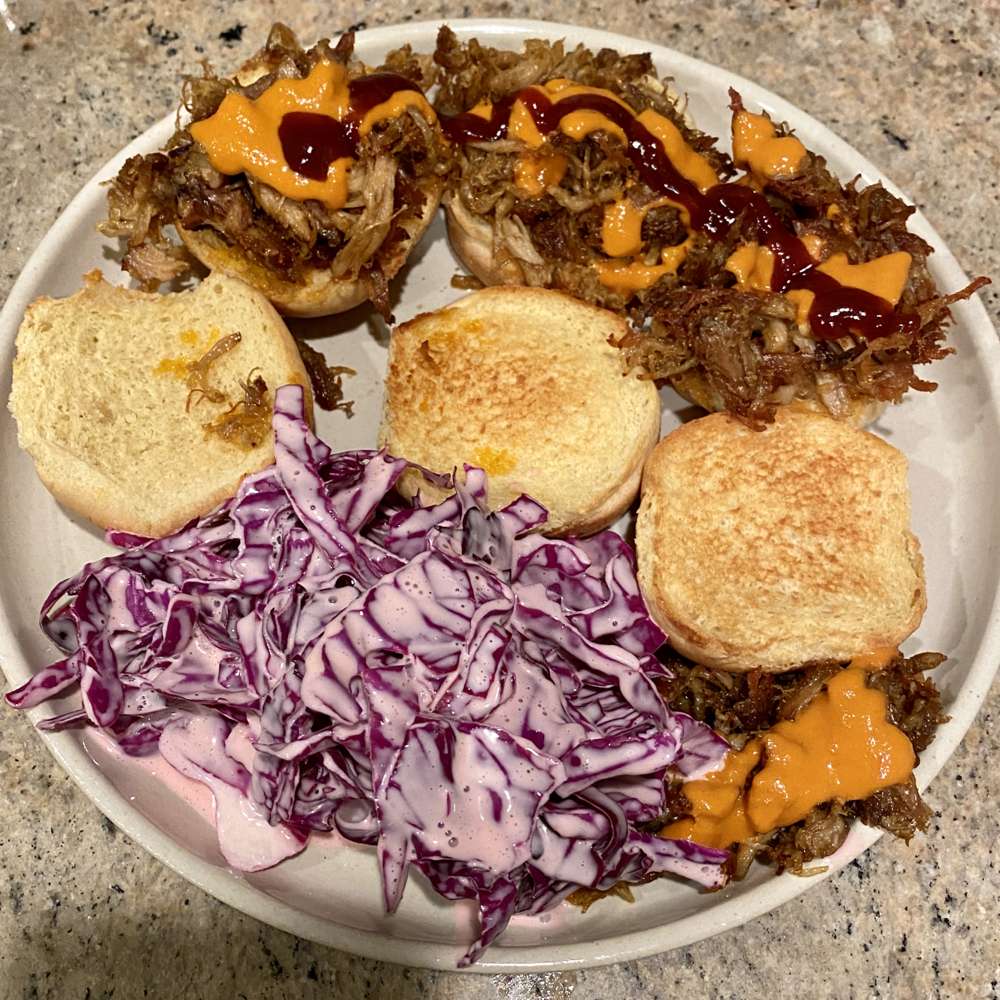 I made "Crispy Pulled Pork". That wasn't my intention but it is what ended up (and it was really good). I actually did this two days in a row.

I was using semi-defrosted leftovers of sous vide pulled pork. To heat it up and to speed the defrost, I put it in a non-stick pan, added a tiny bit of water, and let it heat. I thought maybe I had added more water than I intended since it was very wet. Then I realized I was actually rendering fat!

So I did the same the next day. I took the (now fully defrosted) leftovers and rendered, then drained the fat. I then spread the pork as thin as I could on the pan and let it crisp. I drained more fat as I went. It was actually pretty gross! But it worked well!

I also made Coleslaw but I did a poor job of reducing the recipe and ended up with it being way too wet. It was better tasting the second day. 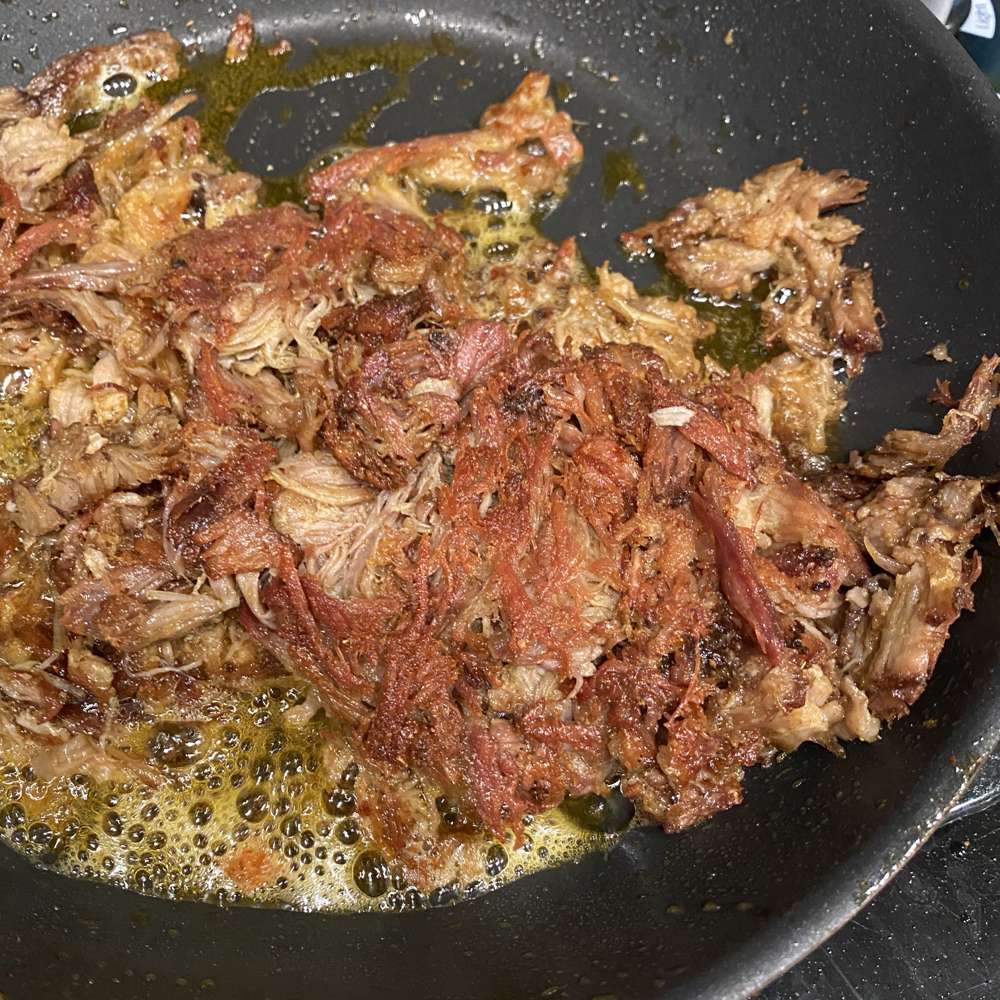 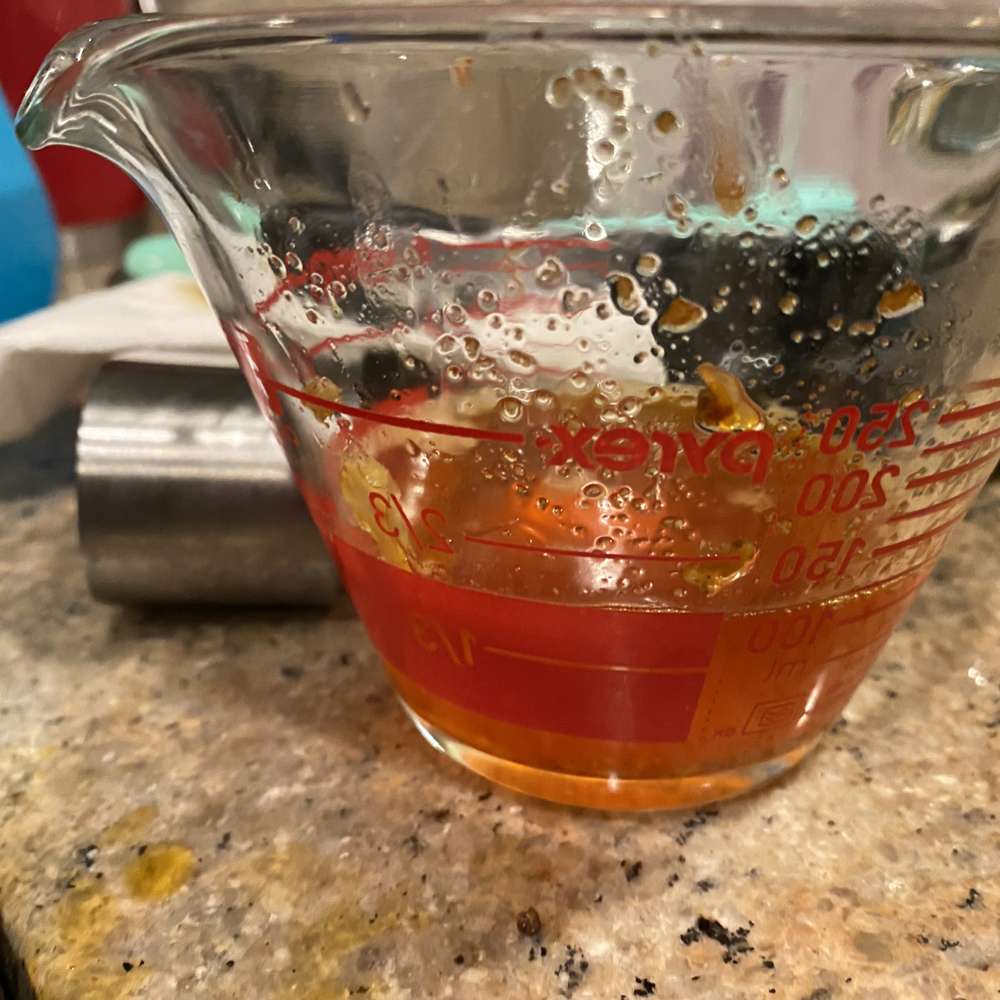