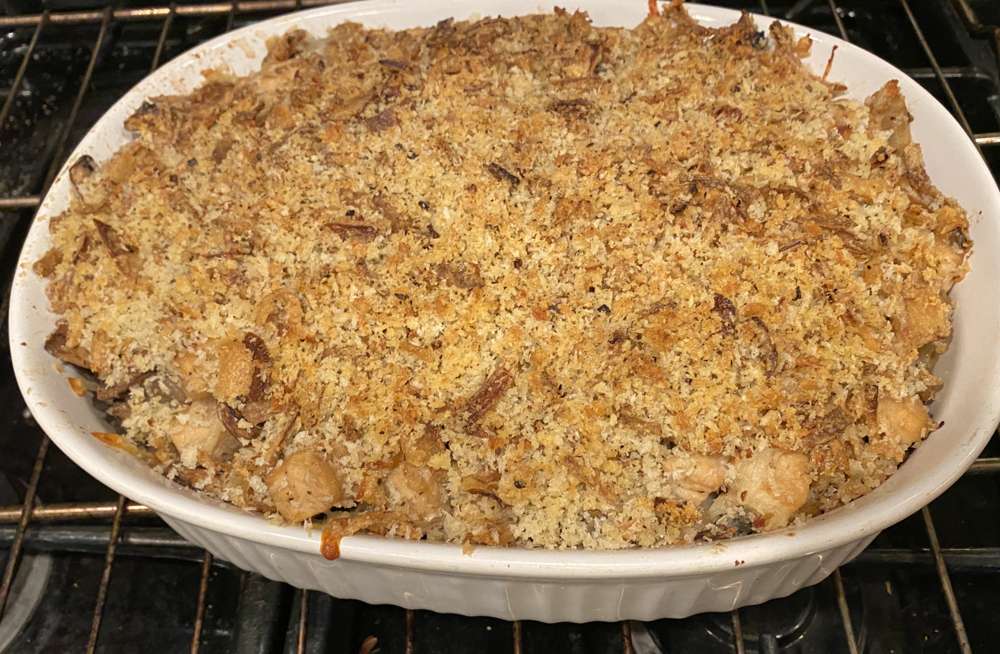 I made Stuffed Mushroom Casserole using Quorn instead of real meat. I prepped it last night. Just the onions and mushrooms. I used pre-sliced mushrooms which made it so much easier but also meant I had to cook it sooner.

I basically 1.5x everything!

To make it, I added the cheeses (using Romano instead of Parmesean left from the meatloaf) and then made the breadcumbs sans crushed red pepper (for Caroline).

It needed lots of extra time. Initially baked for about 20 min but it wasn't enough (though a good temperature for Caroline). I put it back in at 400°F for about 30 minutes, then covered it and left at 325°F for another 30 or so!

Also, some of the fried onions were regular ones and others were garlic-pepper flavored. 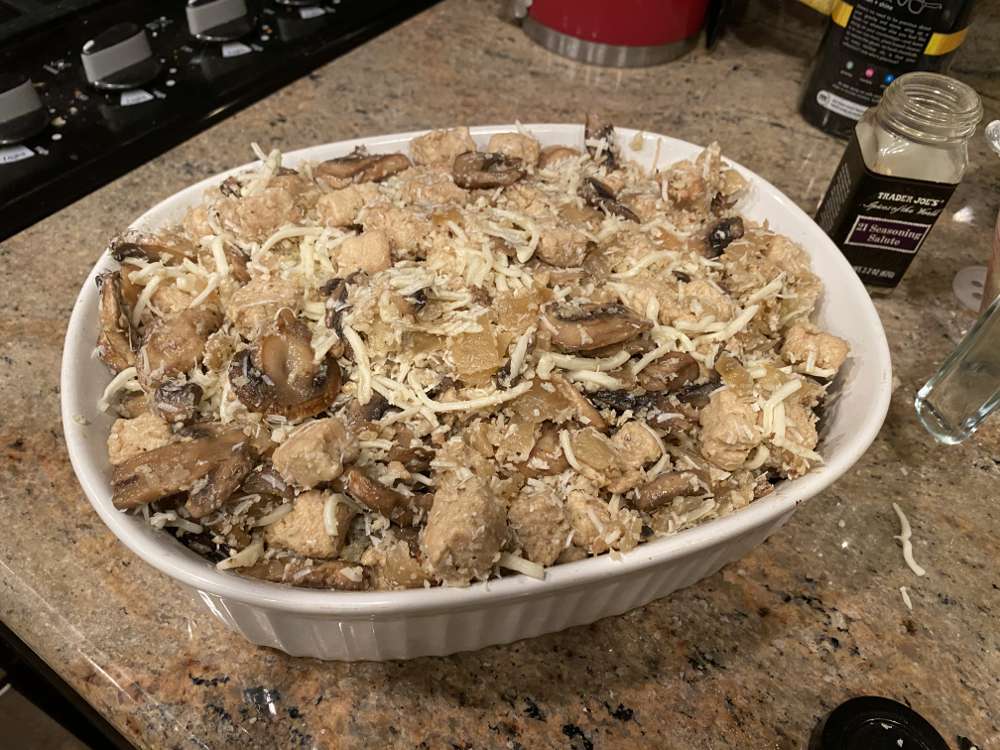 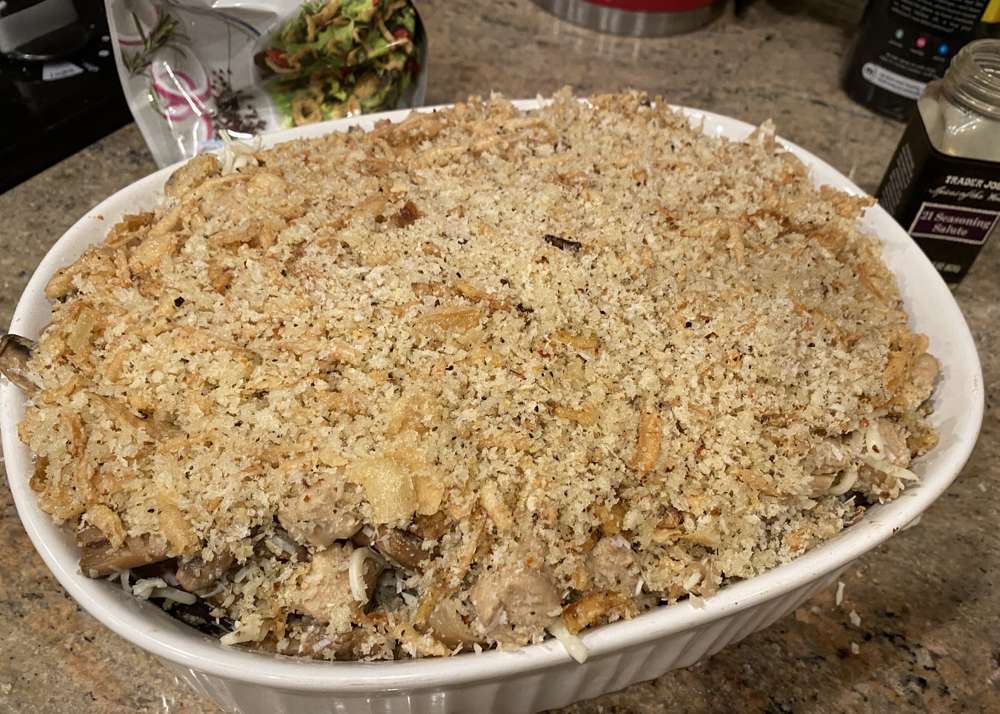